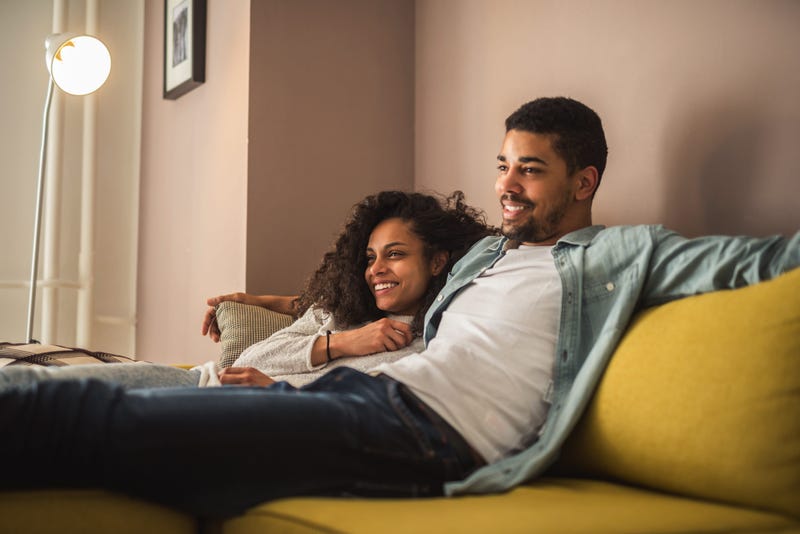 As your romantic Valentine’s Day dinner winds down, you’ll need the perfect romantic movie to help set the mood for the remainder of the evening.

Luckily there are plenty of heart-pounding romances to be found on streaming platforms.

To avoid awkwardly scrolling through options while your date’s patience dwindles, fire up one of these sure-fire winners.

Andie Anderson’s (Kate Hudson) plans to self-sabotage her relationship for a groundbreaking editorial piece backfire when she meets Ben Berry (Matthew McConaughey), a man who makes a wager that he can woo any woman to fall head over heels for him. McConaughey and Hudson are a dynamic-duo in this classic rom-com.

Add a little cinematic gravitas to your romantic streaming with Oscar-winning “Her”, Spike Jonze’s thoughtful investigation of love in the digital era. Joaquin Phoenix forms arguably one of the most romantic relationships in modern movie history with the disembodied voice of Scarlett Johansson. It’s powerful love doomed to fail, aka exactly the deep feels your V Day needs.

In the summer of 1940, Noah (Ryan Gosling) and Allie (Rachel McAdams) experience a whirlwind romance that ends in heartbreak when her parents disapprove of the relationship. But this romantic story of “true love” ensures that what’s meant to be will always find a way.

To All the Boys I’ve Loved Before

Based on the best-selling novel by Jenny Han, “To All the Boys I’ve Loved Before” follows a high school student who secretly writes letters to her crushes with the intention to never send them … until they accidentally get out to those crushes … which leads her to fake a romance … and the whole thing spirals out like a typical high school love drama but with a smarter edge. If you like it, the sequel just started streaming on Netflix too. Turn it into a double feature.

Love trumps all in this Adam Sandler- and Drew Barrymore-led comedy. Playboy vet Henry pulls out all the grand gestures to make Lucy, a woman with short-term memory loss who forgets what happened the day before, fall in love with him over and over again.

Kevin James may not be the world’s sexiest actor, and in any other romantic movie, he would not be the one ending up with Amber Valletta. But with a little help from love doctor Will Smith, who has his own romance with Eva Mendes to tangle with, the magic might just happen. This classic rom-com intertwines the two romances with plenty of jokes about modern romance.

The iconic film is one of the top-grossing rom-coms and launched Julia Roberts to stardom. When Roberts’ Vivian is hired to stay with businessman Edward (Richard Gere) for the weekend, the last thing she expects is to fall in love. Will being from two different worlds threaten their relationship?

What a classic! Cher and Nicolas Cage team up for an Italian-American Brooklyn love story with lots of old country faux wisdom, New York moments, and ridiculous hair (on both the romantic leads).

Is it as good as the 1954 original? No, honestly. But the 1995 remake is entirely endearing in its own weird ways. Harrison Ford and Greg Kinnear make pretty good replacements for Humphrey Bogart and William Holden, while Julia Ormond fills in nicely for Audrey Hepburn. If you’ve ever seen the original romantic classic (or even if you haven’t), you’ll probably love this peak ‘90s romance.

This timeless romantic story went from Broadway to moviegoers hearts in 1961, and it holds up half a century later. With the radical restaging taking New York by storm at the moment, now is the perfect time to revisit the reimagined “Romeo and Juliet” musical.

Blue Is the Warmest Color

Don’t be fooled by the young love that anchors this French film or the fact that it’s based on a graphic novel. The love portrayed by Léa Seydoux and Adèle Exarchopoulos -- with dazzling, vibrant, chaotic energy -- is real and heartrending. The film took home honors at the Cannes film festival and Palme d'Or, so it’s got the cinematic chops to make anyone cry, in a good way.

Alfonso Cuarón is a master of many cinematic genres, but his steamy 2001 drama is something else entirely. It follows two young friends, both enraptured by the same older woman, as the three of them travel across Mexico on their way to a beachside paradise that doesn’t exist. Sure, it’s an artistic window into Meixcan society in the late ‘90s, but it’s also a classic love triangle that makes for great Valentine’s Day fodder.