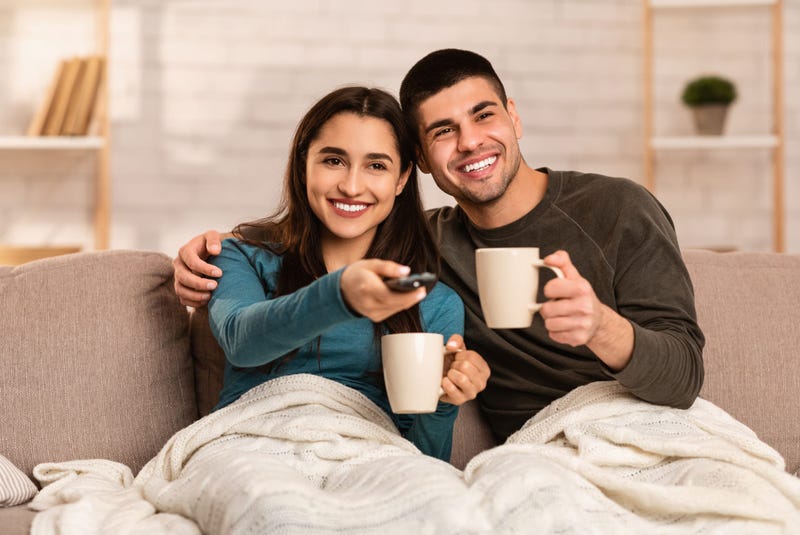 Modern romance manifests itself in many forms: sliding into DMs, flirtatious emojis, and Zoom dates.

But if the object of your affection is more of a classic romantic, the way to win their heart may involve more wooing and less texting.

If, like many others, they’ve spent the past several months binge-watching their way through their favorite streaming platforms, perhaps taking a page out of their historical fave shows like "Bridgerton" or "Outlander" can help you make their heart skip a beat this Valentine's Day.

Set at the start of the Viking Age, this historical drama focuses on the adventures of the legendary Norse hero Ragnar Lothbrok. How would the famed warrior win the heart of his wife, a shield-maiden with venerable fighting skills of her own? In Norse mythology, the goddess of love and gold Freyja wears a beautiful necklace, brísingamen. Bringing back a golden necklace from a raid would be a fitting way for Ragnar to show his affection. In your case, ordering one from a store would be a nice homage to the love between the main couple on the show. Watch "Vikings" on Amazon.

King Henry VIII, the main character in “The Tudors,” loved romance so much that he got married six times. How he showed his affections (divorced, beheaded, died, divorced, beheaded, survived) are perhaps not the best way to let someone know that you care, but we can take a page out of his era’s courting rituals and translate into the modern age. During this time, there was a shift from arranged marriages towards free marriages, and with a bigger emphasis on the individual, people had more of a say in who they chose to wed than previous generations. Write your partner a love letter, explaining in detail all of the reasons why you choose to be with them, as a romantic gesture this Valentine’s Day. Watch "The Tudors" on Amazon.

Scottish tradition dictates that when a couple is married, they save some of their wedding cake for the celebration to welcome their first child. This tradition has continued in parts of the United Kingdom, with Prince William and Kate Middleton notably saving the top two tiers of their wedding cake to serve at their children’s christenings. Perhaps you’re not in the mood for eating old cake out of the freezer, but consider gifting your partner something, like a nice bottle of wine, to be saved for a landmark occasion down the road as a way of showing that you’re in it for the long haul. Watch "Outlander" on Amazon.

The 1770s in Colonial America were a wild time, but just because they were in the middle of the Revolutionary War doesn’t mean that lovesick colonists didn’t find time for romance. While during this time weddings started to become more elaborate, it wasn’t uncommon for couples to handfast. According to the Colonial Williamsburg website, a couple just needed to join hands, declare themselves married, and just like that they were man and wife. To ensure that a suitor wasn’t doing it to just to jump into the marital bed before skipping town, young women would sometimes ask friends to witness the ceremony so as to ensure that the vows were binding. Handfasting is no longer a thing, but you can do like colonial Americans and let your friends know that you’re paired up by making it Facebook official or sharing a photo of your boo on your Instagram. Watch "Turn" on Amazon.

Any binge-watcher worth their salt knows that the hot new romantic show is Netflix’s “Bridgerton.” Set in Regency-era London with a Shonda Rhimes twist, the show explores the age in which classics like "Pride and Prejudice" and "Frankenstein" were written. With the invention of steam printing, novels were all the rage during this time, so it’s only fitting that to honor the time period, you give your partner something deeply personal: a copy of your favorite book. Write them a sweet note explaining why the story moves you, and help them learn a little more about how your mind works. Watch "Bridgerton" on Netflix.

Calling all fans of “Below Deck”: if you think watching the dynamics between the wealthy and the people who work for them, and the subsequent upstairs-downstairs drama that follows, is fun in modern times, wait until you add the societal intricacies that the Edwardians threw into the mix. “Downton Abbey” addresses many of these topics, including how men could only court a woman after getting her family’s permission and approval. While that is certainly no longer standard practice, thoughtfully reaching out to your partner’s loved ones and building a relationship with them is a great way of showing that you care. Whether it’s making a point to be friends with their pals or taking an interest in their grandparents’ stories, getting to know the people they love is a thoughtful display of affection. Watch "Downton Abbey" on Amazon.

What does your mind jump to when you think of dating in the 1950s? While “Grease” insinuated that dating in the decade was all about bobby socks and milkshakes, going steady was a fairly new concept for the United States. Much like the titular character in “The Marvelous Mrs. Maisel,” post-WWII Americans were exploring their world and trying to figure out their place in it. From the Space Race to the advent of rock and roll, life was about seeking out new frontiers. Why not embody that pioneering spirit and plan a trip to a new destination for you and your partner? Travel might not be possible just yet, but laying the foundations for a post-pandemic vacation could be just the thing for your relationship. Watch "The Marvelous Mrs. Maisel" on Amazon.