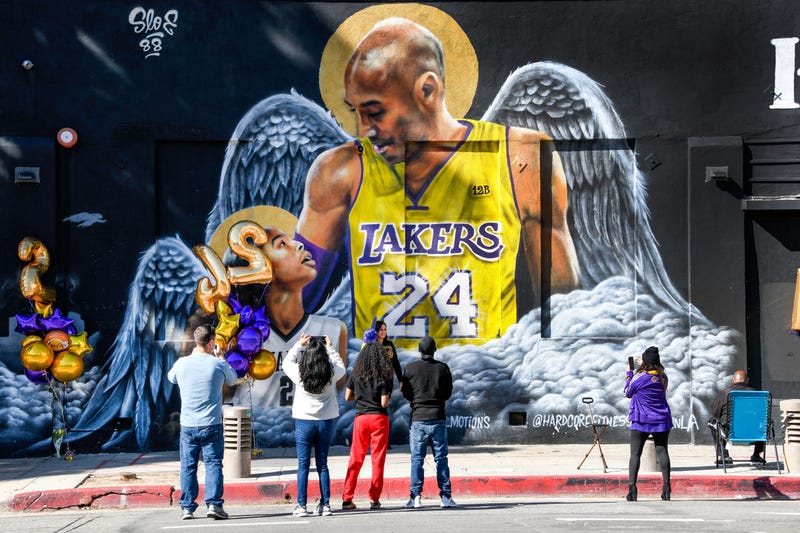 Wednesday marked the two-year anniversary since NBA legend Kobe Bryant, his teenage daughter, Gianna, and seven other people were tragically killed in a helicopter crash in Southern California that left no survivors. Bryant's death sent a shockwave across the world -- particularly in Los Angeles, which was his home for two decades as a member of the Lakers.

"We see the impact that Kobe's had on the next generation. Kobe Bryant was the bridge between Michael Jordan and the era we see now with LeBron and Curry," JR said during the JR SportBrief show on Wednesday. "You can't take away what this man did on the court. No, he wasn't a perfect human being. He wasn't without fault -- who the hell is? Unfortunately, he had that case.

"But, the fact is, when it came down to ball, and how his life developed, what he brought and did to other people, what he planned to do for the game, how he planned to elevate women, how he was a creator, and how he approached his craft and family, is really something... And for 41 years of life, dedicated to excellence, I just wanted to show Kobe and his family some love... Much love and appreciation to Kobe, and what he brought to the game and did."

Bryant, who was a dynamic 6-foot-6 swingman from the Philadelphia suburbs, joined the NBA out of high school, back in 1996. At the age of 18, he became the youngest player in league history. And in 20 total seasons with the Lakers, Bryant won five championships, two NBA Finals MVP awards, and one regular season MVP award. He also ranks fourth on the league's all-time scoring list.

JR's complete thoughts on Bryant's life and legacy can be accessed in the audio player above.