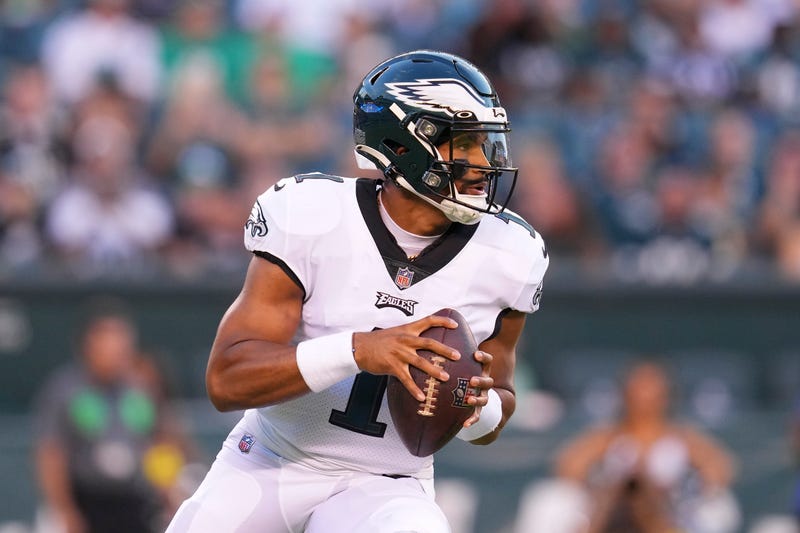 Against the Grain was conceived as a football column at Sports Illustrated in the early 2010s, perfected at the "Dan Patrick Show," and it now returns in written-audio-visual form with the "Maggie and Perloff" show on CBS Sports Radio and CBS Sports Network. If you're new here, Against the Grain aspires to be the NFL content version of Chiefs quarterback Patrick Mahomes rolling left and throwing right across the field -- ill-advised and coaches don't like it. But, when it works, it's brilliant.

So let's jump right in with 10 Against the Grain takes on the upcoming season. Disagree with anything here? You can yell at me Monday through Friday from 3-6 p.m. ET on CBS Sports Radio, at 855-212-4CBS.

Don't worry about Lance's inconsistent play in the preseason. 49ers coach Kyle Shanahan kept his real plays hidden from public view. And now that he has Garoppolo back in the building, Shanahan can call anything he wants. He doesn't have to panic about Lance getting hurt. The opposing defenses won't know what's happening. The 49ers could have the modern NFL version of the wishbone offense.

Shanahan has probably been stewing all offseason since Rams leader Sean McVay is receiving all the recognition as the NFL's offensive genius. Expect Shanahan to get extra creative early on in the season, with winnable games against Seattle and Chicago. Defensive coordinators don't have meaningful tape on Lance, and they'll need at least four or five games to figure him out.

The Niners won two playoff games last season with no passing touchdowns. Lance doesn't need to be Mahomes for the franchise to succeed. They're the ultimate Against the Grain team because they don't have to throw the ball.

No. 2 -- Tyreek Hill and Davante Adams are about to fall off a cliff

Which receiver has left a Hall of Fame-caliber quarterback -- like Mahomes and Aaron Rodgers -- and gotten better? Just think about the wideouts who played with Tom Brady, Drew Brees, or Peyton Manning and went elsewhere. Or even receivers who left Eli Manning and Ben Roethlisberger. There's guys like Deion Branch, David Givens, Santonio Holmes, Jimmy Graham, and Mario Manningham. They all got paid and quickly faded.

Hill and Adams are better than any of those mentioned receivers, but both are joining teams where they'll have to share volume with high-target options. Hill claims he has a more accurate quarterback in Miami now, with Tua Tagovailoa, but he's going to miss Mahomes' ability to push the ball downfield. Adams is leaving a Packers offense where he was their only reliable option. And will his friendship with Raiders quarterback Derek Carr suffer if he doesn't receive 11 quality targets per game?

The Colts stand out on this list because they typically end up within a game or tied with the Titans. And this season, Indianapolis has an advantage because Tennessee faces the Bills, Packers, and Bengals. An extra loss for the Titans is all the Colts need. 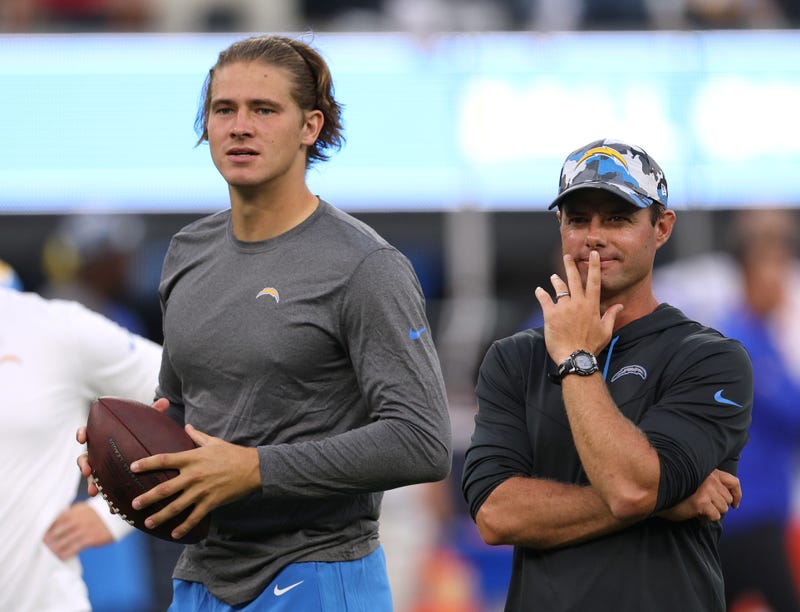 The NFL division system is wildly unfair. For years, Peyton Manning and the Colts got to feast on expansion teams. Tom Brady faced a revolving door of bad coaches and even worse quarterbacks in the AFC East for two decades. As a result, the Colts and Pats hosted many home playoff games. The current AFC West will beat each other up, knock each other out of the playoffs, and cost themselves homefield.

The AFC West division will also provide another reminder of the NFL truth, that winning free agency doesn't mean as much in September as it does in March. A lot of flashy names joined this division. But how much do players like Khalil Mack (31), Chandler Jones (32), and even Davante Adams (29) have left in the tank? Yes, some of the older guys will work out. But free agency is often overrated.

The last time the Eagles crushed the offseason this hard was back in 2011, when backup quarterback Vince Young dubbed them a "Dream Team." That team finished the campaign 8-8, and became the poster child for overrating offseason moves. Everyone believes that additions like A.J. Brown, Haason Reddick, and James Bradbury are sure-things. We also thought that about Nnamdi Asomugha back in 2011, and they released him in two years.

The Eagles don't need to be a dream team to win the NFC East. But they need consistent performances from third-year quarterback Jalen Hurts and need to see defensive improvement. Jonathan Gannon's defense looked solid against quarterbacks like Daniel Jones and Taylor Heinicke. But when they faced the likes of Brady, Dak Prescott, Justin Herbert, and Carr, those balls never hit the ground, and the Eagles couldn't get opposing offenses off the field. No one is writing off the 2022 Eagles. Just slow the hype a little bit, because big-name additions are way too large in our minds during the long offseason.

No. 6 -- But if you want a dark horse in the NFC East… how about the Commanders?

The odds on the Commanders making the NFC playoffs are a bit surprising. They're currently listed at +150 on DraftKings -- the same as the Raiders and even better than New England. They're also at +500 to claim the NFC East. The newly-named Commanders are a flawed team, but the recent history of the NFC East points to chaos.

It's hard to believe, but Carson Wentz could have better targets in Washington than he had in Indianapolis last year. And for most of the 2021 season, Wentz was efficient. Now he's throwing balls to the well-paid (but still underrated) Terry McLaurin. Rookie wide receiver Jahan Dotson is for real, and a returning Curtis Samuel is in the slot. And they have still pieces from the defense that led them to the division title two seasons ago.

No. 7 -- Baker Mayfield’s job is easy in Carolina

All Mayfield has to do is be average, and he’ll look like Rodgers in comparison to the Panthers' other options. Last season, the combination of Sam Darnold, Cam Newton, and P.J. Walker had a league-low passer rating of 68.5. But the Panthers had No. 2 overall defense, star running back Christian McCaffrey is healthy (right now, anyway), and the receiver duo of D.J. Moore and Robby Anderson is a bit underrated.

Matt Rhule has made everyone's hot-seat list after a disappointing first two seasons in Carolina. And it wasn't too long ago that he was one of the most in-demand coaches on the market. Give Rhule some decent quarterback play and we'll see if he can make something happen in the NFL. 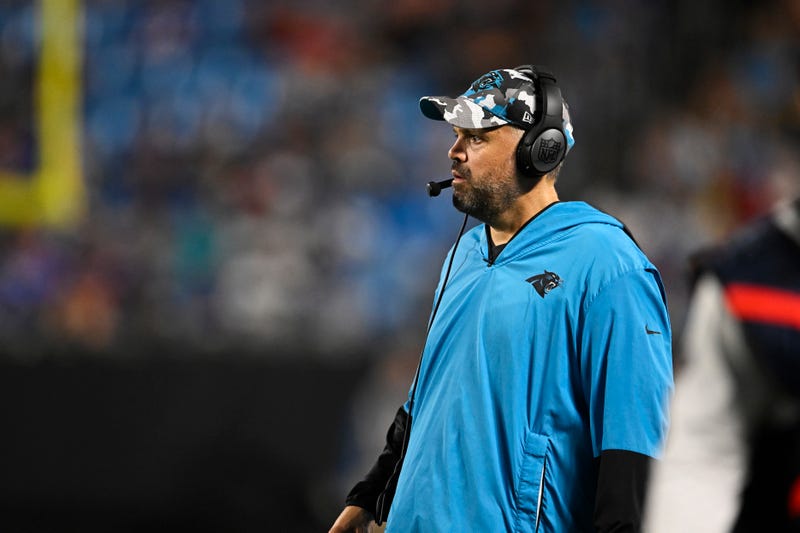 Not because they're scared of the NFL. The league penalized the Dolphins for tampering, not tanking. Roger Goodell doesn't want to touch this topic. But there are a few reasons why it won't happen this season.

The obvious quarterback isn’t there. Alabama star Bryce Young is too small. Ohio State stud C.J. Stroud already struggled in Week 1 against Notre Dame. There's plenty of interesting prospects after that, but they're all much more developmental than a player like Trevor Lawrence. Will Levis out of Kentucky and Florida star Anthony Richardson have long ways to go in the SEC before any team drops games for them. "Lose for Levis" has a nice ring, though.

Seahawks coach Pete Carroll is 70, and he doesn't seem to understand the concept of tanking -- even though Seattle probably is the ideal candidate. Carroll has repeatedly said that outside people don't understand the talent level of his roster. He's going down with the ship, not building for the future.

There's no other perfect tanking situation. The Jets and Bears might not be ready to give up on second-year quarterbacks Zach Wilson and Justin Fields. And coaches like Arthur Smith in Atlanta and Lovie Smith in Houston probably won't feel secure enough to sit veterans and finish the season 2-15.

Texans running back Dameon Pierce gave me Arian Foster vibes during the preseason. Foster was an undrafted second-year player who exploded in the preseason and helped me win my fantasy league in 2010. Pierce has earned their starting job, and is running behind an underrated line that has three first-round picks, including Laremy Tunsil, leading the way. Even after Houston cut Marlon Mack, Pierce is still being under-drafted in fantasy leagues.

Meanwhile, as a former JV college basketball player, I'm always fascinated with players who excelled on the hardwood. And Colts rookie Jelani Woods was a big-time basketball recruit before he went to Oklahoma State to play quarterback. He ended up at tight end and transferred to Virginia. He's 6-7, 253 pounds, and ran a 4.61 40-yard dash time at the NFL Combine in March.
He's basically Logan Thomas, combined with Jimmy Graham, combined with Antonio Gates. He might need time to perfect the position, but his combo of size and speed rivals even Kyle Pitts.

No. 10 -- Bills are obviously going to the Super Bowl, but who are they playing?

The Bills couldn't be more with the grain. To go against the grain, we'll have to look to the NFC. The Niners aren't a contrarian pick now… money poured in for them on the betting markets all offseason. But when I tweeted my prediction back in February, this was a little more controversial.

Who do you think will play half time of next year’s Bills-49ers Super Bowl?

I'm assuming the sharps in Vegas saw this and jumped on the 49ers. It's a lot of responsibility to be able to move markets, but all part of the thrills of going against the grain.