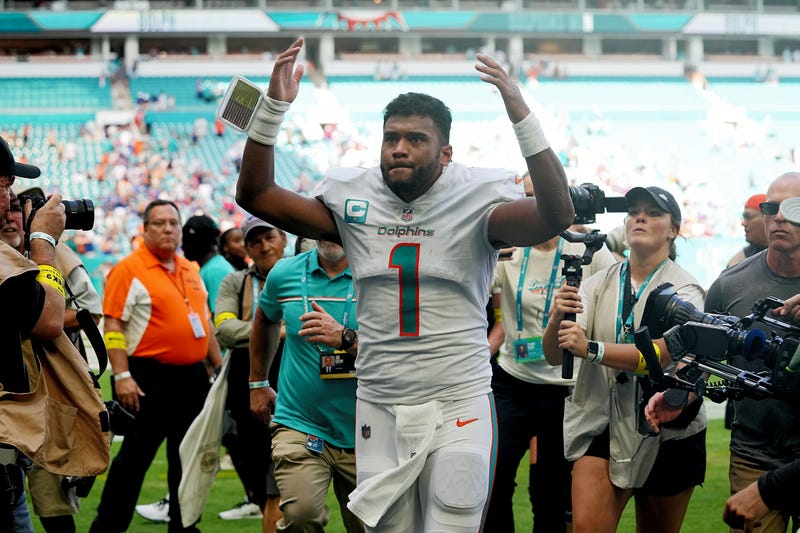 No. 1: You aren't what your record says you are

The Dolphins should be 1-2, rather than 3-0. They were trailing by 21 points in the fourth quarter in Week 2 against the Ravens. They were outgained by 265 yards, and only had the ball for 19 minutes against the Bills in Week 3. Both of these wins were statistical anomalies that aren't sustainable.

No one wants to see them this way since they're so much fun. Dolphins star receivers Tyreek Hill and Jaylen Waddle are highlight machines, and we're all rooting for Tua Tagovailoa after jumping off his bandwagon this summer. And we all want to be friends with head coach Mike McDaniel. But reality catches up to teams quickly. Miami travels to Cincinnati for a Thursday night matchup.

On Sunday, the Dolphins defense was on the field in sauna-like conditions for 40 minutes. This is an impossible situation. The magic can't last. No team can continue to win games with vast data pointing to losses. If I'm wrong and this team owns the AFC's best record at the end of the season, I'll wear a Speedo on the set of Maggie and Perloff. And no one wants to see this.

Expectations can become a burden in the NFL, and the Bills' bar was getting too high. No team needs to hear comparisons to the perfect 16-0 Patriots in 2007. Buffalo can now put the hype to the side and focus after a fluky loss to the Dolphins in South Beach.

The Bills went through the same thing last year, when they fell to the Patriots during an early December wind storm in Orchard Park. Then a few weeks later, they went to Foxboro and thumped the Pats. Great teams lose regular-season games against divisional opponents. And if the Bills' coaching staff is as good as we believe, they'll use this as a rallying point to get back to being the NFL's best team.

Remember when we all wondered if the AFC West could be the first division with four playoff teams? You were able to bet on it. AFC West teams are now 3-5 against out-of-division opponents. The one team that didn't make much offseason noise, the Chiefs, look fine at 2-1. But, the rest of the AFC West is in real trouble. The Chargers just lost tackle Rashawn Slater. Justin Herbert's rib problem is going to linger. Joey Bosa is out indefinitely with a groin injury.

The Raiders have started 0-3, and first-year coach Josh McDaniels is already having private meetings with the owner. Plus the 2-1 Broncos probably look worse than the other three teams, despite their record. There's a chance the AFC West produces just one playoff team. And that'd provide definitive proof that we should stop overrating offseason moves. The NFC East has the best overall record, at 8-4 through three weeks. Nobody saw that coming in July.

The NFC has four powerhouses: the Eagles, Packers, Bucs, Rams. The AFC only has two -- the Bills and Chiefs -- with the Ravens and Dolphins looming. The preseason narrative of the AFC being a bloodbath may not even pan out. Instead, getting through the NFC playoffs could be trickier.

Don't tell me how bad Green Bay and Tampa Bay's offenses are, because their defenses are better than ever. And that's the formula for old quarterbacks to win Super Bowls. Look at John Elway and Peyton Manning. Take a step back offensively, and let the defense or run game do the work. Philadelphia's now the NFC favorite at DraftKings. For Jalen Hurts to get to the Super Bowl, he'll likely have to knock off some combination of Aaron Rodgers, Tom Brady, and Matthew Stafford. The Bengals got through an AFC field last season that was far less challenging.

No. 5: Nathaniel Hackett could be an accidental genius

Before he became a head coach, Nathaniel Hackett was described as an NFL unicorn. He was a neurobiology major, a wine connoisseur, and also a hip-hop dance class teacher. Since taking over the Broncos, Hackett's faced constant criticism. But his biggest mistake in Week 3 probably helped the Broncos win. Trailing 10-5 early in the fourth quarter, he opted to punt, despite the analytics advising against it.

He's made blunder after blunder -- and yet, Denver won mainly because they controlled the game with Corliss Waitman’s punting. So, perhaps Hackett was smart enough to know that, by simply hanging around against San Francisco, Russell Wilson was going to scramble and win the game. Every week presents a new decision-making challenge for Hackett. Sometimes the wrong decision has the right result. And Broncos games have become entertaining because of the drama. 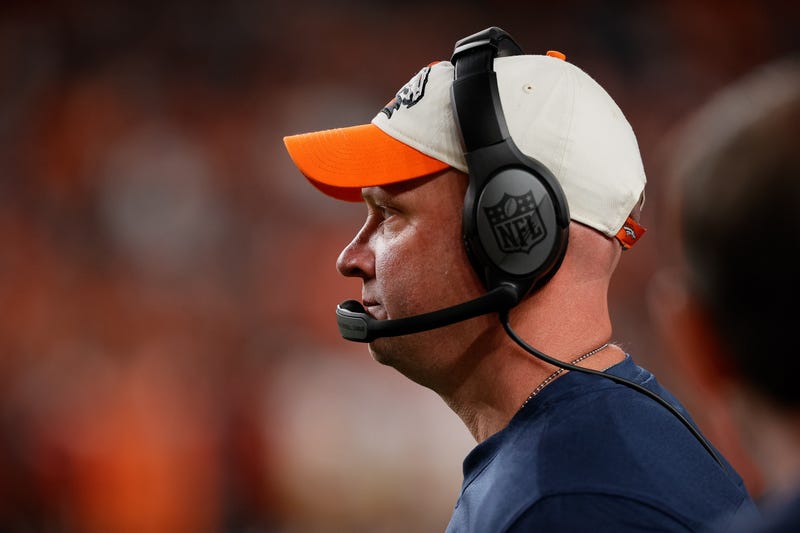 No. 6: California Dreamin' for Sean Payton

Forget about the Cowboys. The current FOX analyst has been penciled in to take over in Dallas for quite some time. Mike McCarthy is having a moment with backup quarterback Cooper Rush. Instead, Sean Payton's focus should be solely one potential opening: the Chargers. He should just block any calls from Arizona or Las Vegas and hide if Dallas' bus pulls up in front of his home.

Chargers coach Brandon Staley gets too much criticism for his fourth-down decisions, and he could probably be a quality coach. But if the team's injury trend continues, he won't get a real chance this season. And if the Chargers miss the playoffs, even if the front office likes Staley, Payton has to become an option. Can you imagine Payton and a young Justin Herbert? Payton's 58 years old and Herbert's 24. The Chargers could be a contender for a decade.

No. 7: Are the Giants running into a mistake?

Saquon Barkley is one of the great stories of the season. And he's one of the most lovable athletes in New York -- putting the Giants in an awkward spot. If Barkley stays healthy, the team will have to franchise tag him, or sign him to a long-term deal. In a league that doesn't want to pay running backs, the Giants could get stuck. Barkley is 25, at a position that ages worse than any other in the NFL. So, this could be a feel-good story that ends up amplifying a mistake made by former general manager Dave Gettleman in the 2018 draft.

Aaron Judge turned down the Yankees' contract extension offer before the season started. Now he's on the verge of breaking Roger Maris' AL single-season homers record. I know we don't care about NFL records, but there could be a similar scenario this season. Lamar Jackson has 10 touchdown passes through three games. He's on pace for 57 total, which would break Peyton Manning's record of 55, in 2013. Jackson's contract will be the top storyline of next offseason. And if he breaks the NFL touchdown record -- even with the advantage of a 17th game -- the Ravens will have to offer an unprecedented contract.

No. 9: Maggie & Perloff call that made me think﻿

Mike from Worcester, Mass., is the first person I've run into who thinks Bill Belichick is on the hot seat. Mike believes that Pats owner Robert Kraft will get sick of him and move on after the season. It seems unthinkable, moving on from that kind of football legend. But the Patriots are 1-2, and the season already looks dismal because of Mac Jones' serious ankle injury.

If New England finishes with a losing record this season, so many questions will come up. Could Kraft really move on? And would Belichick want to move from a roster he built, that doesn't look very good? And who'd want to follow in his footsteps? This convo should probably be put on hold for a while. But credit Mike if the Pats start losing and the once unthinkable is discussed.

No. 10: Five storylines we abandoned with remarkable speed

We strive to be a platform where varying opinions may be voiced and heard. The views, thoughts, and opinions expressed by the author(s) of this article and/or by those providing comments are theirs alone, and do not represent those of Audacy, Inc. We are not responsible for any damages or losses arising from this article and/or any comment(s).
Featured Image Photo Credit: Eric Espada / Stringer / Getty Images