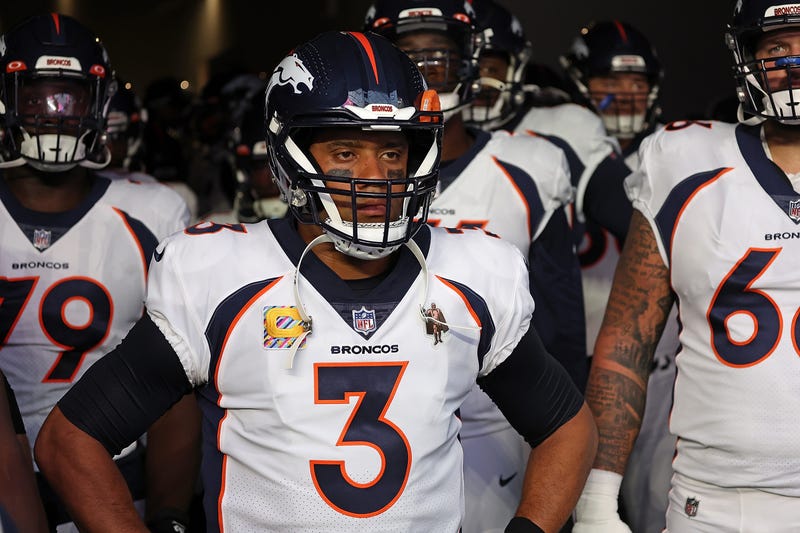 Bill Parcells once said, "I don't want a celebrity quarterback." So, he wouldn't want Tom Brady, Aaron Rodgers, or Russell Wilson at this moment. The trio is on TMZ.com just as much as ESPN.com. Their stats are way down across the board, and their teams aren't winning games. But, if these quarterbacks were stocks, this would be the time to buy. They're never going to be cheaper, but an upswing is inevitable. Here's why.

First, the rest of the NFC should be scared of Brady. He ranks fifth in the NFL in passing yards (1,652), has eight touchdowns passes and one interception, and he's not even practicing regularly with the Buccaneers. What if he starts showing up? He could get right back to where he'd been the past two years.

Brady has been criticized for yelling at his offensive linemen -- who are we to judge Brady for his motivational tactics? He's gotten more out of his linemen than any other quarterback in NFL history. The newly-formed line might need an extra kick. The Bucs are the league's worst rushing team and they couldn't pass-protect against a Steelers line sans T.J. Watt.

Tampa's road loss to the Steelers on Sunday feels like a defining moment for Brady. He had to be embarrassed, being at Robert Kraft's wedding on Friday night, while Bill Belichick was too busy coaching the Patriots. On his weekly "Let’s Go" podcast, Brady basically declared war. "I almost look at a football season like you're going away on deployment for the military," he said. Brady hasn't been acting that way this season, but maybe this was an aspirational statement and he's going to kick his whole football life into gear. 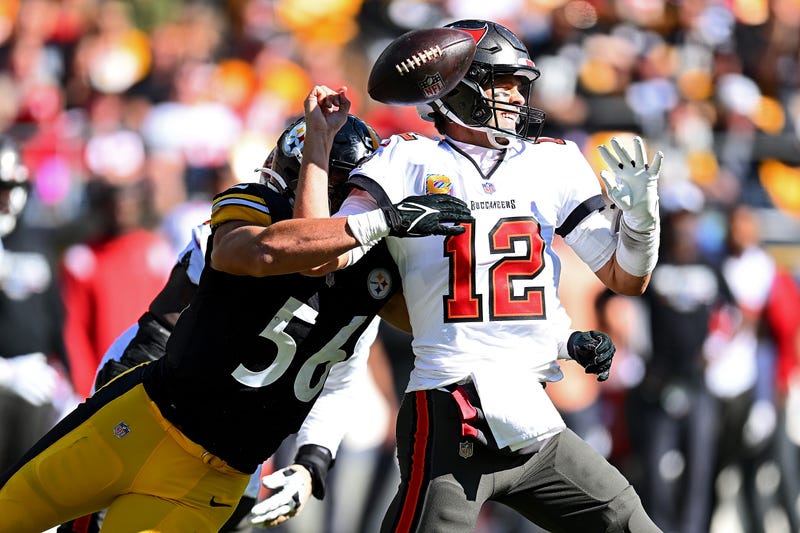 As for Rodgers, he's approaching this season more like a yoga class than a military deployment. No other quarterback mentions his teammates’ words manifesting themselves into the universe or positive energy. He's strangely calm in the face of adversity. But now that the Packers are 3-3, it's time for Rodgers to cut the new-age crap and get to work.

After their Week 6 loss to the Jets, Rodgers said they just need to "simplify things." Odd, considering that most of his passes are four yards downfield. Even Packers coach Matt LaFleur said, "I don't know what that means."

Rodgers will snap out of it -- this offense has too much untapped potential. They have an opportunity to change personnel on the offensive line and fix that mess. Their young receivers will get better. Their talented running back tandem of Aaron Jones and A.J. Dillion is still underutilized. So, Rodgers has been here before and rebounded.

Wilson is playing the worst football of his career, and reportedly dealing with a hamstring issue. He's not seeing open Denver receivers, he's inaccurate, and he’' more likely to run into pressure than escape it. And yet, somehow, Wilson and the Broncos have lost four games by just a combined 18 points.

What if Wilson is just 20-percent better by the end of the season? Why's that unreasonable? He doesn't need to be a Pro Bowl stud -- he just needs to not be terrible. He's still learning a new offense, and figuring out his receivers. He was effective during the start of Monday's matchup against the Chargers. The ingredients for success are in there somewhere. Plus, the Broncos' schedule is easy enough to pick off a few wins with solid defense.

Wilson has taken a whole lot of criticism for his off-the-field behavior, like the infamous Subway social media. But he's always been eccentric. And we have to separate his take on the "Dangerwich" from what he can actually do on the field. Wilson's struggles have been front-and-center in standalone games. He hasn't had the chance to figure it out during 1 p.m. ET Sunday games nobody is watching. That means the bar is so low, he has a great chance to jump over it and win more games. 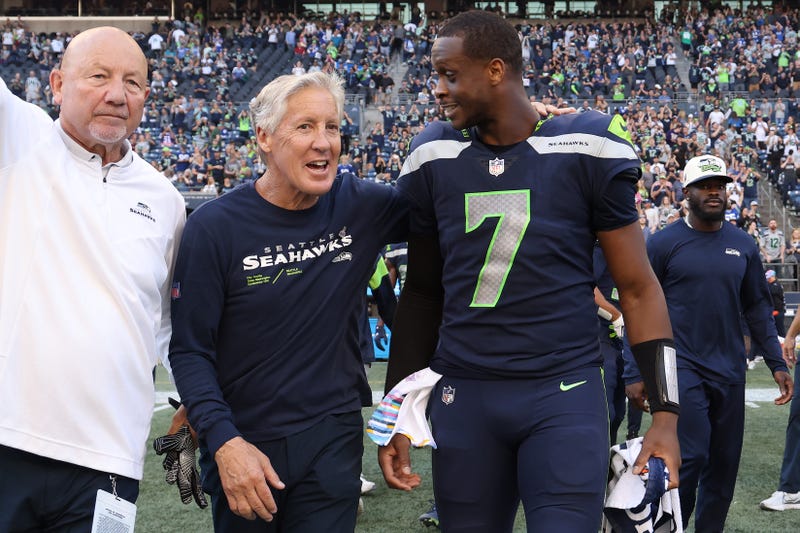 No. 2: What happened to passing?

If you're looking for a league situation that's due a correction, just look at the teams succeeding without passing. These five quarterbacks won games with less than 200 yards recorded during Week 6: Geno Smith (197), Daniel Jones (173), Jalen Hurts (155), Marcus Mariota (129), Zach Wilson (110).

Of course, the NFL is a league of adjustments. The pendulum might've shifted toward the running game and defense early in the season. But it'll swing back quickly. Some of the teams on this list can pass the ball effectively (especially the Eagles). But the Giants, Falcons, and Jets need to expand in that area, or they're going to become one-dimensional and predictable.

No. 3: The undefeated Eagles?

The Eagles have only four winning teams remaining on their 2022 schedule: the Titans, Colts, Cowboys, and Giants. They should be the favorite in every game. A perfect 17-0 record is unlikely, but not out of the question. Even if they do go undefeated, the feat wouldn't convince anyone they could beat the Bills or Chiefs in the Super Bowl.

This is a funny season with unbalanced scheduling. The NFC East drawing the AFC South gives its teams a major advantage. The Eagles have a great chance to come out of the season with an overinflated record. But that success can't be discounted completely. Even if the Eagles' record is hollow, they'll grow in confidence and earn homefield advantage in the playoffs -- just like the 2017 championship team. 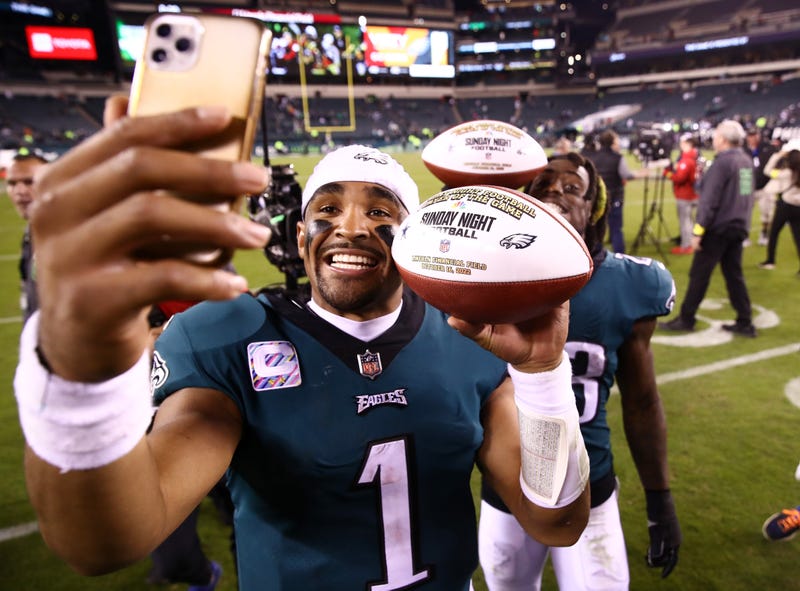 It sure feels like we're seeing more mind-numbingly poor coaching moves in crunchtime than ever. But this is only because we're seeing so many games have meaningful finishes. Survival pools have descended into chaos -- there are currently 10 teams with 3-3 records -- and we're not sure who's good and who's bad. The numbers tell the story, though.

Call it sloppy -- the league doesn't care. Slow offenses aren't good, but close games help distinguish the league from its competitors. And the NFL is better designed for parity than any other professional sports league, and the results are easy to see in the ratings.

No. 5: The NFC and AFC are close than you think

Fans have to let go of the idea that the AFC is the harder conference because of the splashy offseason moves. From top to bottom, the league conferences are basically even. The NFC actually has an 11-10 edge in interconference play this season, and it should be able to stay with the AFC.

The AFC may have the two best teams in the league, with the Bills and Chiefs. But that was probably true last season, and neither squad reached the Super Bowl. It's a parity league, and neither conference provides an easier path to a championship this coming winter.

Josh Allen is the best quarterback in the NFL. He ranks first in passing yards (1,980), tied for first in touchdowns (17), and second in passer rating (109.1). Why do the Bills need to add anything to their offense? Their short-yardage run game struggled against Kansas City, but they were without bruiser Zack Moss. Adding Panthers stud running back Christian McCaffrey or Giants star Saquon Barkley is unnecessary overkill, and it comes at too great a cost.

Carolina reportedly wants two first-round picks for McCaffrey. Seems unlikely that they’ll garner that for a player in his contract year. But only a team with a struggling quarterback and a more glaring hole at running back should pursue him, like the Rams or 49ers. There was some speculation that New York could have a fire sale at some point this fall, making Barkley available to Buffalo. But the Giants' 5-1 start doomed that move. That's fine, because the Bills' offense is already unstoppable. And a quality running back is a luxury they don't need. 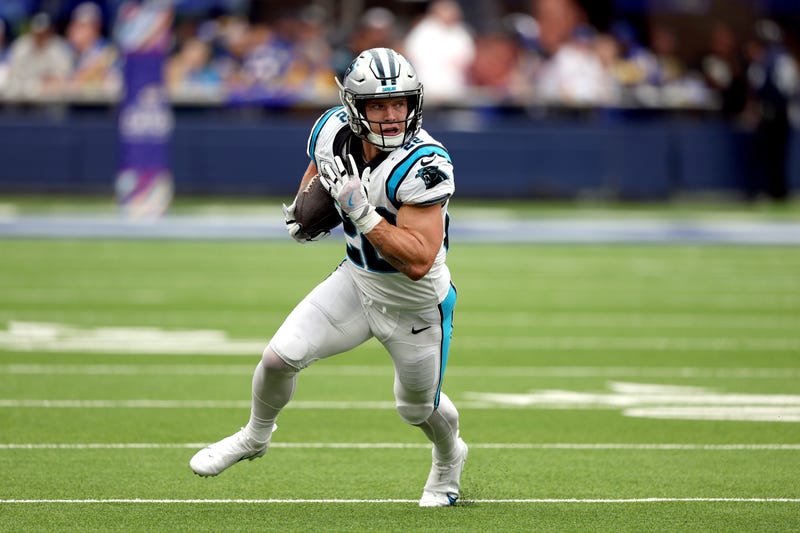 Defensive coordinators need four or five weeks to figure out tendencies of a quarterback. Cooper Rush had thrown four touchdowns and no picks before facing the rival Eagles on Sunday. The Cowboys' backup threw for one score three interceptions in Philadelphia, making it easier for them to go back to a hopefully healthy Dak Prescott in Week 7.

Patriots fourth-round draft pick Bailey Zappe has won his first two starts, and created the season's most unlikely quarterback controversy. If he stays in the starting lineup, he could get his third straight win against the Bears in Foxboro on Monday. But after that, there's a road matchup against the revamped Jets, followed by a trip to Minnesota and a home game against the Bills. Can Zappe keep on winning once teams have tape on him? League history says probably not, even if the Patriots once benched Drew Bledsoe for Brady.

It's early, but this year's quarterback class seems to have three possible top-10 draft picks, with stud prospects C.J. Stroud, Bryce Young, and Will Levis. Maybe someone like Tennessee quarterback Hendon Hooker climbs up the reputable draft boards come springtime. So much will change by next April. But there could be at least 12 franchises pursuing a quarterback in the draft. Here are the potential teams, in tiers:

Where are these quarterbacks going to come from for all these teams? This year's draft class is overloaded with mid-round talent, so these teams might have to take a fourth-round prospect and also stick with a mid-level veteran. This would be good for Daniel Jones in New York. And get ready to run back the Marcus Mariota experience in Atlanta. 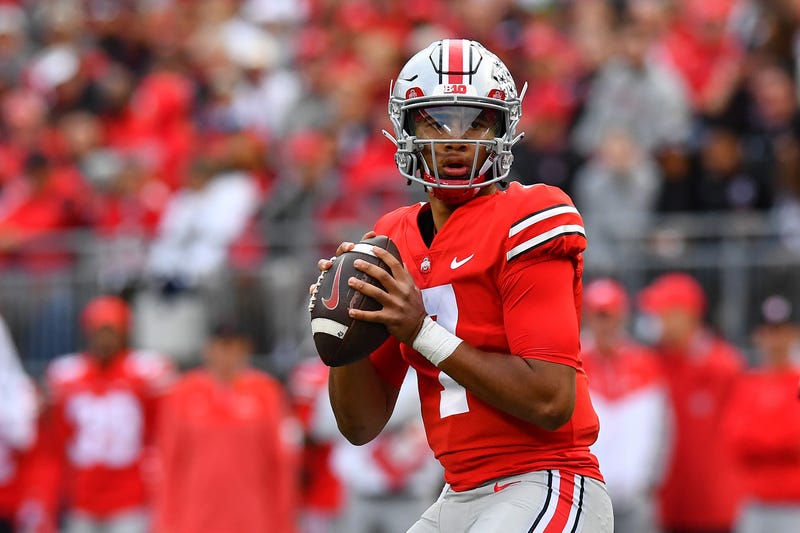 No. 9: Nobody buys the New York teams

While New York's celebrating the 5-1 Giants and 4-2 Jets -- and justifiably so -- the national perception hasn't caught up with the records. As of Wednesday, the Giants are +3 road underdogs to the 2-4 Jaguars, and these Jets are +1.5 road underdogs to the 2-4 Broncos (per DraftKings). Not many teams would be underdogs against Jacksonville and Denver today. So, this week will go a long way in determining whether bettors are stuck in the past of the last five seasons, or both teams have gotten lucky with their schedules.

No. 10: NFL owners in a Battle Royale

The NFL owners are giving off a WWE vibe at their Fall Meetings. First, Colts owner Jim Irsay went rogue on Tuesday, saying he believes there's merit to removing Commanders owner Daniel Snyder. Cowboys owner Jerry Jones then reportedly told the Patriots' Robert Kraft "don’t f--- with me" during a debate about Roger Goodell's compensation. This is all careening toward Vince McMahon getting in the ring with a suit on to fight someone.

If there was a Battle Royale of league owners, age would be the key factor . At the age of 82, Dolphins owner Stephen Ross wouldn't last long. Snyder wouldn't last three seconds, since everyone would team up on him. Jones just turned 80, but he appears to have a deep reservoir of rage. So my pick would be Ravens owner Steve Bisciotti, who's 62 with Baltimore toughness. Though there's a chance Raiders owner Mark Davis would be like Brick from "Anchorman" and kill a guy with a trident.

We strive to be a platform where varying opinions may be voiced and heard. The views, thoughts, and opinions expressed by the author(s) of this article and/or by those providing comments are theirs alone, and do not represent those of Audacy, Inc. We are not responsible for any damages or losses arising from this article and/or any comment(s).
Featured Image Photo Credit: Sean M. Haffey / Staff / Getty Images