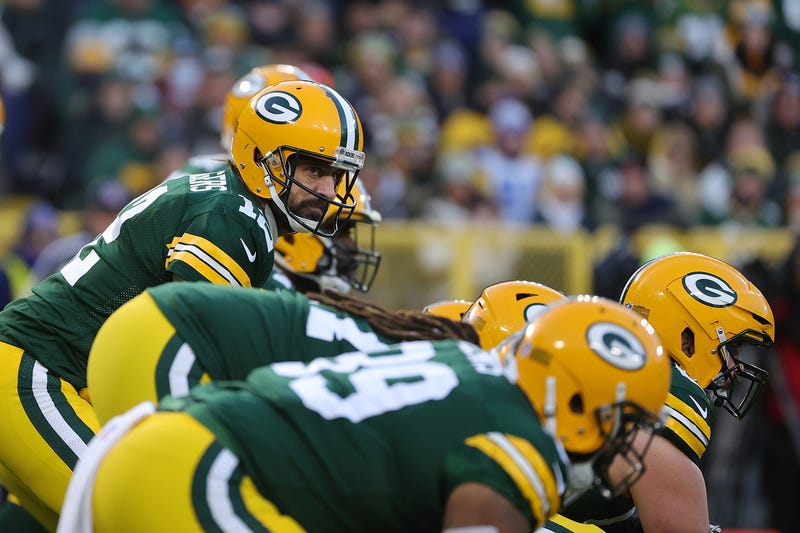 Since winning the Super Bowl in 2011, the Green Bay Packers have appeared in four NFC championship games and lost each one. Four bites at the apple. Four missed opportunities when a prized Lombardi Trophy was within reach.

Whether or not that number grows soon, the top-seeded Packers are once again in a prime position to slay recent playoff demons. And with a divisional-round matchup against the underdog San Francisco 49ers, Zach Gelb simply can't envision the Packers losing on home turf, in the bitter cold, with a title-starved Aaron Rodgers leading the charge.

"Rodgers is on the cusp on winning back-to-back MVPs, and you're giving the Packers a week off before that? They should win this game," Gelb said during The Zach Gelb Show on Friday. "If you had to argue a thing, it'd be the 49ers gash and destroy them in the run game, then you have an opportunity to win the game because you're keeping Rodgers on the sideline. Even though this is a very good 49ers defense, they're banged-up entering this one...

"Even if you contain Rodgers, let's say he doesn't have his best day, he's still going to go out there and put up 21-24 points. I do think Rodgers is going to put up 30 points on this 49ers defense... I'm just not going to trust Jimmy G to go into Lambeau -- when this is supposed to be Rodgers' season -- and be the one who prevents Rodgers from having a party this year... I'd be stunned."

Green Bay and San Francisco are scheduled to kick off at 8:15 ET on Saturday night. According to FiveThirtyEight projections, the Packers currently have a 75-percent chance to reach the NFC title game and a league-high 25-percent chance to win Super Bowl 56 in Los Angeles.

Gelb's complete thoughts on the Packers-49ers matchup can be accessed in the audio player above.