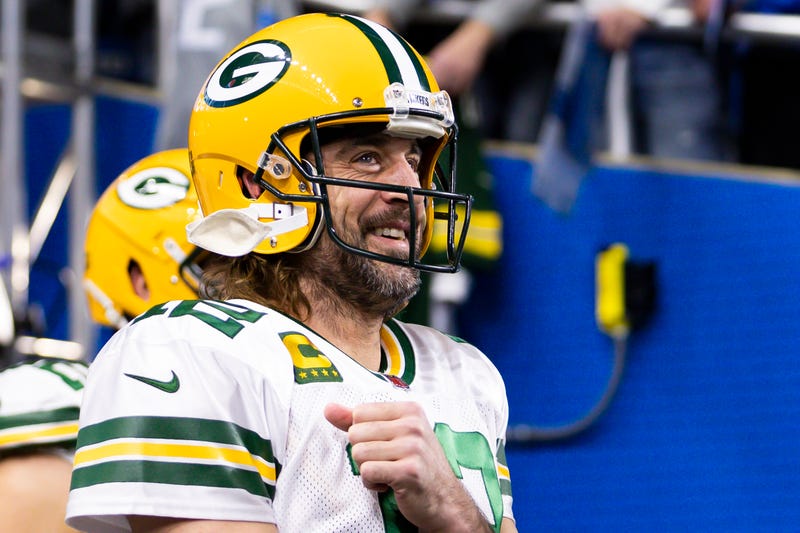 Before the Green Bay Packers entered the playoffs as the NFC's top seed, Aaron Rodgers shared some thoughts about his renewed relationship with general manager Brian Gutekunst, telling "The Adam Schein Podcast" that he's appreciated the progress made and, "the grass is greener where you water it." Call it a twist to an old adage.

Although it's still unclear whether Rodgers will play for the Packers in 2022, his attitude toward the organization -- once extremely bitter -- has changed for the better. And if Green Bay wins two playoff games and represents the NFC in Super Bowl 56, Rodgers' new mentality will have contributed to their achievements, according to Packers podcast host Andy Herman.

"You can definitely tell there's more relaxation with Aaron Rodgers. You can just see there's a calm confidence right now," Herman told After Hours with Amy Lawrence on Friday. "You never know how things are going to go, but I definitely wouldn't want to be a defense that's preparing to go against him right now. He looks like he's in total Zen mode, in complete control, ready to go out, play at any moment, and put up 400 yards and four touchdowns...

"As great as Aaron has been throughout the course of his incredible career, there have been some playoff stumbles at times... I think this an opportunity for him. Not that he needs to cement his legacy any more, but he's probably going to get his fourth MVP. If he gets a second Super Bowl and maybe even a Super Bowl MVP, it's obviously going to go that much further in cementing that legacy even more."

Rodgers, the reigning league MVP, once again performed at an exceptionally high level for the Packers this season. In 16 games, the 38-year-old threw for 4,115 yards with 37 touchdowns and four picks, and hasn't committed a single turnover since Week 10. Rodgers has also stepped up while battling a broken left pinky toe, suffered in mid-November.

Green Bay will host the San Francisco 49ers in a marquee divisional-round matchup on Saturday night (8:15 ET kickoff). According to FiveThirtyEight's projections, the Packers currently have a 75-percent chance to advance to the NFC championship game and a league-high 25-percent chance to win Super Bowl 56 in Los Angeles.

The entire Packers conversation between Herman and Lawrence can be accessed in the audio player above.