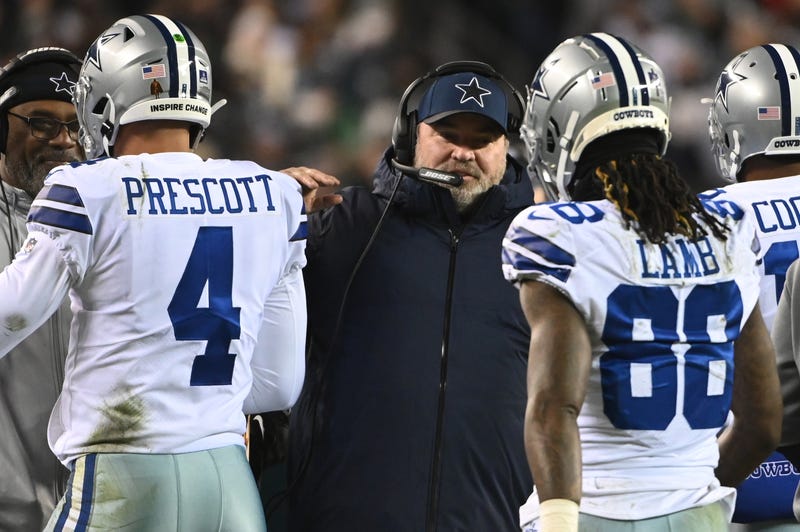 Dallas Cowboys owner Jerry Jones recently told 105.3 FM The Fan in Texas that his team has "unquestionably" entered the playoffs with championship-or-bust expectations. This news comes as no surprise, though it's a difficult standard for a franchise that hasn't appeared in a Super Bowl since 1996.

With a first-place record of 12-5, the Cowboys are slated to host the old rival San Francisco 49ers (10-7) in an NFC wild-card battle this Sunday afternoon. Although home turf has its benefits, Dallas generally struggled against teams with winning records this season. So, is there reason to believe that another early playoff exit could transpire?

"There's a lot of reasons to doubt this team. They certainly have some things going for them. I don't know if this is the greatest matchup," Cowboys writer and podcast host Matt Mosley told the Maggie and Perloff show Wednesday. "They acted like they wanted to play Arizona again. That was scary for them. It's been so long since they've beaten a good team. This team gets fat off a really horrible division... It's understandable why most people doubt them."

The Cowboys finished the regular season on a rather high note, crushing the Philadelphia Eagles, 51-26, in Week 18. Dak Prescott threw for 295 yards with five touchdowns, pushing his campaign totals to 4,449 yards, 37 scores, and 10 interceptions in 16 games. Despite the fears of Prescott losing his rhythm in a given moment, Dallas can find solace in the fact that its offense ranked first in the league in both average points (31.2) and yards (407.0).

Dallas and San Francisco -- which haven't faced each other in the playoffs since the 1994 NFC championship game -- will kick off at 4:30 p.m. ET on Sunday. According to FiveThirtyEight's projections, the Cowboys currently have a 69-percent chance to reach the divisional round and a 13-percent chance to advance to Super Bowl 56 in Los Angeles.

The entire Cowboys conversation between Mosley and Maggie and Perloff can be accessed in the audio player above.