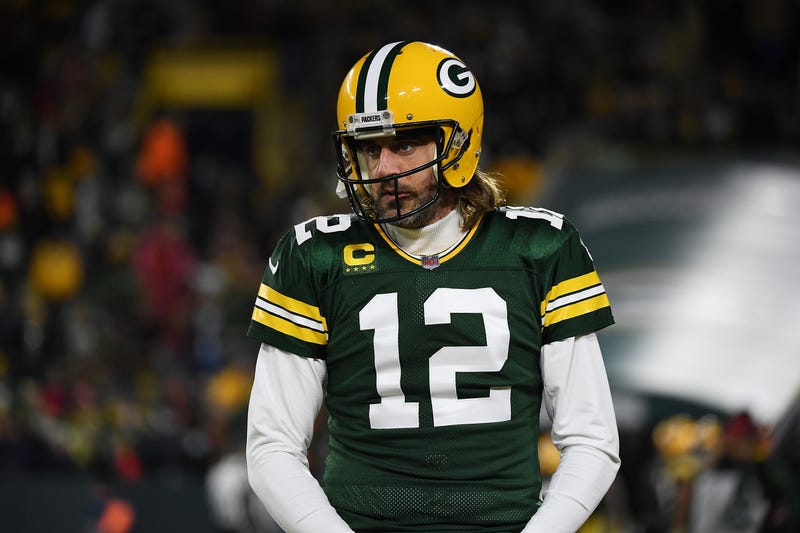 The Denver Broncos on Thursday became the first of nine teams to complete their search for a new head coach, as they officially announced the hiring of Nathaniel Hackett, who spent the last three seasons as offensive coordinator for the Green Bay Packers.

For a franchise that hasn't reached the playoffs since winning Super Bowl 50 in 2016, Hackett's most important task will be finding the proper quarterback. And perhaps the solution is Packers veteran Aaron Rodgers, who's expected to be named MVP for a second straight year. But is Hackett's new role going to convince Rodgers to finally cut ties with Green Bay and play elsewhere?

"It's fair to connect dots. I mean, Rodgers has said it himself, that if Hackett gets a head job, he wouldn't mind playing for him," former Broncos lineman Tyler Polumbus told The Zach Gelb Show on Thursday. "Alright, so it's fair to connect dots. I don't doubt that if Rodgers gets to choose his destination, he'd like to play for Hackett. And the Broncos have a lot of appealing things on their roster. You've got young wide receivers that are talented.

"What it comes down to is, how much say do you really think Rodgers has? And I think that's blown way out of proportion... I give the Broncos as good of a chance as anybody, but by no means does Hackett guarantee that you get Rodgers... I'm going to say [45-percent chance]. Between all the teams that'd trade for him, the AFC teams, the team he wants to play for, I think we're very high on the list... To assume it's anything more than 50-50 is crazy."

Although the Packers didn't reach a Super Bowl with a Hackett-Rodgers duo, the offense achieved high levels of success. In two of their three campaigns, they ranked top-10 in both average points and yards, and since 2019, they've recorded the second-most touchdowns (160) and the fewest giveaways (37) in the NFL. Efficiency wasn't exhibited last weekend, however, as Green Bay scored only 10 points in a divisional-round loss to the San Francisco 49ers.

Despite the ugly loss, Rodgers produced yet another MVP-caliber campaign. In 16 games, the 38-year-old threw for 4,115 yards with 37 scores and just four picks, and didn't commit a single turnover from Week 10 on. Rodgers had also stepped up while battling a broken left pinky toe, suffered in mid-November. While speaking to reporters on Saturday, he said he'll take some time to mull his future, and announce his plans well before free agency begins in March.

The entire NFL conversation between Polumbus and Gelb can be accessed in the audio player above.