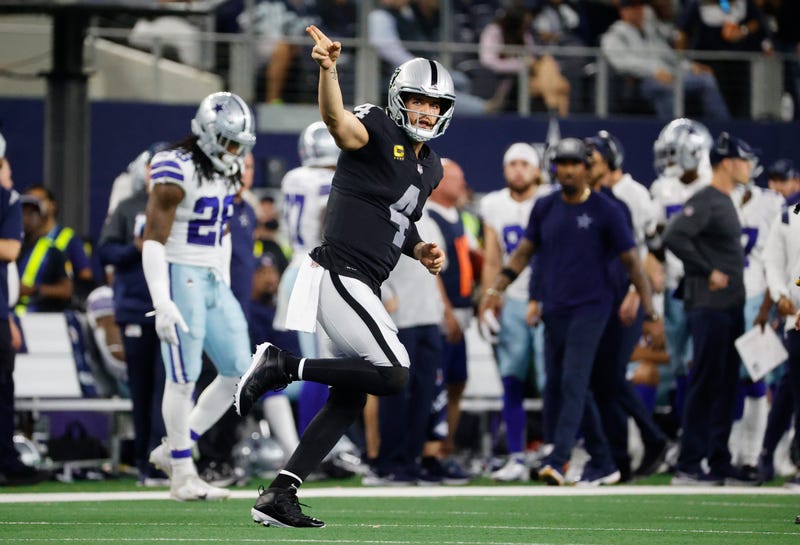 The Seahawks' road loss to the Washington Football Team on Monday night marked the unofficial beginning to the end of the Russell Wilson era. With a lousy 3-8 record, Seattle's playoff dreams -- even in a lousy NFC basement -- have been dashed. Their costly, ridiculous trade of multiple first-round picks for a box safety in Jamal Adams further compounded the future. How can this franchise possibly rebuild quickly enough for Wilson without what would've been their highest first-rounder in his tenure as quarterback?

​I've never been a fan of dumping a true franchise quarterback, especially one that's still in his prime. There are just no assets for this Seahawks team, and they're broken on both sides of the ball. A rebuild may be more necessary than ever, as opposed to riding out a string of six, seven, eight, or nine-win non-playoff seasons for the rest of Wilson's career. There'll be teams with heavy assets interested, namely the Giants and Eagles which own a combined five first-round picks in the 2022 draft. Seattle shouldn't settle for a package of unfair value, and they won't. With those picks, forcing a quarterback may be senseless, too. Build up the roster and be in play for a quarterback in the 2023 draft. The Seahawks will be back again, but the next 18 months are going to be a tough pill for the franchise and its fans to swallow.

No. 1: ​The Rams emptying out their draft capital continues to look troubling. Matthew Stafford has thrown a pick-six in three consecutive games, perhaps pointing out that his issues in Detroit weren't just on the Lions. They're poised to play three road games in the NFC playoffs if they do reach a Super Bowl. First-round pick after first-round pick traded. This team made a Super Bowl with Jared Goff under center, so anything less than a Lombardi Trophy this year or next is a colossal failure.

No. 2: Jalen Hurts can't throw the ball well enough to be a long-term starting quarterback in the NFL. The national fawning over Hurts entering last Sunday was beyond ridiculous. He can be electric on the ground, but for an Eagles team that continues to invest high draft capital at the wide receiver position, general manager Howie Roseman needs a better answer in a passing league.

No. 3: Daniel Jones' future is muddier than ever before, and it has less to do with his play on the field. The time to evaluate him was here after the firing of offensive coordinator Jason Garrett. But now for a third straight season, he's dealing with an injury, this time a neck strain. Part of what made Eli Manning great for the Giants was his availability. Jones' constant injuries completely hamper the process of him possibly developing into a real franchise player.

No. 4: Alright, I'm tapping out on the Lions winning a game this year. With all eyes watching on Thanksgiving, they allowed Andy freaking Dalton to march down the field and set the Bears up for a game-winning field goal. Can't beat Mason Rudolph, can't hold a lead against Dalton. It's so, so over. 0-16-1.

No. 5: Without a shadow of a doubt, the Raiders had the most surprising win of the weekend. The last two years of Raiders football have been hot starts followed by November-December collapses. The acceptance of bad losses is commonplace. The expectation that Las Vegas won't beat better teams late in the year also accepted. Then Derek Carr survived every punch the Cowboys through his way and won a huge Thanksgiving game to revive their season. 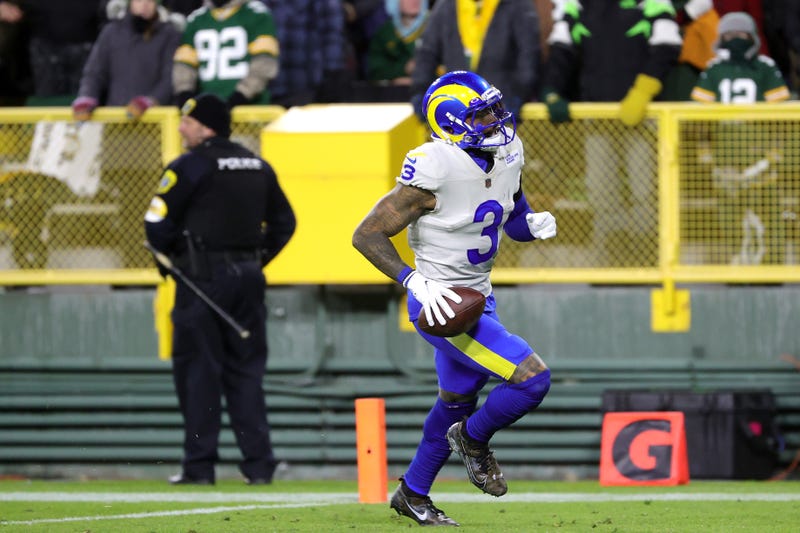 No. 6: Odell Beckham Jr. leaving the Browns hasn't stopped the drama and negativity surrounding Baker Mayfield. Now Kareem Hunt's father is bashing the quarterback. To get turnover after turnover against the Ravens and still muster no offensive momentum on Sunday night was alarming. Mayfield is Jalen Hurts and Daniel Jones rolled into one, but with a better offensive line.

No. 7: Justin Herbert may be the most confusing quarterback when it comes to media perception that I've seen in quite some time. The fawning over him when the Chargers win games knows no bounds. But when they lose, they're just a non-story. They're playing second fiddle in Los Angeles, which is understandable, but Herbert deserves a lot of bashing here. His poor play is every bit the reason why the Chargers have fallen to 6-5.

No. 8: Mike Zimmer very much sounded like sour grapes when complaining about the 49ers getting away with so many holding calls on Sunday. Holding occurs on almost every play. I learned to live with that reality, when it comes to rooting on my teams and bets. The Vikings didn't lose in San Francisco because the 49ers got away with holds. They lost because they're inferior.

No. 9: Frank Reich is going down swinging in his defense of the Colts shying away from running the ball. What makes Mike Vrabel and the Titans special is, when Derrick Henry is healthy -- and even when the team is down multiple touchdowns -- they don't panic and go through the air. They have Henry run themselves back into the game. Jonathon Taylor is currently the NFL's best running back. Reich and the Colts feared the Buccaneers that much, while having a lead, that they abandon their strength? Shame on Reich, shame on the Colts. If they miss the playoffs by one game, they can look back at this loss more so than September as to why.

No. 10: Cam Newton was benched on Sunday, two weeks after yelling into cameras that he was back. He was back, he was right -- back to being the same washed-up quarterback he was in New England. If the Panthers don't land a quarterback like Deshaun Watson, whom they've shown interest in, why would Matt Rhule want to stick around in the NFL? 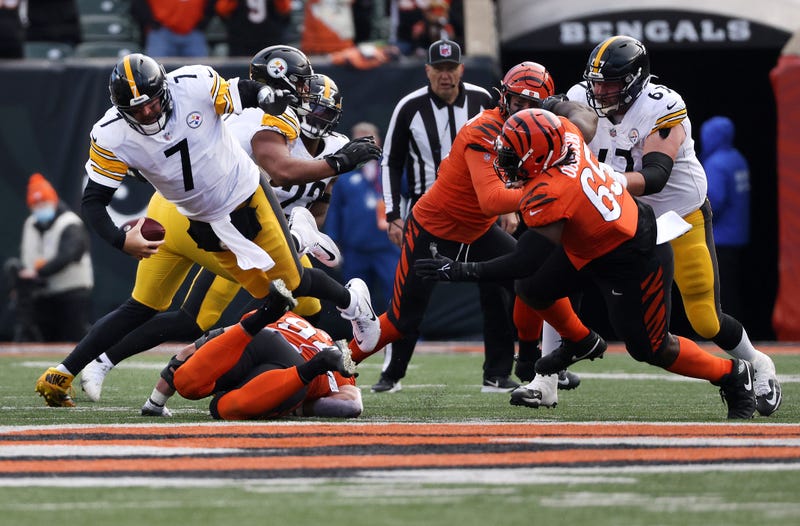 Ravens at Steelers: The Steelers' foundation is collapsing. A running back taken in the first round, an aging quarterback who can't move or throw. Now one last-ditch effort to rekindle an old-school rivalry and stay in the playoff hunt. This game will be big in the late window on Sunday, but I can't help but wonder how sad it'll actually be to watch the Steelers' offense.

Chargers at Bengals: The Bengals have come off their bye week red-hot, winning two straight games in blowout fashion. Now it's time for a battle of quarterbacks from the 2020 draft class. Herbert, as I wrote earlier, is avoiding criticism. If he looks worse than Joe Burrow as a franchise quarterback and allows the Chargers to freefall back down to the .500 mark, one can only wonder if the chirping about him being overrated may actually begin.

Broncos at Chiefs: NBC must've been crossing their fingers about the relevance of this game weeks ago. The Broncos, somehow, have managed to play their way back into playoff contention, albeit fringe-worthy. Now they travel to Arrowhead to play the Chiefs, which feel like they have no problems, when just a month ago, many questioned whether they'd make the playoffs. This is a real opportunity for the Chiefs to laugh at us, and remind everyone they're still the best bet to represent the AFC in the Super Bowl.

Washington at Raiders: An extended layoff for the Raiders following their stunning Thanksgiving Day win, while Washington comes off a short week of its own. The Football Team is looking to set the pace as the final wild card team in the NFC. Meanwhile, the Raiders' huge win over Dallas can be quickly forgotten should they come up lame against an extremely beatable opponent.

Patriots at Bills: ​An old-school feel as Monday Night Football receives the premier game of the week. A rarity, but one I can't wait for. New England just refuses to lose, making most people like me (who buried them) look foolish. The Bills have been so Jekyll and Hyde all season long, but this would be an inexcusable time to lay another egg at home. Buffalo had higher expectations than struggling to win their poor division. Monday's winner will have made a loud statement. 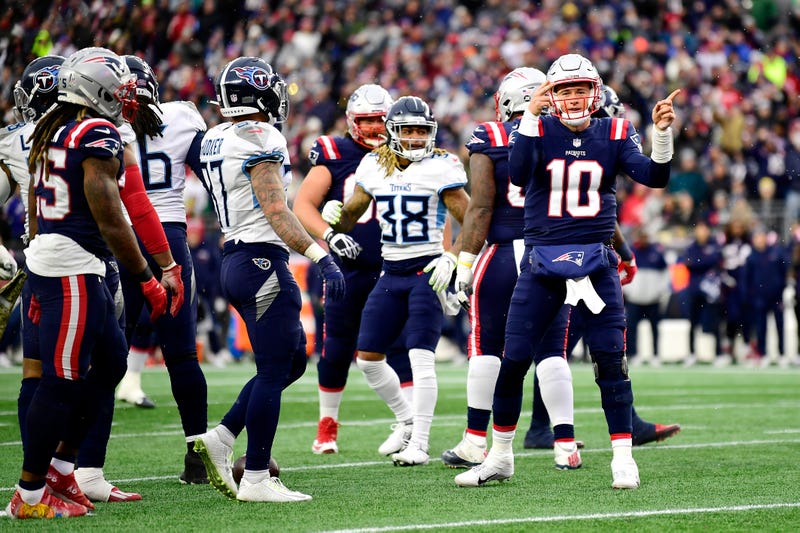 ​Cardinals (-7.5) at Bears: The Cardinals are looking to tie the NFL record for seven straight road wins by double-digit points. They're coming off a bye and hoping to have Kyler Murray back to recapture their early-season momentum. The Bears are awful -- they barely survived the lowly Lions on Thanksgiving. This is a good matchup for the Cardinals to get the Bears off the field and tack on points. Chicago ranks 30th in the league on third-down conversions, while the Cardinals' defense ranks third-best on stopping third downs. That's a key stat when considering laying a touchdown and a hook.

Raiders (-2.5) vs. Washington: ​Two weeks ago, I would've never touched this game. But the Raiders showed us something we hadn't seen in the past two years. They won a game as their season was spiraling downward, against a better opponent. Now they come back home to play a seemingly confident Washington Football Team off a short week. Washington continues to struggle to score points, and this Raiders offense won't meander its way through the same way the Seahawks did. The Raiders are 3-6 against the spread in their last nine home games, a trend people would lean on to think WFT. But I think Vegas may have found some extra juice and will handle their business.

Rams (-13) vs. Jaguars: The Rams' injuries are mounting. Beckham is banged up again, shocker. Darrell Henderson also happens to be hurt, and Stafford is playing through multiple injuries. I believe the Rams are broken and overrated. Here's the problem: the Jaguars suck. If this game spread goes over 14, I'd stay away. The Rams are beyond more talented than this Jaguars team, and Aaron Donald might eat Trevor Lawrence like a piece of cheese. Give me the Rams feeling good about themselves again, even if it lasts only one week.

Pizza Dip. Yeah, this is a dip and I'll refuse to apologize. Come get some. Usually when you discussing a great dip, you think about chips of some sort. This dip is all about good Italian bread, saucy and cheesy. Cream cheese, sour cream, pizza sauce, mozz, and yes, even pepperoni if that tickles your palate. This becomes one dense, cheesy dip that'll please either your football or holiday party gathering. Here's a great, easy recipe: https://belleofthekitchen.com/pepperoni-pizza-dip/