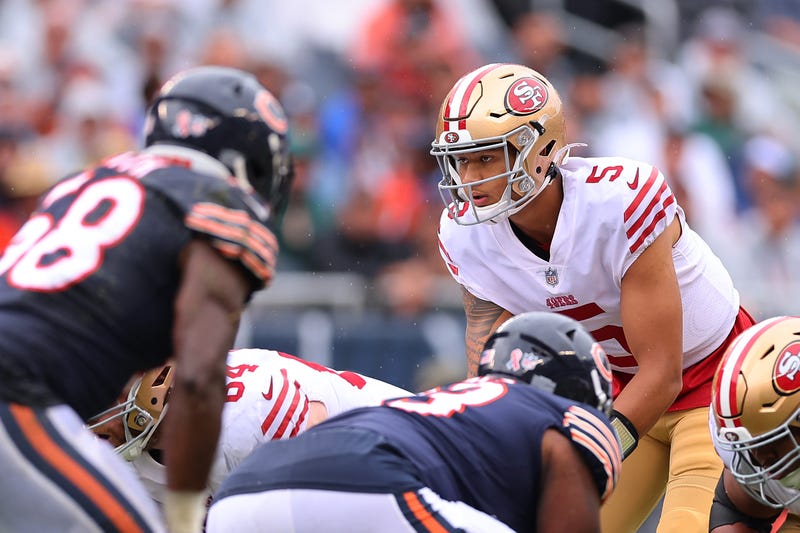 Another lost season for the Cowboys is already here. And yes, that white flag should be waving. Yet another campaign where star quarterback Dak Prescott couldn't stay healthy. Fluke injury or not, there's a pattern here. That offensive line is in transition, the window of winning -- behind that dominant front -- has closed, and the franchise must have a real self-evaluation about what's next.

Jerry Jones' desperation to win a Super Bowl before Father Time catches up with him is morbid, but understandable. However, Dallas is broken. And if not for the star on the helmet, they never would've received the hype they got in the preseason. The proof's there this week, as Jones won't even put Prescott on IR. He's hoping his starting quarterback can return sooner than expected.

Sean Payton is waiting in the wings for the phone call, a call he should get to replace the bumbling Mike McCarthy after this season. The best bet for Dallas isn't just to have Payton as head coach in 2023. It should also be to not worry about mounting losses in 2022, and realize that the team could be in position to draft a potentially elite quarterback and get assets for Prescott after 2022. The "Dak end" of an era in Dallas should be on the table, and it just might be.

No. 1: The Patriots' preseason of misery has now become a regular season reality. Their offense looks like a disaster. Why Bill Belichick believed he was outsmarting everyone with Joe Judge and Matt Patricia in control of the unit may be the most puzzling moment of his career. Mac Jones, though, will be the real problem. He's a Pro Bowler? C'mon. Jones is a backup quarterback.

No. 2: Jets head coach Robert Saleh says he's "taking receipts" on anybody who dares to challenge the franchise for not resembling the "same old Jets." The issue here is that Saleh would get a pass for not having his quarterback, or either of his left tackles. Instead he's challenging the New York media and Jets fans ahead of a daunting 2022 schedule. He's begging to be a defensive coordinator again, and soon.

No. 3: Kliff Kingsbury admitted he didn't like the way the Cardinals practiced ahead of their blowout home loss to the Chiefs. It's his job as head coach to make sure the unit is practicing correctly, so why say this publicly? In a wide-open NFC, this should be the key season for both Kingsbury and Kyler Murray to take a leap. Instead, Arizona already looks like a mess.

No. 4: Ties really need to go away. Player safety is obviously a concern, and so I know there's no right answer. But, aesthetically, looking at the standings for the next four months will bother me, with the Colts and Texans featuring a tie on their records. There should always be a winner and a loser.

No. 5: The Broncos had the most unforgivable loss of all the favorites that were upset this past week. They lost to a Seahawks team led by Geno Smith, who led the offense to just 17 points. Toss in the Broncos' rookie head coach Nathaniel Hackett looking unprepared for a critical crunchtime scenario, and alarm bells should be sounding in Denver. 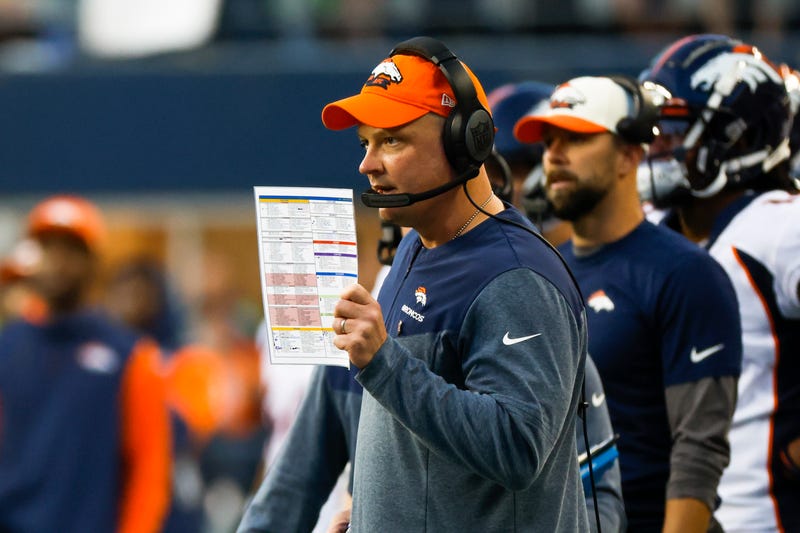 No. 6: Brian Daboll has already changed the culture for the Giants -- even if the road win against the Titans is the first of, say, five or six total wins in 2022. Daboll's modern football decision to go for two late, and asking his defensive players if it was alright, is the sign of leadership. Randy Bullock's missed field goal was good fortune, but that fortune hasn't happened to the Giants across the past five seasons.

No. 7: Aaron Rodgers thumbed his nose at taking preseason snaps, throwing cold water on gaining chemistry with his new, young receivers. The result was another pitiful opening week loss for the Packers. And this wasn't the "Purple People Eaters" defense from the rival Vikings. Rodgers pouting like a baby on the sideline is his own fault. And another reason why he shouldn't be trusted come January.

No. 8: The Falcons probably had no business leading the Saints for most of Sunday afternoon. For head coach Arthur Smith, that collapse was tough to swallow. But him taking on their media for them writing the team's obituary is senseless. He's thrown chum in the water for a team to answer to this media, while not having the talent to help their cause.

No. 9: The Lions fought with the Eagles during the second half, mounting a comeback on the arm of Jared Goff. And they had the best moral victory of the weekend. The conference may be even more wide open than we initially thought, and Detroit may be a must watch game.

No. 10: Trey Lance wasn't happy Jimmy Garoppolo was brought back. John Lynch and Kyle Shanahan won't be either, if Lance continues to struggle like he did against the Bears in Week 1. Lance deserves to endure a rocky learning experience with the 49ers -- an experience that may result in plenty of losses. Having a locker room that knows they can win with Garoppolo won't help him. 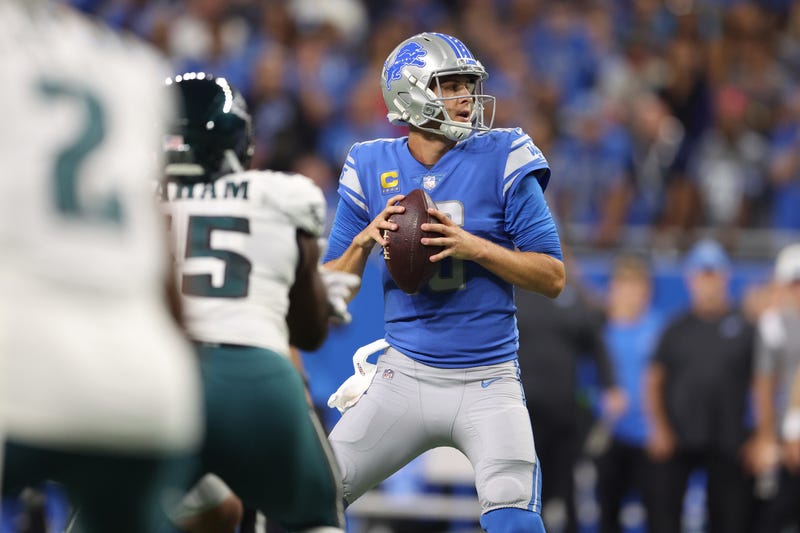 Bucs at Saints: The Saints haven't lost to the Bucs in the regular season since Tom Brady joined the division. Dennis Allen and Jameis Winston left a lot to be desired early in their win against the Falcons, but the reemergence of Michael Thomas was huge. Tampa won a pillow fight against the Cowboys, and we still don't know how much -- or if -- their flaws were tested. Can Brady set the Bucs' season off to the right start?

Cardinals at Raiders: Two playoff teams from a year ago that lost in Week 1 meet up in this interesting game that'll leave the loser in a bit of desperation. Kingsbury questioned the team's practice habits, putting pressure on himself without even realizing it, perhaps. And the loser of this game, each playing in a difficult division, will see their playoff odds drop dramatically.

Vikings at Eagles: This is Part 2 of the Monday Night Football double-dip, and it presents a very intriguing game. The Eagles passed on Justin Jefferson in the draft a couple years ago, and now they'll have their new-look secondary tasked with guarding him. With Prescott sidelined, Philadelphia sees a chance to take off in this early part of the season, and run away with the NFC East.

Titans at Bills: Part 1 of the Monday Night Football doubleheader pins last season's top seed in the AFC against the favorite this year. The Titans, after a terrible home loss to the Giants, have a real possibility of starting the season 0-2. Fortunately for Tennessee, nobody in their division won in Week 1.

Dolphins at Ravens: Are the Dolphins about to be for real under first-year head coach Mike McDaniel? Maybe. Or, maybe the Patriots are going to be that bad. The Ravens are dealing with injuries on the offensive line, but they have Lamar Jackson under center, who just may be trying to tease Dolphins ownership into signing him next offseason. It's a refreshing AFC pinball bout without a lot of the same star characters we're used to seeing in big games. 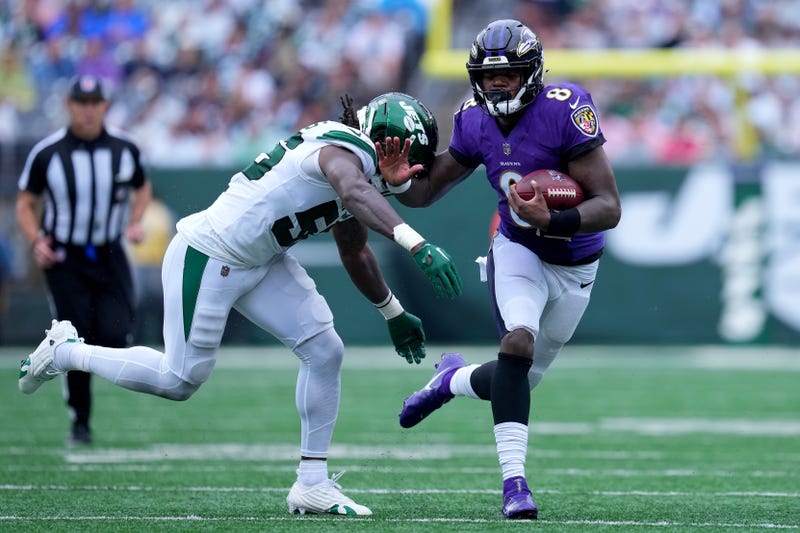 My Picks
﻿A big 0-3 crap sandwich to begin the season feels ominous. But, hard times make hard people. So, for this week:

Saints (+2.5) vs. Bucs: Tampa didn't have to sweat against Dallas, Giselle has spoken, and the controversial Brady offseason appears to be behind us. But the Bucs' offensive line injuries are still glaring. New Orleans struggled for far too long against Atlanta in Week 1, but Winston found something late. The most important stat is 4-0 -- that's the Saints' regular season record against the Bucs since Brady arrived. I'm getting points with Brady's Bucs kryptonite, and I'll gladly take them.

Patriots (-2.5) at Steelers: So I want to make this very clear before I make this pick: I believe the Patriots suck, and the world believes the Patriots suck. I believe sportsbooks want you to take Pittsburgh at home getting points, and I'm not taking that bait. The absence of T.J. Watt creates a major issue for the Steelers, hoping to take advantage of the horrendous Patriots offense. On the flip side, the Steelers offense with Mitchell Trubisky is ugly. And that's just the kind of quarterback Belichick can still out-scheme for a road win and cover.

Dolphins (+3.5) at Ravens: I can't wait for this matchup. The Ravens didn't screw around against an inferior opponent in the Jets last week, and Jackson looks electric in a contract year. However, three points and the hook is a little too rich and disrespectful to a Dolphins team that I believe the market doesn't fully know how to play yet. Miami may be the flat-out better roster too. I'll take the 3.5 points gladly, with the fish.

Baked Chicken Baguette Pizza. Baguette isn't just a fun word to say, it's a versatile loaf of bread you can get at a bakery or supermarket. And for this fun football food, grab some sliced -- not shredded -- fresh mozzarella. Seasoned grilled chicken (you'll cut into small pieces after cooking), spinach, and some roasted red peppers. I like to season this with some oregano, thyme, salt, and pepper. Cook spinach in some garlic and oil in the frying pan.

Take the baguette, slice it in half. And on each half, lightly brush the bread with a butter and olive oil mix. Sprinkle some garlic powder on the painted bread, and then the fun layering starts. First comes the mozzarella spread evenly, then top it off with the chicken, roasted red peppers, and cooked spinach. Place in the oven for eight minutes at 350 degrees, and cut into pieces and serve. Crunchy, buttery bread with flavorful chicken and gooey cheese, plus roasted red peppers and spinach. Fun for the whole family.