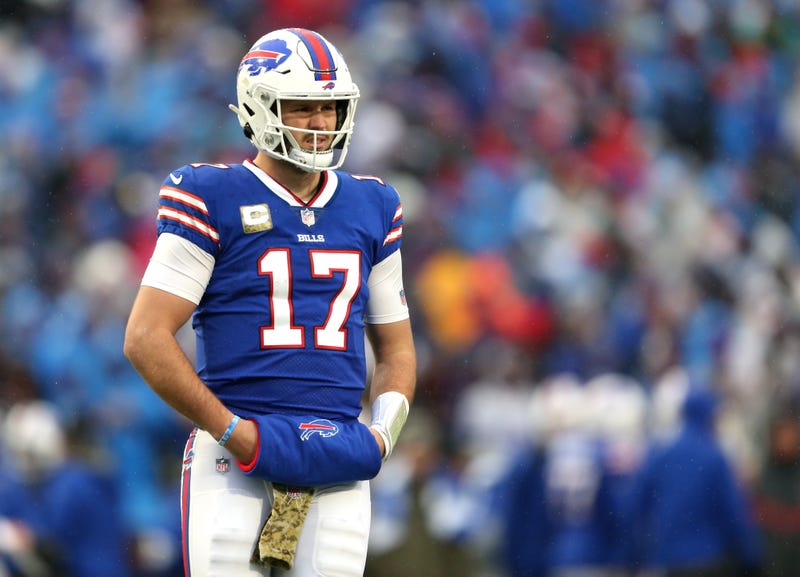 The Buffalo Bills entered this season with lofty expectations, primed to make a Super Bowl appearance for the first time since 1994. But a midseason skid has hurt their reputation, and knocked them down a few pegs.

For the second time in three weeks, the Bills didn't come close to resembling a true title contender. In lousy weather, they allowed Jonathan Taylor to score a whopping five touchdowns in a 41-15 blowout loss to the Indianapolis Colts on Sunday in Orchard Park. Buffalo's lead atop the AFC East is now gone.

"When you look at the Jaguars game and look at the Colts game, it's come down to penalties, sacks, turnovers," former Bills lineman and current radio analyst Eric Wood told the Tiki and Tierney show on Monday. "The way the Bills have gotten penalties, they're drive-extenders. They're not 1st-and-10 encroachment penalties. They're 3rd-and-13 defensive holding.

"They're roughing the passer on 3rd-and-11 when you're getting off the field. It's a personal foul around midfield that instantly puts them in field goal range. These are penalties leading to points. And anytime you lose that turnover margin 4-0, you're going to lose in the NFL... [Fans'] expectations are still high, I can guarantee you that..."

The Bills looked flat from the get-go, as they allowed an 11-play opening drive touchdown to Taylor, committed a turnover on their first possession, and then watched Taylor score once more all within a 13-minute span. Bills quarterback Josh Allen, who remains in the MVP conversation, was out of sync. He threw for just 209 yards with two touchdowns and two picks, and was pressured on 16 total dropbacks.

Allen's struggles didn't grab headlines. The top story belonged to Taylor, who rushed for a season-high 185 yards on 32 attempts and set a Colts record by scoring five times. Through 11 games, the second-year halfback leads the NFL in rushing yards (1,122), touchdowns (13), and first-downs (68). Since drafting Allen in 2018, the Bills have given up 40-plus points in a game only four times.

Buffalo (6-4) will visit the New Orleans Saints (5-5) in a Thanksgiving matchup on Thursday night. According to FiveThirtyEight projections, the Bills currently have a 74-percent chance to reach the playoffs and a 51-percent chance to win the AFC East.

The entire Bills conversation between Wood and Tiki and Tierney can be accessed in the audio player above.