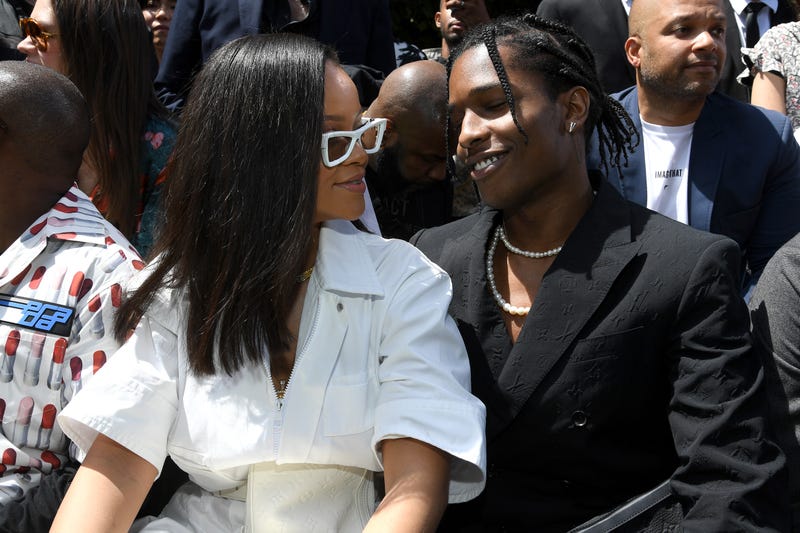 Are soon-to-be parents A$AP Rocky and Rihanna tying the knot? Rocky’s new single and music video “D.M.B.” might be hinting at a wedding down the road.

Rocky teased the newly-released single on Instagram Wednesday with a 20-second snippet. Reportedly, the music video, co-starring Rihanna, was shot in New York City last July. Abbreviated as “dat’s my b***,” the visual shows the high-profile couple wearing marriage proposal-themed grills. Rocky’s grill spells out the words “marry me”, whereas Rihanna’s grill says “I do.” Could this mean an official engagement? Only time will tell! The pair confirmed their relationship in the summer of 2020, and have been going strong ever since.

Featuring background vocals from A$AP Ferg, “D.M.B.” is produced by Rocky, Skepta, Shlohmo, Hector Delgado, and Kelvin Krash, with additional production by D33J. The music video was directed and executive produced by Rocky for AWGE. Furthermore, the visual is an ode to the classic love story, depicting a ride-or-die relationship.