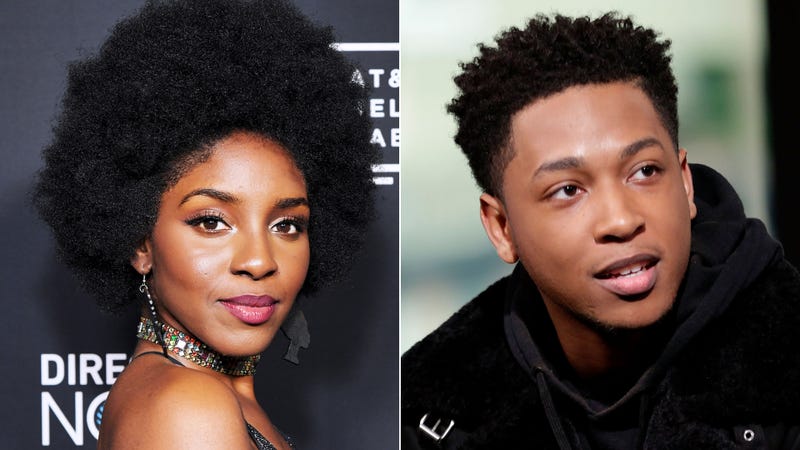 When you’re talking about staples in Black film, you’ve got to mention House Party and its follow-up films. The 90s classic is being remade and set to release next week, and some of the cast dropped by The Big Tigger Morning Show at V-103 Atlanta to share their thoughts and experiences on recreating the iconic comedy.

Have you heard the saying, “if it’s not broke, don’t fix it”? Apparently, that’s how many people are feeling about this remake. However, Jacob Latimore, D.C. Young Fly, and Karen Obilom don’t see what all the controversy is about.

“We got the OGs in the movie, so if they’re passing us the torch – why is everybody complaining?” D.C. asked.

Dealing with a lot of criticism, Latimore assured that, “we weren’t trying to copycat anything, we were more so trying to build our own chemistry but also keep the iconic themes in the film.”

And with original producer Reginald Hudlin having played an active role in the filmmaking process and consistently giving his stamp of approval, fans are just going to have to trust the process.

Obilom was puzzled at the idea of there being controversy behind the remake because if it were any other movie franchise it wouldn’t be a problem, saying, “the only thing that annoys me when people get mad when we remake classics is like they will watch the white shows, they will watch 'Top Gun' if it came out eight more times.”

Critics aside, the cast is quite confident in the film: “I think the people gone be shocked,” Latimore said. "This is our new modern day of what a house party would look like,” comedian D.C. Young Fly shared.

The film is full of celebrity cameos, from Lebron James and Anthony Davis to Lil Wayne and Snoop Dogg, which happened to be one of V-103's Shamea Morton’s favorite parts as she couldn’t help but drop spoilers throughout the interview because of how good she thought the movie was.

House Party will be in theaters Friday, January 13.

In true Big Tigger Morning Show fashion, they concluded by playing a game of Ones Gotta Go. The choices were House Party, Friday, Life, and Coming to America. Out of the four films, Karen got rid of Friday in hopes of finding a loophole because Next Friday is her true favorite. Jacob said House Party could go which was quite ironic with the film he just starred in, and D.C. Young Fly got rid of Coming to America.