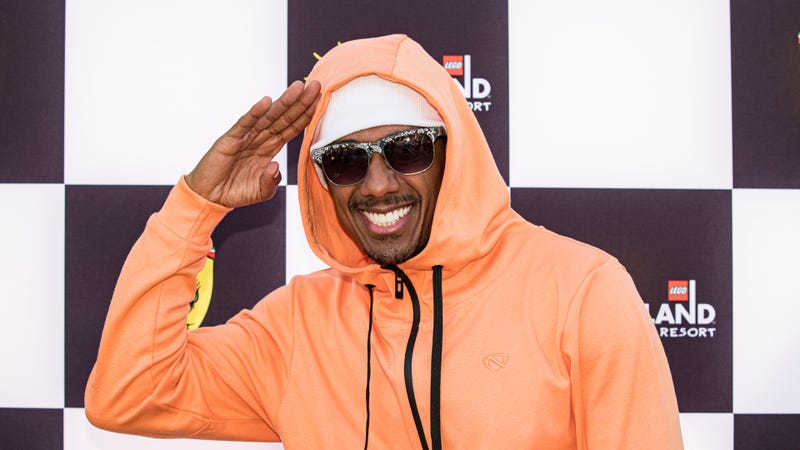 Taking some time from his busy Wild N Out: Live Tour schedule and of course daddy duties, Nick Cannon stopped by Audacy's V-103 studios to chat with The Big Tigger Morning Show. Getting into all the deets of what we are all wondering, including, his ever-growing brood and how the internet is obsessed with him having a possible vasectomy, plus much more.

Starting things off with memes, Tigger couldn’t help but start laughing as he mentioned he’d just seen one that blamed Nick for the current formula shortage, which made every in the studio loudly burst into laughs as well. As they continued to quip that the exact amount of children Nick has.

"Isn’t there one in development?," Tigger asked, to which Nick responded, “isn’t there always." Jokes aside, Nick went on to note that he just aims be responsible as a father, but did however admit, “I didn’t set out” for things to go as they did, but since they have, “I just want to be the best father I can possibly be.”

“I embrace all my children, I love children, but I wasn’t setting out to be Father Abraham.” While Cannon’s embracing the cards he’s been dealt, he did say “a lot of people have a lot of children as well and they kinda keep it quiet or they don’t talk about it, I lean into mine.”

When asked if all his baby mama’s get along, Nick asserted, “they don’t have to, they all get along with me.” Going on to jest about how these days he feels sought after in that sense, which co-host Ms. Pat had just joked about moments before and continued to after in a Wild N Out manner.

As for those vasectomy rumors, Nick admitted, “I had to go for the consultation, first of all, every vasectomy, all the companies was DM-ing me, asking me to be a spokesperson, so there’s a bag in it. You know I always can locate a bag,” Nick added, continuing to joke about the possibility of filming it for a paycheck, before revealing that for the time being things are staying as they are.

Wondering if Nick is currently dating, or if he plans on walking down the aisle again? Or looking for info on his new Raw&B mixtape and Wild N Out plans? Listen to his entire interview with The Big Tigger Morning Show above for the answers.