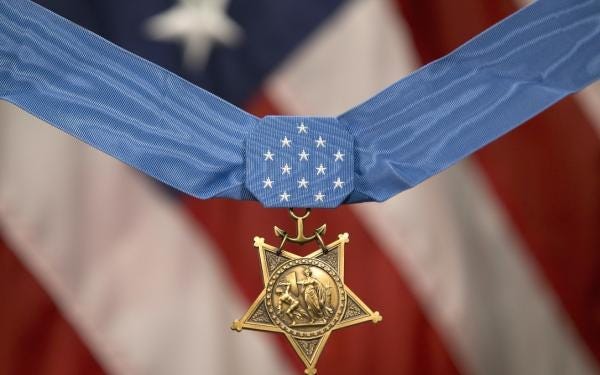 We understand the Medal of Honor as a symbol of extraordinary bravery displayed on the battlefield.

Whether earned atop the mountains of Afghanistan or on the beaches of a desolate Pacific island during World War II, the single thread uniting all who receive it is the weight the award carries.

But the Medal of Honor has, like many military traditions, gone through a transformation.

Here are 9 things you didn’t know about the Medal of Honor.

1. About half were awarded during the Civil War

President Abraham Lincoln signed a bill in 1861 that created a medal so the Navy could recognize those sailors and Marines who “most distinguish themselves by their gallantry and other seamanlike qualities during the present war.” The Army was added the following year.

Initially, the requirements for the award were somewhat vague, and it was quickly given to 1,522 participants.

Being awarded the Medal of Honor is one thing but what about having it revoked? You’d have to ask the 864 soldiers of the 27th Maine Infantry Regiment who were awarded the medal for their service during the Civil War only to have them recalled when the Army changed eligibility criteria for the MoH.

3. It comes with some perks 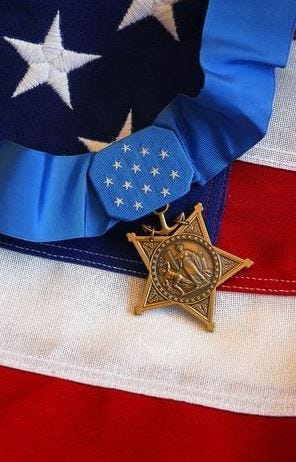 4. Just one President has been awarded the Medal of Honor

When the Spanish-American War broke out, then-Assistant Secretary of the Navy Theodore Roosevelt couldn’t resign fast enough to join the Army as leader of the famous Rough Riders. 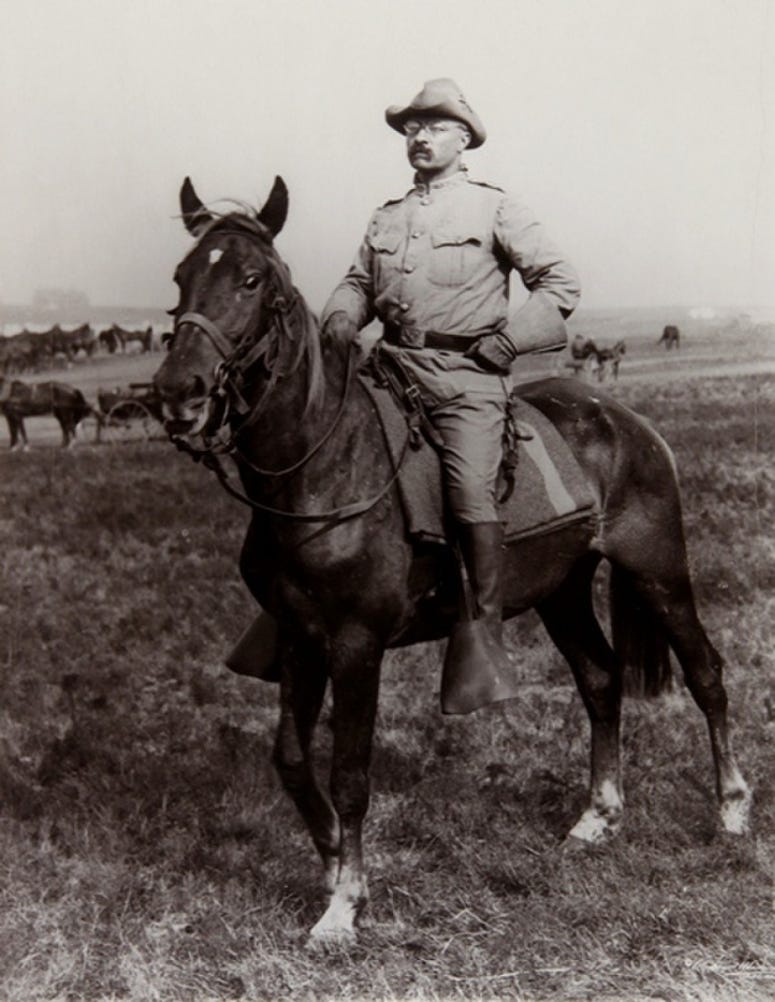 Roosevelt was initially passed over by the Army when he was first nominated for the Medal of Honor in 1916, citing a lack of evidence for heroic actions, but President Bill Clinton awarded the Medal of Honor to his posthumously in 2001.

5. The award was shrouded in accusations of racism

No African-Americans who served during World War II were awarded the Medal of Honor so, in 1993 a formal investigation was launched by the Army to find out why. Investigators found no proof that any black soldiers were not awarded the Medal due to their skin color, but they did see that racism played a role in awarding other honors to the unit for their heroic actions.

As a result, ten recipients of the Distinguished Service Cross had their award upgraded to the Medal of Honor. In 1998, a similar probe resulted in 22 Medals of Honor being awarded to Asian-Americans.

6. The award has three modern versions 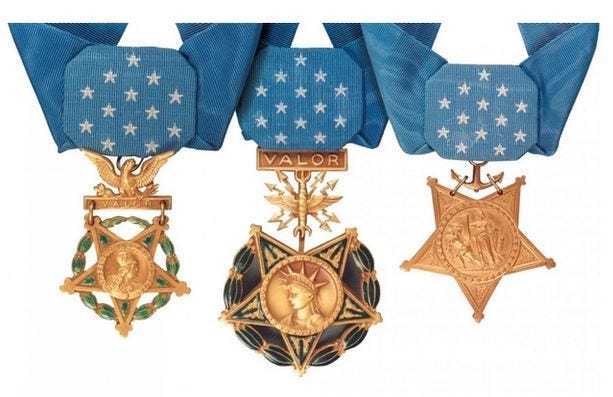 The Army, Navy, and Air Force each have their own modern version of the medal.

7. There’s been just one Coastie to receive the award

Today, the Coast Guard is known to patrol American shores, but during World War II, the sea service was used to transport Marines heading to battle.

The Coast Guard’s Medal of Honor belongs to Signalman 1st Class Douglas Munro who led a rescue of an entire battalion of Marines who were attacked by an overwhelming Japanese force during  Battle of Guadalcanal.

Under intense fire, Munro directed several small craft to the shore to pick up the Marines. In a last minute effort to distract the enemy, Munro maneuvered his boat to use it as a shield between the beach and other boats. Munro was hit by enemy fire and killed. According to fellow signalman Ray Evans, Munro’s last words were, “Did they get off?” referring to the Marines. 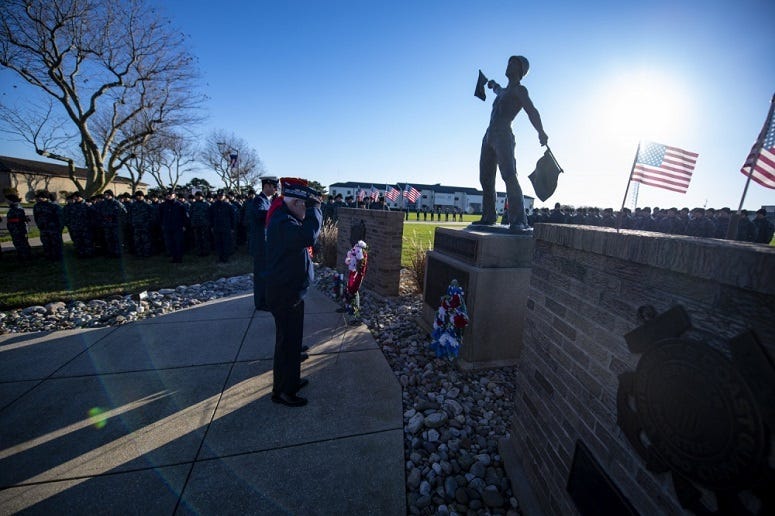 A statue stands in his honor at the Coast Guard Training Center in Cape May, N.J.

8. All four medals awarded for actions in Iraq are posthumous

Three of the medals were awarded to service members who jumped on a live grenade, saving their teammates. 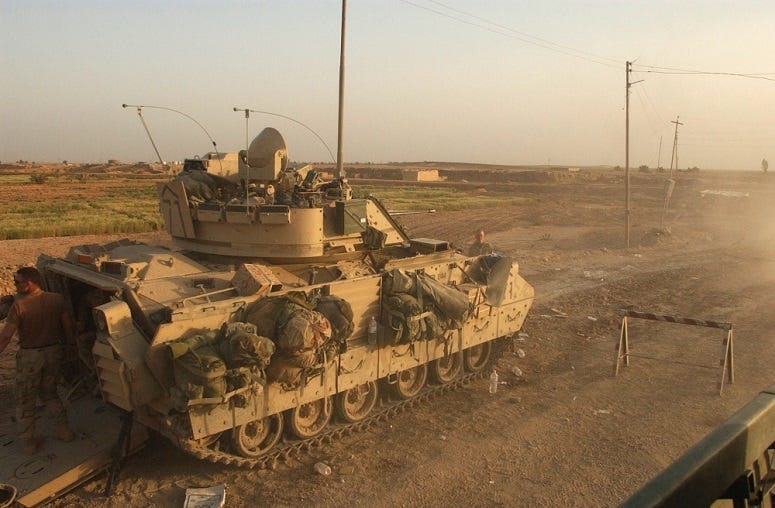 Marine Cpl. Jason Dunham wrestled with an insurgent to the ground when he noticed him release a grenade. Dunham covered the grenade with his helmet and body, shielding his fellow Marines from the blast.

Army Pfc. Ross McGinnis jumped on a grenade that was tossed into his gunner’s hatch of a Humvee while patrolling northeast Baghdad. “Grenade,” he yelled before pinning the live weapon between his body and the vehicle absorbing the brunt of the explosion. Four other soldiers were saved.

Insurgents assaulted Navy SEAL Petty Officer 2nd Class Michael A. Monsoor's rooftop position in Ramadi. After rocket-propelled grenade and small arms fire began, a grenade was thrown onto the roof and bounced off Monsoor’s chest, landing in front of him. He could have escaped the blast but chose to throw himself on it, saving two other SEALS.

The fourth Medal of Honor was awarded to Army Sgt. First Class Paul R. Smith who was killed on April 4, 2003, when his unit at Baghdad International Airport, came under heavy enemy fire.

During an intense attack, Smith organized dozens of soldiers to defend the area and helped to evacuate three wounded soldiers from an armored personnel carrier (APC) that was struck by a rocket-propelled grenade. Then, he took control of a .50 caliber machine gun on another damaged APC and maintained that position until he was mortally wounded. Smith killed as many as 50 enemy attackers while protecting numerous wounded American soldiers.

9.  Two other Medals of Honor earned for actions in Iraq will be awarded

Army Staff Sgt. Stevon A. Booker will posthumously receive the Medal of Honor for his actions during the invasion of Iraq. As a barrage of enemy firepower rained on his position, Booker maintained communication with his platoon while destroying an enemy vehicle.

RELATED: Soldier killed in Iraq by taking out a suicide bomber will be awarded Medal of Honor

In 2007, Army Staff Sgt. Travis W. Atkins tackled a suicide bomber shielding others from the blast. President Trump will present the Medal of Honor to Atkins' family at a ceremony on March 27.