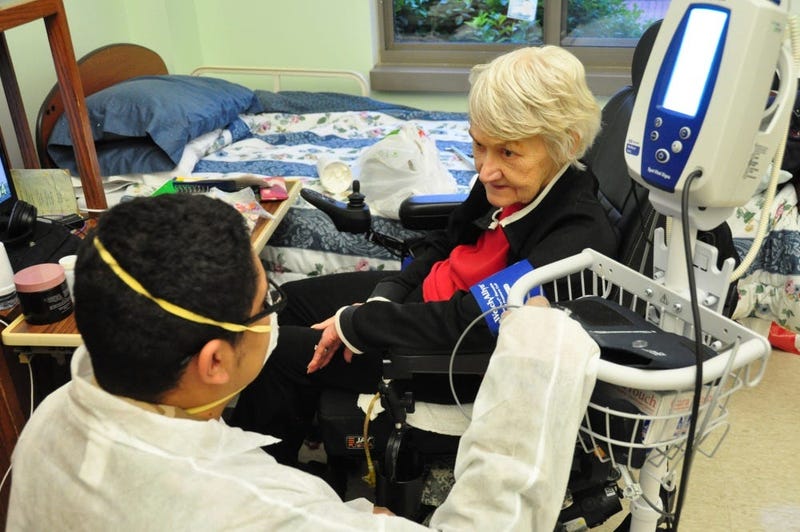 After more than two months of declining active cases of the coronavirus among Department of Veterans Affairs patients and staff, those cases are beginning to rise again.

Since about the end of July, active cases among VA patients and staff have generally dropped, reaching about 2,400 cases last week. But since Sept. 17, VA recorded more than 500 additional active cases, an about 20.8% increase in less than a week. Active cases are still lower than in August or at the beginning of September but are beginning the climb.

Though the number of patients actively sick with the coronavirus had been declining, it's still more than twice the number of active cases it had when the department hit a low point of about 1,252 on June 3.

VA has recorded 58,230 total COVID-19 cases so far during the pandemic, adding about 10,000 cases in the last month and more than 2,100 cases in the last week. That total includes active cases and those considered "convalescent," patients who are either recovering at home or who have gone more than 14 days since they tested positive. At the current rate, VA could reach 60,000 total cases by October.

Patient deaths at the department continue to rise, though the rate has slowed since a spike in August. VA recorded 3,301 patient deaths as of Sept. 22, up more than 12% so far this month and about 30% from this time last month. So far in September, VA has recorded 366 patient deaths and is on track to reach about 500 by month's end. That number is still a significant decline from the 825 patient deaths VA recorded in August, the deadliest month of the pandemic for VA patients so far. May saw the second-most deaths at 730.

VA staff deaths, however, may increase this month. So far in September, VA has recorded seven employee deaths from the virus. In all of August, VA had seven employees die because of the virus.

While the department reached bleak milestones in August, and active cases have begun to rise again recently, the department shared some continued hopeful news.

The best measure of how the fast-spreading virus is affecting VA patients is hospitalization rates, Press Secretary Christina Noel has said repeatedly. And at department hospitals, those rates have remained relatively steady in the last two months.

VA has attributed its relatively low infection rate to digital screening at its hospitals and clinics, more appointments held via telehealth, increased testing and other efforts.

As of Sept. 22, VA had administered more than 688,788 COVID-19 tests nationwide, though that number includes patients, staff and others, and also includes all tests administered -- not just how many individuals have received tests. VA cares for more than 9 million veterans and has hundreds of thousands of employees, according to the department.

Testing increased by more than 12% in September so far and more than 20% from this time last month.