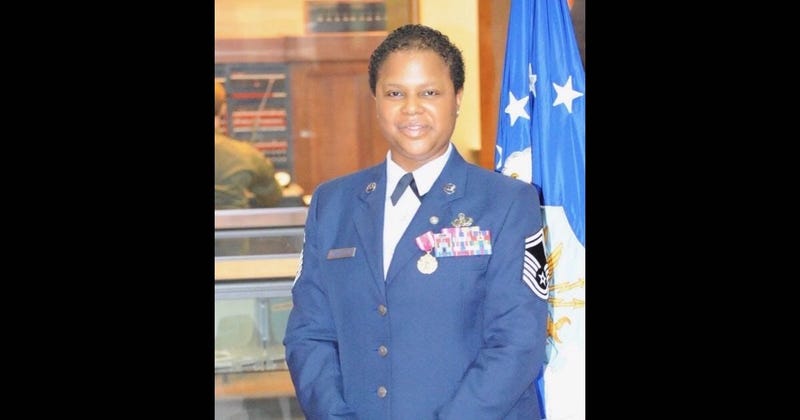 She was at work at Scott Air Force Base in Illinois when she learned that she had metastatic breast cancer. Her cancer diagnosis and 10-year battle against the disease began with a sneeze.

“I was at work, sitting at my desk and I sneezed,” she said. “It burns. I thought that was weird.”

The same thing happened about a week later and McGlown made an appointment with a military doctor. During the appointment, she told the physician that something didn’t feel right in her breasts.

Days later following a mammogram, McGlown learned she had metastatic breast cancer that had spread to her ribs and liver.

“I didn’t even know you can get breast cancer in your ribs,” she said. “It was scary.”

McGlown opted to treat the disease aggressively and had one question: How long did she have to live?

The single mother had just bought a house and both she and her daughter were in college.

She was told she had anywhere from 3 to 5 years. 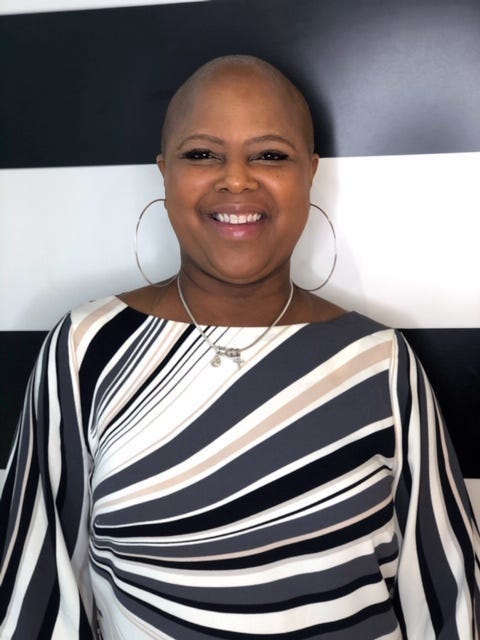 “There were so many thoughts,” she said. “Being scared, the what if’s. There’s just so many things. I was freaking out, I was crying.”

Then, something else kicked in.

“I was like, you’ve got to get it together, you’re going to sink or swim,” she said.

With her military family by her side, McGlown began to aggressively treat the cancer with chemotherapy.

“It’s a tough process,” she said and urged those fighting cancer to be their own advocates.

“When you are making decisions, there is no right or wrong because you are going into an unknown world,” she said.

The treatment kept the cancer stable until last July when an exam found the disease was progressing. Doctors asked McGlown if she’d be interested in participating in a clinical trial for a cancer-fighting drug. Her answer was yes.

“It wasn’t a last resort for me,” she said. “I could have gotten another chemo. I want veterans to see that clinical trials work.”

And so far, the clinical trial is proving to be successful.

“Sixteen months later, I just had a scan and its stable,” she said. “This is not only helping me but future generations.” 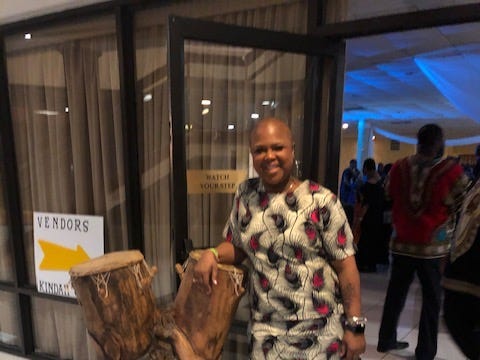 McGlown has also taken that advocacy to Capitol Hill, where she’s lobbied lawmakers to support various pieces of breast cancer legislation targeting veterans. She said about 20 to 40 percent of veterans are diagnosed with breast cancer and not all of them are women.

“We need to bring awareness to women and men in the military,” she said, noting that one out of 500 men gets breast cancer. For women, the number is one out of eight. Breast lumps are found by spouses in over 50 percent of those cases, she said.

“The cancer was never about Sheila.” she said. “It was about who I can help, who I can give hope to.”