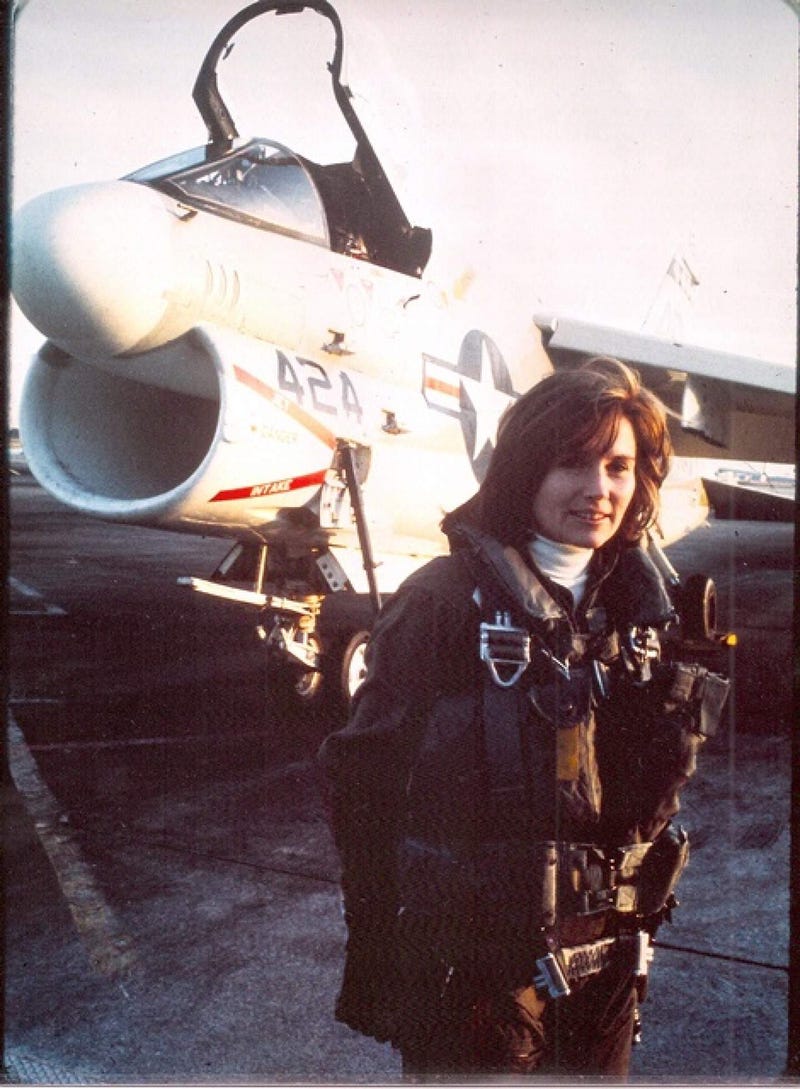 After losing her battle with ovarian cancer, the U.S. Navy’s first female jet pilot has died at 65.

Retired Captain Rosemary Bryant Mariner was born in 1953 and was one of the first women to earn their wings as a United States Naval Aviator in 1973. Mariner graduated from Purdue University at the age of 19 with a degree in Aeronautics.

After receiving her flight training she then trained on the A-4C and A-7E Corsair II becoming the first woman to fly a front-line attack aircraft. In 1990, she made history again as the first woman to command a military aviation squadron, VAQ-34 during the Gulf War.

She retired from the U.S. Navy in 1997 after 24 years of service, 17 carrier landings, and over 3,500 military flight hours. Mariner continued to mentor and connect with other women aviators as the as the president of the Women Military Aviators.

She was a strong advocate for the integration of women in combat aviation roles and paved the way for many other female aviators to follow in her footsteps.

Mariner lived in Norris, Tennessee with her husband and retired Navy Commander Tommy Mariner, and their daughter Emmalee.