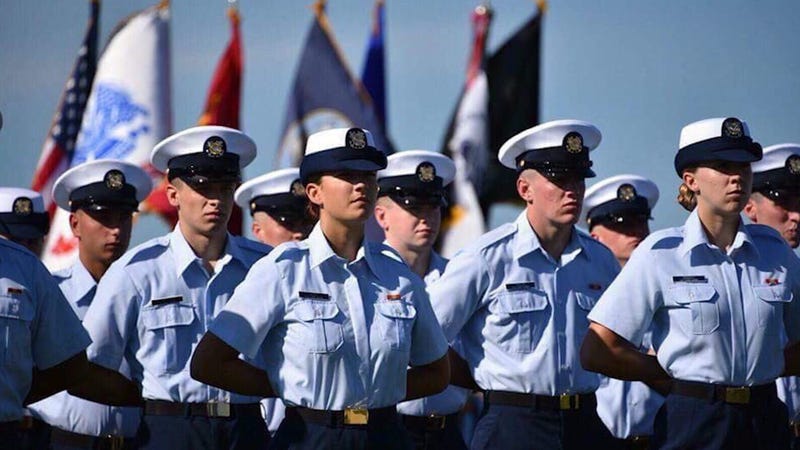 A House committee has signed off on a measure that would guarantee that Coast Guard service members are paid, even in the event of a federal government shutdown.

Earlier this year, Coast Guard members and their families went without pay during the 35-day shutdown, the longest government shutdown in the nation’s history. Meanwhile, the 41,000 active duty Coast Guard members remained on the job and some continued to deploy despite missing paychecks.

The Coast Guard Reauthorization Act was recently approved by the House Transportation and Infrastructure Committee by voice vote, reauthorizing Coast Guard funding of about $12.9 billion until 2021. Under the legislation, Coasties should continue not only to be paid, but paid on time in the event of a shutdown.

“This legislation ensures our Coasties can continue carrying out their important work to secure our waterways and keep our communities safe,” Rep. Peter DeFazio, D-Ore., said in a statement. “In addition, I am proud to have added an amendment which guarantees that members of the Coast Guard are paid on time and in full, even in the event of another senseless government shutdown.”

The Coast Guard was the only branch of the Armed Forces that did not receive pay during the shutdown, as it does not fall under the Department of Defense which remained operational. Instead, the Coast Guard is primarily funded by the Department of Homeland Security. Coasties were either furloughed or worked without pay for the duration of the shutdown. Many turned to the community, food banks, and loans for financial support.

And it wasn’t just active Coast Guard who were put at risk -- veteran retirees also were in danger of missing their pension checks. In addition to active duty and retirees, 6,000 reservists and 8,500 civilian workers also went without pay.

Coast Guard members were eventually reimbursed for their missing pay after President Donald Trump signed a bill restoring that money earlier this year.

“The federal government may have been partially shut down earlier this year, but the brave men and women of the U.S. Coast Guard were still one hundred percent on the job-in the dead of winter no less-carrying out life-saving rescues, interdicting drugs at sea, and doing whatever was necessary to keep our coastal communities safe,” DeFazio said. "I want to make sure this hostage-taking never happens again."

Also on Capitol Hill recently, the Senate passed its version of the National Defense Authorization Act (NDAA), its fiscal 2020 defense budget bill, which calls for a 3.1 percent military pay raise -- the largest in a decade. The total defense budget package passed by the Senate is $750 billion.

The House has yet to begin debate on its version of the NDAA, which is expected to kick off after the July 4 break. House Armed Services Committee Chairman Rep. Adam Smith, D-Wash., has proposed a $733 billion and also includes the 3.1 percent pay raise.

The House also recently passed one of several massive budget bills, including one $400 billion bill that includes an about a 10 percent increase in VA spending for 2020, for a total of $217.5 billion under the bill.

“(The bill) will provide significant and enhanced funding for the VA, deliver on our promise of medical care and benefits that veterans have earned through service to our nation, and make smart investments in critical programs that make a real difference in the lives of servicemembers and veterans,” said Rep. Debbie Wasserman Schultz, D-Fla., chairwoman of the House Appropriations Committee panel on veterans issues.

That 217.5 billion is a bit more than the White House requested for the VA in the coming year and is nearly double the VA budget from a decade ago, or four times as much as the total VA budget in 2001.

The VA money is wrapped up in the much larger spending bill which attracted a veto threat from the White House when Democratic lawmakers left out several billion dollars requested by the Trump administration for the border wall and included specific limits to the president’s ability to use military construction money on building the wall.

The Senate has yet to take up its major budget bills.