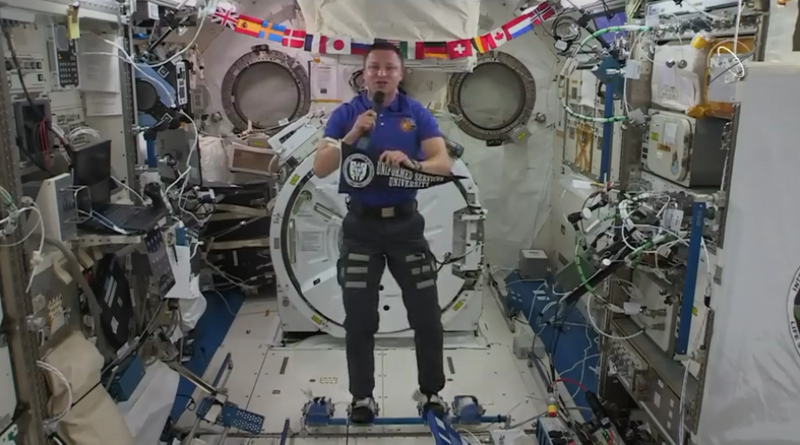 "Uniformed Services University of Health and Sciences, I have you loud and clear. Welcome aboard the International Space Station."

At 11:55 a.m. today on the East coast — and who knows what day and time on the International Space Station — NASA hosted a live uplink to the ISS so students from USUHS and surrounding schools could ask soldier, doctor, and astronaut Colonel Andrew Morgan questions about life in space.

Morgan is the first Army Medical Corps officer to travel to the ISS. The West Point graduate served in the Joint Special Operations Command at Fort Bragg, as the battalion surgeon for the 1st Battalion, 3rd Special Forces Group, and in a special operations assignment in Washington, D.C. In these roles, Morgan deployed twice to Afghanistan, once to Africa, and once to Iraq in support of combat operations. 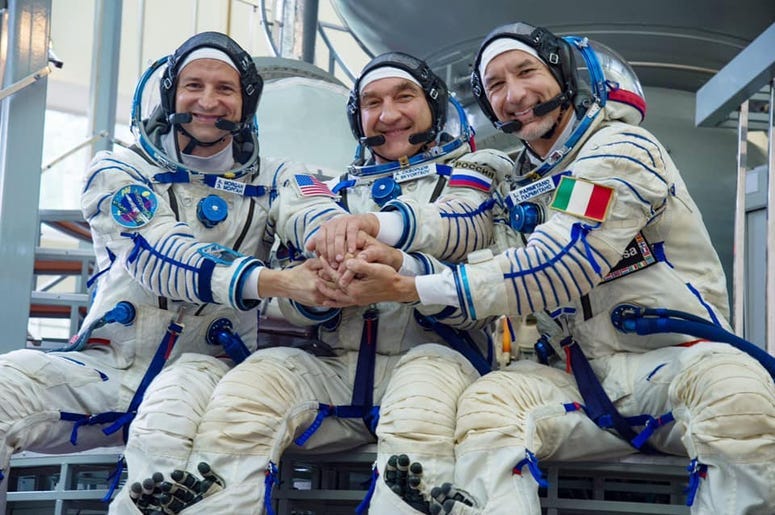 Questions during the uplink came from students from the Washington School for Girls, Washington Episcopal School, and various programs at USUHS. Morgan even got a few surprise guests including his wife's cousin and a lieutenant he himself served alongside on Earth. This second surprise was rather distracting for the space colonel.

"It warms my heart to see you guys so successful there. But Steve, I've forgotten what your question was," Morgan said.

Steve's question was about the challenges that Morgan has faced on the space station — similar to other questions that asked about how training as a soldier and doctor prepared Morgan or if there had been any surprises so far.

"There was nothing during launch, during my time on board the ISS, or even during my first couple of spacewalks that I felt like I hadn't experienced before," Morgan said to describe how well his training had prepared him. But he did also explain that his time in the special operations community has left him confident that — should an unfamiliar experience arise — he'll be able to handle it.

"I think out of the box thinking is one of the hallmarks of special operations," Morgan said. "They're always the thought leaders on the cutting edge of how to solve problems in ambiguous circumstances with limited resources."

Several of the questions posed also concerned the role of physicians and surgeons in future space exploration — is NASA working on making space surgery possible? With medical skills being an integral part of every astronaut's training, is there a specialized role for physicians in the future of space exploration?

"We are going to need to build more robust training into the crew that we fly," Morgan answered. "Whether or not we're going to need a physician on board is not a question I'll be able to answer. I certainly like to think that that would be a good idea. But again it's a question we'll be asking in the very near future."

And as for surgical techniques for space — Morgan said that's up to students at USUHS to figure out.

"I don't know that we know exactly how we're going to deal with that yet. But we need people in that room to help us solve that problem because we are going back to the moon for a more permanent presence and then beyond to Mars and we are going to need to know how to solve those tough problems."

And, as Morgan has answered in the past, he explained to a young student from the Washington School for Girls that he may be an astronaut now — but he was a soldier first. 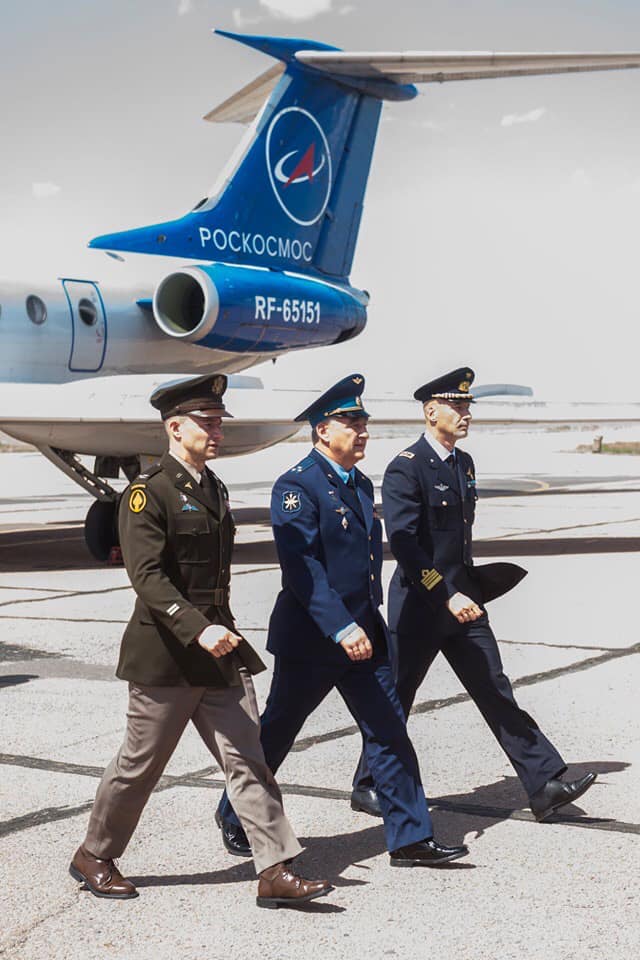 "I did not plan my career around becoming an astronaut. So I always say I was a soldier, then a physician, then an astronaut. I'm all three but I decided in that order."

And he made those decisions partly during his time at USUHS, an establishment he was proud to return to — even if only through a virtual uplink from space.

"It's such an honor to be with you. I've got tears in my eyes. Uniformed Services University is the center of excellence for military medicine and I am so proud to be a part of your team. I just can't say enough. I'm so proud to be an alumn of USUHS and so proud of you all of the decision you've made to not only serve your patients but to serve your country. Just so proud​."