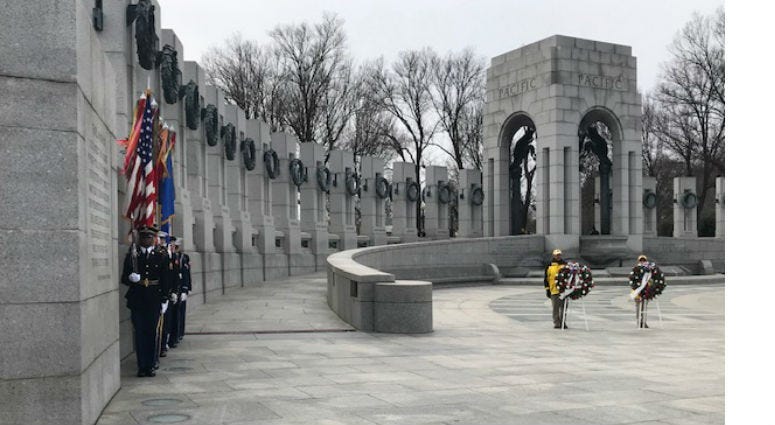 Could the sale of a commemorative coin help preserve the structural integrity of the National World War II Memorial in Washington, D.C., which is currently sporting a bracket at its Atlantic Arch?

The Friends of the National World War II Memorial and Congresswoman Marcy Kaptur (D-OH), who is known as the “mother of the memorial," thinks so.

“It’s been showing a little bit of wear and tear,” said Holly Rotondi, executive director of the Friends of the National World War II Memorial.  “There was initially a small crack that was seen quite a few years ago in the Atlantic Arch, but recently its almost the entire length of the Atlantic Arch.”

The crack led to the installation of the bracket. Another crack was also recently spotted in the Wisconsin pillar, Rotondi said.  That caused the National Park Service to bring in a firm that completed an engineering study in early December. A report detailing the study’s findings is expected to be released in April.

“I think they were concerned enough about the Atlantic, not that it was a safety issue, but to prevent anything further, they recommended the brackets,” Rotondi said.

“The National Park Service does a tremendous job in the everyday care and maintenance of the World War II Memorial, which is a very complex memorial to maintain because of the multiple pools throughout the area,” she said. “It is the larger issues developing, lighting replacement, cracks, mortar calcification that we are concerned will be significantly delayed in being addressed without this bill because of the massive challenges NPS faces in terms of lack of resources.”

That’s where the coin comes in.  Along with Rep. Peter King and 17 other legislators, Kaptur recently introduced the National World War II Memorial Commemorative Coin Act. Kaptur, who introduced the legislation to establish the memorial in the 1990s said the coin ensures that the memorial will be properly and appropriately maintained and that its commemorative and educational programming remains robust and substantial.

“The commemorative coin will serve as an important representation of the spirit, sacrifice and commitment of the brave Americans who fought to defend the nation and advance peace and freedom throughout the world,” she said.

“For many young visitors, their visit to the memorial is a first glimpse at a grateful nation’s remembrance of the sacrifices made by the brave men and women who fought against tyranny,"  Kaptur said. “For World War II veterans, the memorial is a special destination, a rendezvous point, and a gathering place for reflection, reunions, and commemorative programs.” 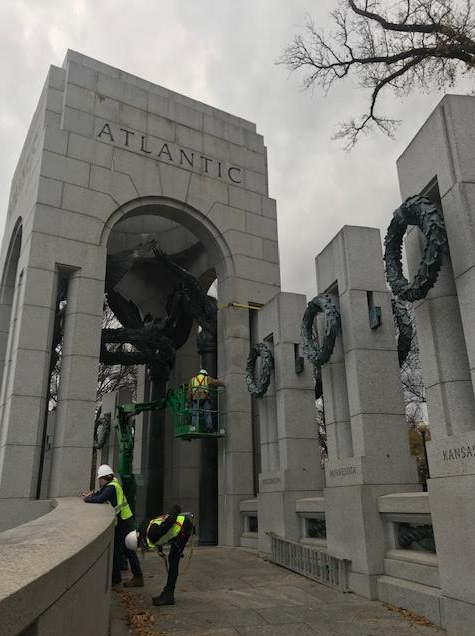 The bill calls for the coin to be minted in 2022. After the costs of minting the coin are recouped, proceeds would go to the Friends of the National World War II Memorial for its continuing care. The legislation currently has 60 co-sponsors but needs 290 to be considered by the House of Representatives.

The Friends of the World War II Memorial is meeting on a weekly basis with Congressional staffers to secure the co-sponsors needed, Rotondi said. If every single commemorative coin was sold, an estimated $9 million could be raised.

“We want the memorial to continue to be a representation of their service, of our nation’s freedom, of the world’s freedom,” Rotondi said. “It deserves to be cared for in the way they deserve, we all deserve and that they can be proud of.”

Joint Chief of Staff Gen. Mark A. Milley remembers his father who stormed the shores of Iwo Jima