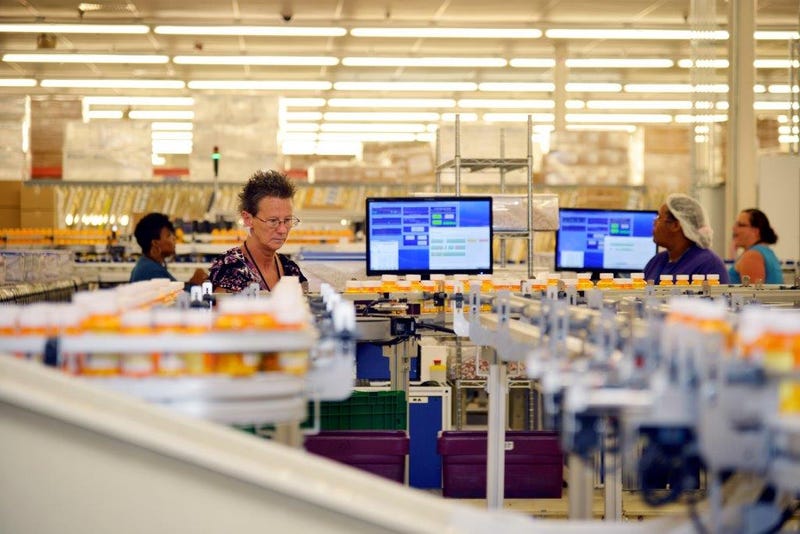 Connecting Vets first reported the delays, according to dozens of veterans, VA pharmacy staff and pharmaceutical company leaders, on Aug. 5. By Aug. 14, nearly 200 veterans and caregivers, along with dozens of VA employees, pharmaceutical leaders and USPS staff confirmed that Postal Service issues are delaying veterans' medications, sometimes by weeks.

VA's mail-order pharmacy system processes nearly half a million prescriptions daily and each working day, more than 330,000 veterans receive a package of prescriptions in the mail. Veterans who live further from VA medical facilities, especially in rural and remote areas of the country, often depend on mail-order prescriptions.

But recent policy changes at USPS issued by DeJoy have caused a slow-down of mail and package deliveries in some areas, leaving VA rushing to ensure veterans receive critical prescriptions on time.

“Veterans and the VA should be able to count on USPS for the timely delivery of essential prescription drugs,” the senators wrote in their letter. “No veteran should have to wonder when their antidepressant or blood pressure medication may arrive – and the effects can be devastating if doses are missed.

"USPS needs to immediately cease operational changes that are causing mail delays so that veterans do not needlessly suffer from illnesses exacerbated by delayed medication deliveries. Those who gave so much to serve this country should be able to count on the nation’s Postal Service to deliver their medications in a timely manner.”

"We are particularly alarmed that these (reported delays) come in the wake of the implementation of USPS’s new operational standards. The reports offer evidence that the requirements have rendered postal workers unable to deliver mail in a timely manner," House lawmakers wrote. "The culmination of these major changes, pursued in the heat of a brutal pandemic and economic crisis, is now impacting our veterans’ access to prescriptions. This is completely unacceptable.”

Cole Butterfield, an Army veteran and American Postal Workers Union leader in Oregon, said postal workers nationwide tried to warn USPS leaders of the dangers of delaying mail, including prescriptions for veterans, seniors and people with disabilities. He said his wife is a disabled veteran who relies on USPS for her medication.

"That has now come to pass," he said. "Parcel volumes are at or above Christmas volumes. However, even first-class letter mail is being delayed in many installations ... The delaying of mail is troubling and borderline criminal. In the past, workers have been disciplined or fired for delaying mail. The USPS provides a vital service to all Americans, especially to our veterans.

"I assure you that postal workers nationwide are outraged. We care about the mail and we care about our customers."

Veterans and staff who reached out to Connecting Vets provided documents showing medication shipping delays, internal memos and more. Most said they had not yet heard from VA about delays. Some said healthcare providers warned them during recent telehealth appointments to order refills earlier and that mail-order was their only option, as some VA facilities are still limiting visitors because of the coronavirus pandemic.

Veterans and their caregivers told Connecting Vets they've faced wait times that have doubled, tripled or worse. Some reported wait times as long as three weeks or more for prescriptions that previously took a few days. Others said medical equipment deliveries were also delayed. Many expressed concerns about going to VA in person to retrieve medications during the pandemic.

VA pharmacy staff said they had reports of veterans experiencing medication withdrawal or relapses as they waited for their prescriptions to arrive. Some veterans reported having to get emergency seven-day supplies of their medications while they waited.

"I have been experiencing medication delays with little to no assistance offered from the VA," a Florida veteran told Connecting Vets, adding that while VA advises veterans order refills before they run out, not all medications can be ordered early. She's gone without some of her critical medication for a week. "Currently, I am experiencing adverse side effects from not having my medication and I have only been offered reassurance that 'it's on the way.' This is unacceptable. Some veterans take life-saving medications. The VA needs a serious inquiry into how to prevent this issue from continuing."

Another veteran said going without his prescription for a week because of USPS delays landed him in the hospital.

"They've never been late," he said of his mail-order prescriptions. "They often show up early ... This time, I had to wait and I thought I could make it through until they arrived but I was wrong."

A VA pharmacy chief, who spoke on condition of anonymity because they said they feared retaliation from the department, said some prescriptions authorized by their VA from July 29 still have not arrived, along with a large batch from Aug. 3.

"A neurology case manager called today about a vet picking up anti-seizure medication in the morning because he took his last dose today," the pharmacy chief said. "(The case manager( said her own meds -- she's a veteran -- took 11 days. It's not solved. We field many questions and problems daily ... We adjusted pull ahead times to the maximum setting allowed, which might help a little."

VA's online My HealtheVet tool allows veterans to track their mail-order prescriptions. For some veterans who spoke to Connecting Vets, their medications have been sitting at post office locations for weeks with no movement.

Last week, VA told Congress it plans to mitigate the medication delays by sending prescriptions earlier, according to sources with knowledge of those conversations. VA is developing a communications plan to inform veterans of the possibility of delays and that the department plans to send prescriptions out for delivery earlier than expected.

VA told Congress that USPS delays may be worse in some areas, including New York, New Jersey, Arizona and Michigan. In those areas, VA is converting its deliveries from USPS to UPS 2nd Day Air or FedEx temporarily.

The VA pharmacy chief said "it doesn't do the vet any good to have the tracking apps like they suggest when it just doesn't move."

At the local level, VA facilities in states including Louisiana and Texas acknowledged the delays in emails to veterans this week, but blamed them on "increased package volume, election mail, hurricane season and the pandemic," and did not mention the recent policy changes at USPS.