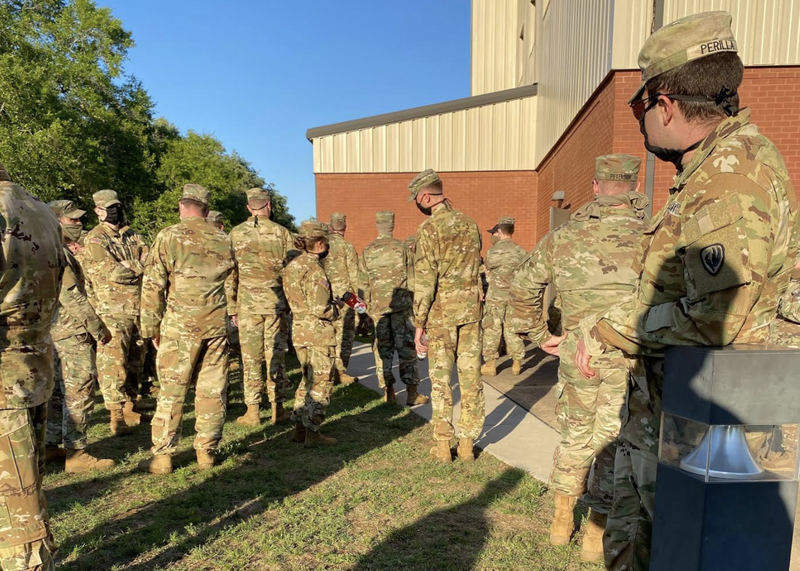 Fort Rucker in Alabama may have unintentionally hosted the largest gathering of human beings in America during the coronavirus pandemic, while the rest of the country attempts to follow social distancing guidelines.

On April 21, the entirety of Army flight school consisting of about 1,300 soldiers was ordered to Fortenberry Physical Fitness Center to take a urinalysis drug test. A soldier speaking to Connecting Vets on the condition of anonymity said the drug test was ordered because of an unverified but commonly accepted rumor that a warrant officer had posted pictures of himself smoking marijuana on social media.

The drug test and gathering of flight school students lasted late into the night, from 4 p.m. to about 2 a.m. As the flight students became bored, social distancing guidelines were increasingly ignored as they began to socialize, order pizzas and spent time with one another after being quarantined on post for several weeks. Pictures of the event were posted online by U.S. Army W.T.F. Moments.

"At this point, it seemed that all fucks about social distancing were gone. They were already there sharing the same space so they might as well share some pizza. A few of the wittier soldiers brought in couches, hammocks, seats and other Gucci field gear typical from aviators," the source said. Pictures posted on social media show soldiers sleeping on the street beside the curb, bringing out couches to sit on and sharing pizza.

A spokesperson for Fort Rucker told Connecting Vets that the urinalysis was a regularly scheduled event, adding that, "the soldiers were required to wear masks and maintain six-foot social distancing procedures during this event as unit cadre were present assist with that."

A source present at the event described the situation, saying that the unit's command sergeant major. and several officers, "attempted to enforce 'social distancing' but it fell on deaf ears. The mass urinalysis lacked planning, and to those being tested, it seemed illogical to expect 1,300 people to perform social distancing outside of a gym. By 2000 (8 p.m.) the warrant officers began doing what warrant officers do in illogical situations, disobey them."

The source added, "This rodeo went into wee (pun intended) hours of the morning, ending around 0200-0300 this morning. And that is how Fort Rucker had the largest gathering in the U.S."