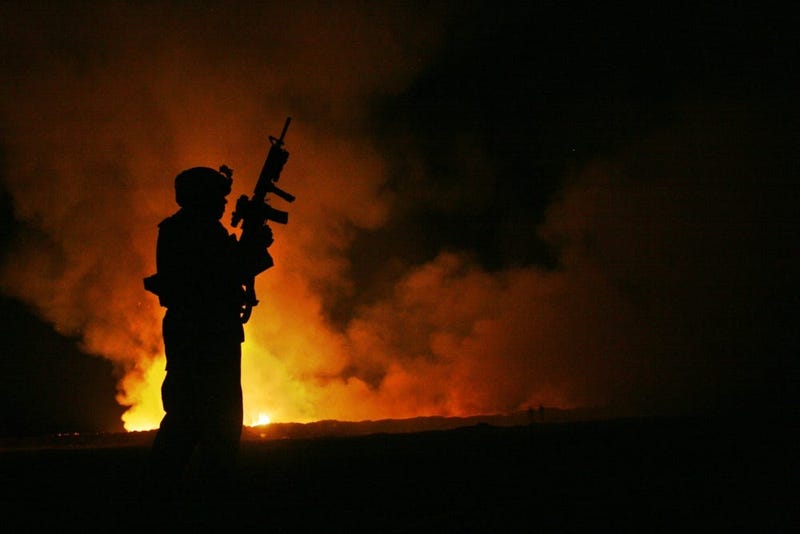 The House on Tuesday unanimously voted to expand and improve data related to burn pits exposure, in a rare showing of bipartisan cooperation.

“As a doctor, I know that good data is essential to addressing any public health issue,” Ruiz said in a statement.

“My bill will spur medical research to help physicians diagnose illnesses and potentially save the lives of veterans exposed to burn pits.”

He added the bill was in honor of a veteran from his district, Jennifer Kepner, who died at the age of 39 from cancer her doctors believed to be connected to exposure to toxic burn pits while deployed.

Kepner, who served in Iraq in 2006 with the Air Force, was exposed to fumes from burning human waste, Styrofoam, and other carcinogens. She died on October 18, 2017, after a year-long struggle with pancreatic cancer.

“As an Iraq War veteran, I am familiar with the use of burn pits in theater and understand the potential harm burn pits can inflict on service members, even years after exposure,” added Rep. Brad Wenstrup (R-Ohio), who is a Colonel in the Army Reserve.

“The Burn Pit Registry Enhancement Act would ensure the VA has more accurate records for veterans exposed to burn pits, so we can better serve those with service-related illnesses.”

The bill is the first burn pits legislation in 2019 to clear the House, and Senators have already introduced a companion bill.

Additionally, the bill would permit immediate family members to report the cause of death of a veteran or service member on the VA’s burn pit registry, to which 170,000 people have attached their names between April 2014 and March 2019.

RELATED: IAVA says burn pit exposure could be "the Agent Orange of our era"

Then there’s the Burn Pits Accountability Act, a separate bill, which would require the Defense Department to examine service members for toxic exposure during routine medical check-ups and requires more research.  After stalling last year, the bill has been re-introduced in Congress.