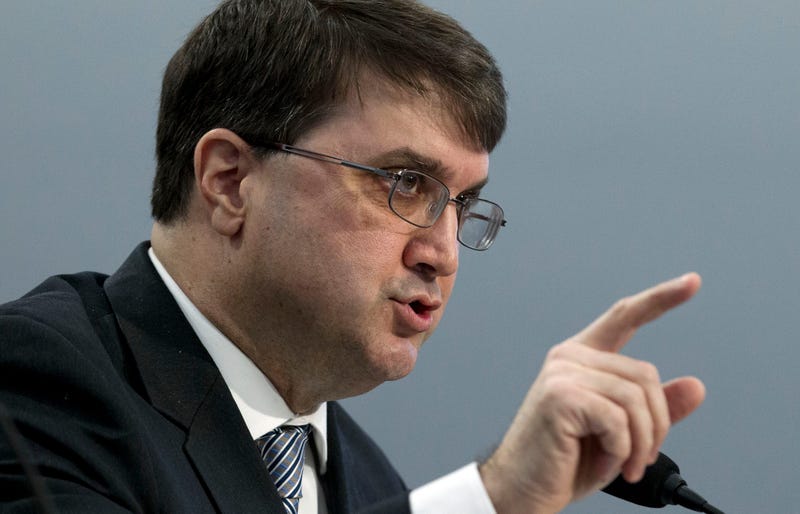 The Department of Veterans Affairs Inspector General will examine whether the head of the VA sought damaging information about a veteran and senior Congressional advisor who said she was sexually assaulted at a VA hospital.

Inspector General Michael Missal wrote a letter to members of Congress this week, saying his office would conduct a “review” of allegations that Secretary Robert Wilkie attempted to discredit Andrea Goldstein, a Navy Reserve intelligence officer and policy advisor on the Congressional Women Veterans Task Force.

Missal called the issue “a high priority for our office” in the letter first reported by The Washington Post. Missal assured lawmakers he would provide a full report of his office’s findings at the conclusion of the review.

OIG spokesman Fred Baker told Connecting Vets Thursday, the Inspector General is planning a “review,” not a criminal investigation of the secretary, which he said were distinct and separate duties of the OIG.

"I never would do that to a fellow officer -- it is a breach of honor," Wilkie said previously in a statement to Connecting Vets.

On Thursday, Wilkie testified before Congress about the VA’s $243 billion budget request. At that hearing, House Veterans Affairs Chairman Rep. Mark Takano, D-Calif., said he planned to hold another hearing to discuss sexual assault at VA facilities. Wilkie committed to testifying at that hearing.

Following his testimony, Wilkie told reporters that he hoped the hearing would provide an opportunity to clear the air about Goldstein’s case and allegations against him.

In September, Goldstein said that a man sexually assaulted and harassed her at the Washington, D.C. VA Medical Center. She said multiple people witnessed the alleged assault, and that she tried to report it to several VA staffers, but they were slow to react or unresponsive until police were involved.

At the time, Wilkie promised a full investigation from the Office of the Inspector General.

But that investigation concluded earlier this year with no criminal charges filed. Multiple sources with knowledge of the case told Connecting Vets this was due, at least in part, to a lack of functioning security cameras at the hospital in the area the assault took place.

VA spokeswoman Christina Mandreucci told Connecting Vets there was one malfunctioning camera "at the time of the incident" and "all cameras in the DC VA are fully functional and have been since September 2019."

Wilkie announced that the case was closed without charges in a letter to Congress last month, where he also called Goldstein’s report “unsubstantiated claims,” setting off a firestorm of criticism from lawmakers and advocates.

Wilkie told reporters Thursday he regretted his use of the phrase and didn't intend to suggest that she was lying about her assault.

Earlier this month, an anonymous complaint was filed with the House Veterans Affairs Committee alleging Wilkie sought damaging information about Goldstein in an attempt to discredit her and spoke about it multiple times to VA staff and to at least one member of Congress.

Following the complaint, Takano’s office wrote to the Inspector General, asking him to investigate "deeply troubling" allegations that "Wilkie and other VA officials used government time and resources to undermine the credibility of Ms. Andrea Goldstein after I requested an investigation of her sexual assault allegations" at the D.C. VA, according to the letter obtained by Connecting Vets. "I am gravely concerned that Secretary Wilkie and VA officials may have unlawfully accessed or attempted to access Ms. Goldstein's military service records, medical records, or took other actions to obtain sensitive or personal information about Ms. Goldstein with intent to discredit her character and retaliate against her."

"I have to know, she has to know, if our facilities are safe," Wilkie said. "We're going to make a renewed push to get answers ... to help us help ourselves and help women veterans to make sure that they feel safe and welcomed."