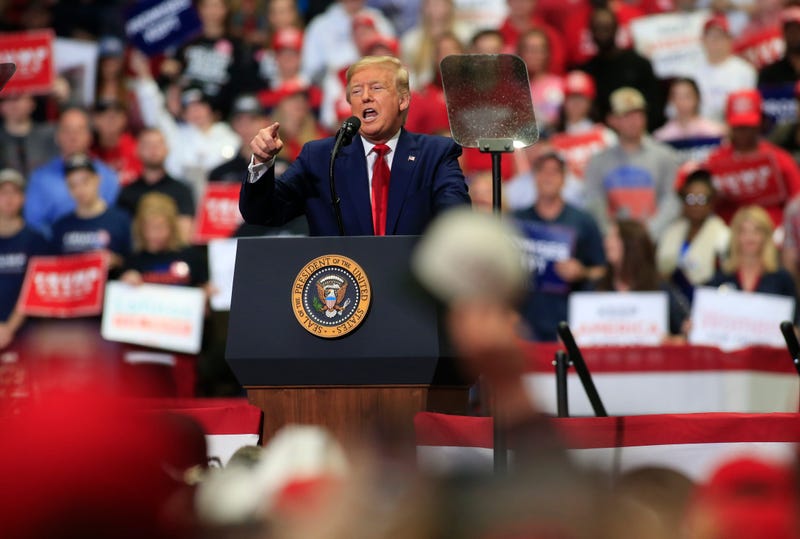 An estimated 250 Oklahoma National Guard troops will be activated to provide security at President Donald Trump's campaign rally in Tulsa, Oklahoma on Saturday.

The rally is scheduled the same day as several Juneteenth events and anti-Trump protests -- an Oklahoma National Guard spokesperson said these morning events will impact how the Guard troops approach providing security at Trump's rally.

While Guard spokesman Lt. Col. Geoff Legler initially said the troops will be unarmed but carry shields, batons. and pepper spray, this could change should Saturday morning's events prove problematic from a security standpoint.

Donald Trump and the National Guard were recently criticized for what was characterized as an "aggressive" military response to the protests in the nation's capital over the killing of George Floyd.

DC officials push back on aggressive response to protests

The more than 5,000 Guard troops activated in D.C. over the course of the peak of protests were not carrying weapons or ammunition. In  Louisville, Kentucky -- where Guard troops were carrying loaded weapons -- one individual was killed by a Guard troop after firing on law enforcement.

Despite coronavirus concerns, Saturday's rally is expected to draw crowds in excess of 100,000.