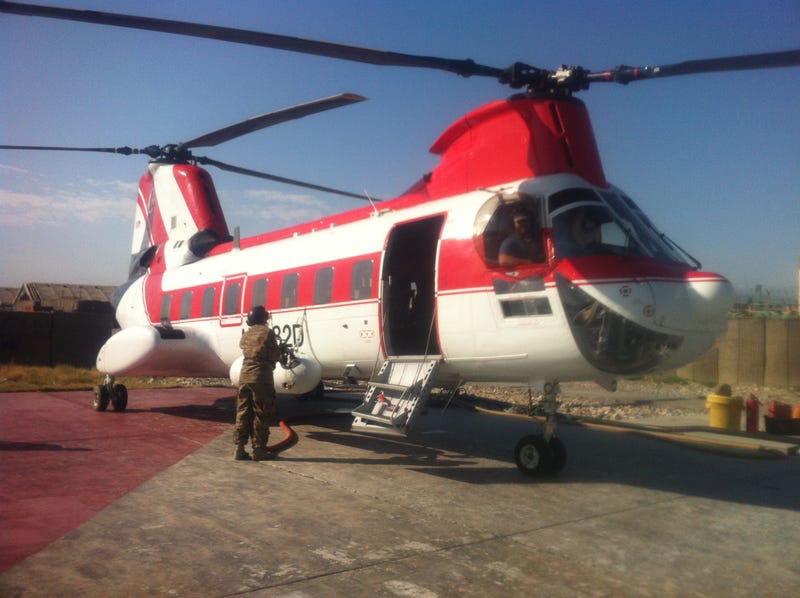 They flew red and white colored helicopters all over Afghanistan, doing long haul logistical runs and delivering resupplies to remote forward operating bases as well as shuttling around troops and nondescript personnel in civilian clothes. These were not Army Chinook or Black Hawk pilots though, rather they were contractors detailed to the Air Force.

Aaron Clark was a pilot for those flights in Afghanistan, flying for a company called Columbia Helicopters. Ironically, Clark was deemed ineligible for military service when he tried to sign up because of poor eyesight. However, with his vision corrected he was able to obtain a civilian helicopter pilot license and began to fly in the United States before he became a flight instructor and flew EMS in Saudi Arabia for a time. When the contract to support the U.S. military came up, Clark jumped at the opportunity.

In Afghanistan, Clark flew a twin-rotor BV 107 (Boeing-Vertol), the civilian version of the CH46 helicopter. He was primarily tasked with helping resupply forward operating bases, and these helicopters brought to the table a capability that military aviators didn't specialize in: towing equipment with a long line. 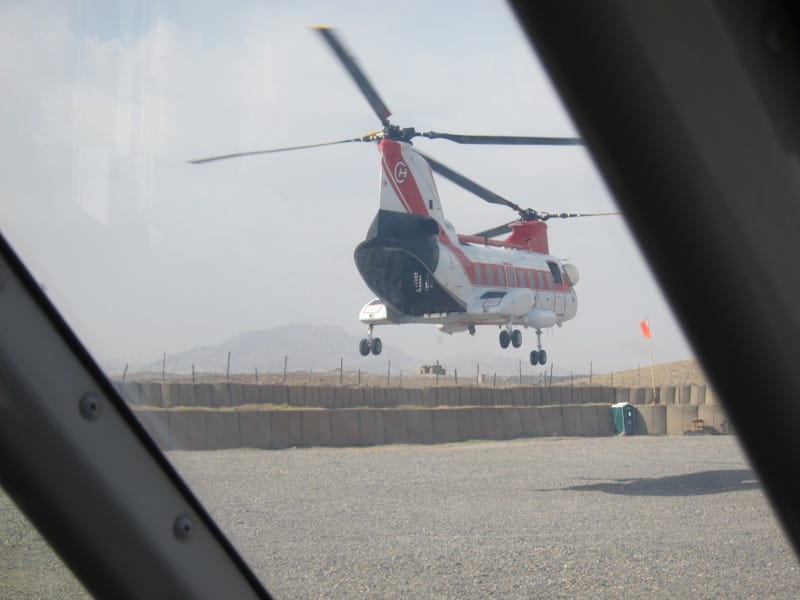 An Army CH-47 Chinook may sling load equipment with a shorter fifty-foot line, but Clark said Columbia helicopters, "have 150 to usually 250-foot line underneath them sometimes 300 that's got a hook at the end. This is for allows me [to] make a placement with precision." This was why red and white helicopters have special bubble windows to allow the pilots to precisely place the resupply on the ground.

"They specialize in logging and firefighting and are very, very good at it," Clark said. "So military pilots in the US don't train long line they might have a 50-foot line to pick up a howitzer or Humvee. But the pilot can't see what's going on. It doesn't have a bubble window, the crew chief might be looking through the center hole and kind of directing him."

While in Afghanistan, he and his teammates flew for 14 hours a day, running logistics all over the country, except for Helmand Province, which Clark said was deemed to be too dangerous for overflights in 2013. But that doesn't mean these pilots were inexperienced. 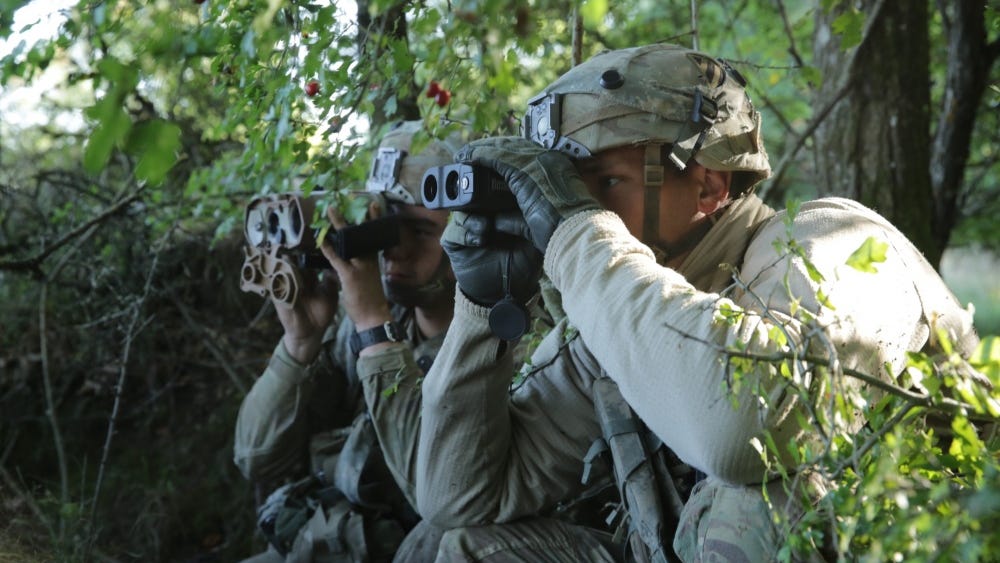 How Green Berets ran counter-narcotics ops on the Mexican border

"One of the guys I flew with a guy named Tim, he had, I don't know, 30,000 [flight] hours, he was shot down five times in Vietnam. So you had some older guys who had tons of military experience, [but] most of the guys were all civilian."

Ammunition and supplies were carried in a big cargo net under the helicopter, and kicker boxes full of supplies could be loaded inside. The company also had an actual Chinook that did the real heavy lifting, as it had an even greater lift capacity than Army helicopters since it was stripped down inside for its normal work within the logging industry.

They would also ferry troops around the battle space including Green Berets and Afghan commandos, Polish Special Operations Forces, and the New Zealand Special Air Service (SAS). Other times, they would have guys in plain clothes wearing plate carriers and carrying rifles board the aircraft. Clark said they never kept any manifests and never knew who the passengers were unless they gave them a unit patch as a thank you.

Another way the passengers said thanks was when Special Forces teams would invite Clark out to their range to throw some hand grenades and fire the minigun. 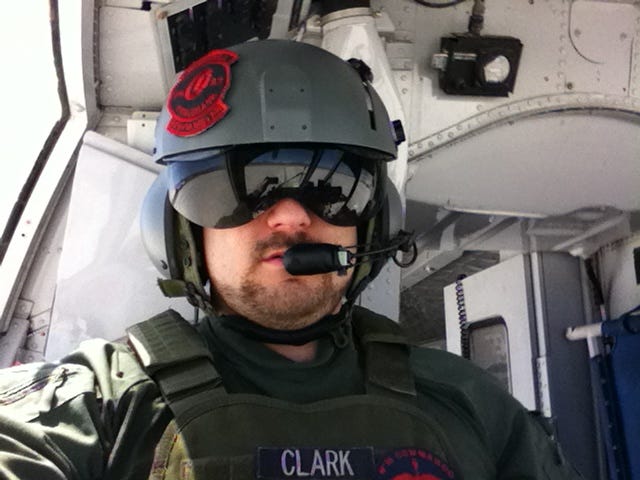 Columbia Helicopters flew only transportation and logistics missions, they did not have a combat role but that doesn't mean they were not in the line of fire. While Clark's helicopter never came under fire, he had a number of colleagues who did, including one bird that was nearly shot down not far from where Extortion 17 crashed.

Locals became accustomed to seeing the red and white helicopters and, "supposedly because they knew we were flying all these SF and special guys around all the time that we were some kind of like either bait or very heavily armed which we weren't. When I was there for most of it we had nothing and no guns at all," Clark said. The only way the aircraft was armed was if they happened to be carrying troops who had their issued rifles and pistols.

Clark loved working for Columbia Helicopters and found them to be a great company, but over time he became disillusioned with the war in Afghanistan and also wanted to spend time closer to home so he transitioned into a new career field. 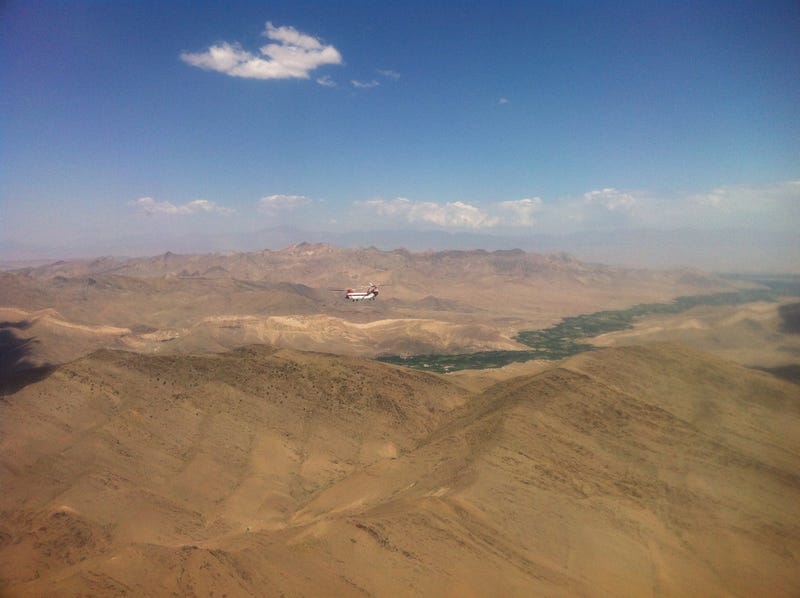 The pilots and crew never really had a plan or any training on what to do if they did have to make an emergency or crash landing outside the wire, so some of the Green Berets offered them some training. While out of the flight line, one of the Special Forces soldier's cell phone begins to ring.

"He answered the phone and he just started talking to a guy and all of a sudden he starts cursing and yelling at him. Then he hangs up and he's like, 'we'll get you tomorrow and fucking kill you tomorrow.' And we find out it is this local Taliban commander who's got his phone number," Clark said. 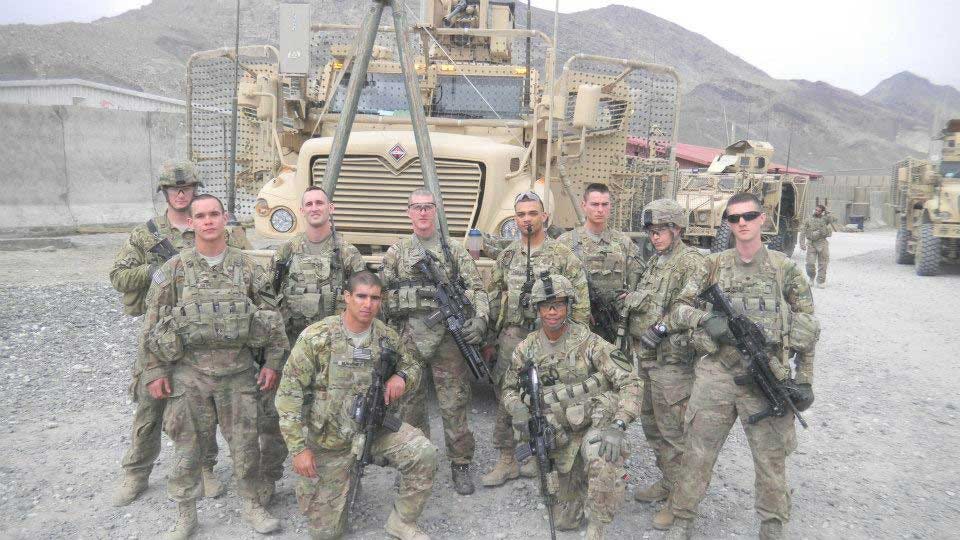 'Why Are You Leaving Now?'— Afghan policeman, a combat veteran, and a shared loss of naivety

"And they've been talking to each other and they missed him on a raid," Clark recalled. "And I'm thinking, you know, what the fuck kind of war is this?"

As the United States military is set to leave Afghanistan by September, after twenty years of sustained combat operations, it remains to be seen to what extent American contractors will backfill their presence to help ensure security in the country which is already losing ground to the Taliban. 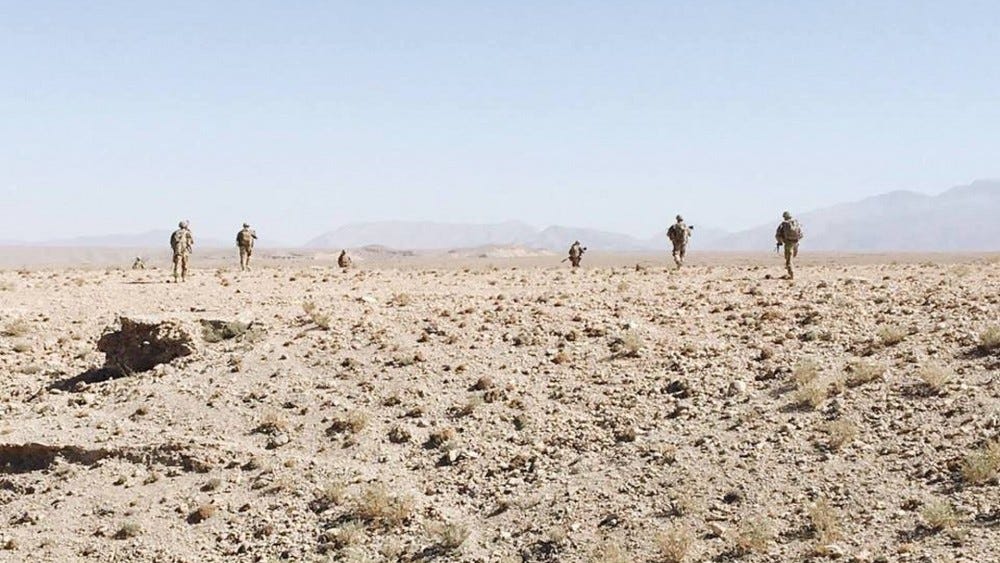 US government contractor guilty of stealing from military base in Afghanistan