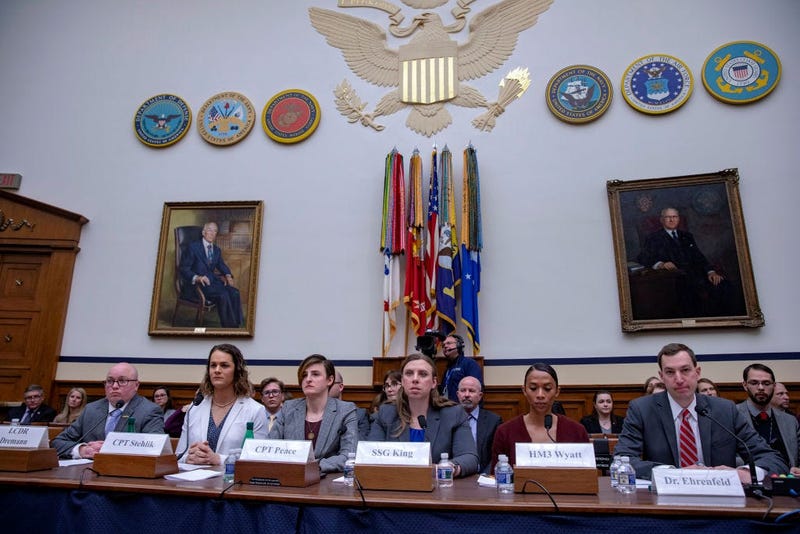 In the military, there’s a saying that you “lead from the front” and for Patricia King, that way of living is still true, even after she’s taken off the uniform.

Coming out in 2015, King was the first openly transgender soldier in the U.S. Military. Since then, she has become a driving force for gender equality in the ranks.

According to the National Center for Transgender Equality, there are about 15,000 trans people serving in the military. LBGTQ advocates like King believe having a truly diverse force means allowing service members to serve authentically.

“The military is not a social experiment [but] whether it happens to be a specialist or a two-star general …we are leaders and as leaders, we have an obligation to lead in social justice.”

After three deployments to Afghanistan and 20 years of service, King retired from the Army. As a veteran, her idea of “social justice” has taken shape outside the service in the form of the Modern Military Association of America (MMAA).

Shortly after President Trump announced a new transgender service member policy, OutServe-SLDN and the American Military Partner Association joined forces to create MMAA. Together, the group has become the nation’s largest LGBTQ military organization. As the group’s federal advocacy manager, King educates politicians on the Hill about the obstacles that service members encounter for equal opportunities.

Most recently, MMAA filed a lawsuit on behalf of two HIV-positive members of the U.S. Air Force who were given discharge orders even though Air Force policy doesn't mandate an HIV diagnosis as grounds for medical separation. The group has also been a staunch advocate for LGBTQ service members still serving under what many call a "transgender ban."

In July of 2017,  President Trump announced that transgender service members will no longer be able to serve in the military "in any capacity," citing trans people as a "cost" and "disruption" to the Armed Forces.

MMAA also a network of legal services, scholarships and even scholarships for military spouses. While much of the work King does is alongside others within the LGBTQ community, she stresses anyone can be an ally and has advice on where to start if someone wants to get involved.

“If you are a gentleman and you’re looking for an opportunity, maybe to reach out to Service Women’s Action Network or reach out to an organization dedicated to people of color,” said King. “What’s important is that we have the opportunity to reach into segments that don’t look like us to work together both within those organizations and with the outside community.”

Working with other grassroots organizations is just one way King found community after retiring from the service. Like many veterans, she struggled at first to find a new set of friends and interests.

“I always joke about the person who is still telling basic training stories. Don’t get me wrong, that gas chamber was brutal, but if we're living in the past we don’t have the opportunity to look toward the future,” said King.

Whether its Zumba classes or speaking up about the plight of transgender service members, she harps that she’ll never stop working to serve those who wear the uniform.

“I look forward to advocating for our veterans, whether it be veterans medical care, whether it be social programs that help veterans get employed stay employed, stay away from homelessness or stay away from poverty,” she said. “I’m also looking forward to a day where we have again full gender integration in the military, that’s women combat arms and transgender men and women allowed to serve alongside their peers openly.”