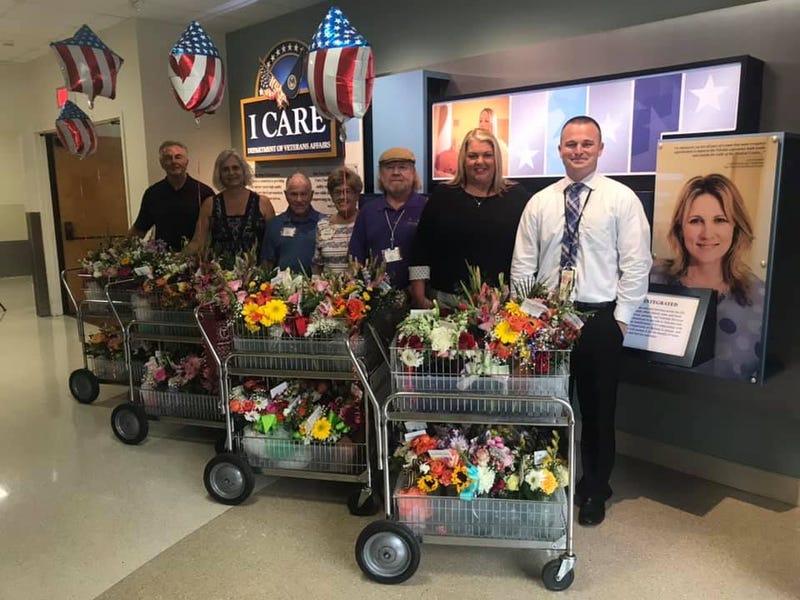 We’ve all heard of recycling plastic, glass and paper.

But what about recycling flowers for veterans?

That’s exactly what Random Acts of Flowers does.

The non-profit recycles and repurposes day-old flowers and delivers them to patients at the Bay Pines Veterans Hospital and other hospitals, hospices and nursing facilities throughout the greater Tampa Bay, Fla. area.

The volunteers who deliver the flowers to the VA medical center are all veterans themselves, said Janette Donoghue, executive director of Random Acts of Flowers Tampa Bay.

“It’s near and dear to their hearts,” she said. “That’s something they want to do, it’s a veteran giving to a veteran.” 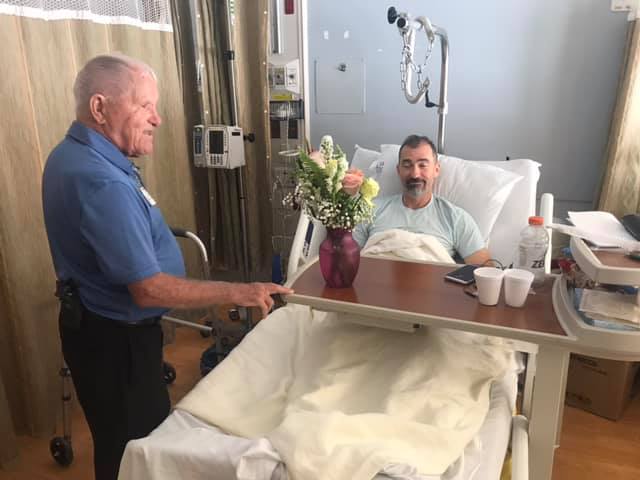 On Mondays and Wednesdays, volunteers pick up the donated flowers and on Tuesdays and Thursdays, new bouquets are constructed, giving new life to the blooms.

Random Acts of Flowers began because of a near-fatal accident suffered by its founder, Larsen Jay, who fell off a ladder two stories tall and broke every bone in his body in 2007.

“He got overwhelming support,” said Donoghue. “His whole hospital room was full of flowers.”

When Jay began his rehabilitation, he noticed many patients had no visitors, so he loaded up his wheelchair with flowers and began delivering them.  From that beginning, Random Acts of Kindness has bloomed. It also has locations in Knoxville, Tenn., Indianapolis, Ind., and Chicago, Ill. 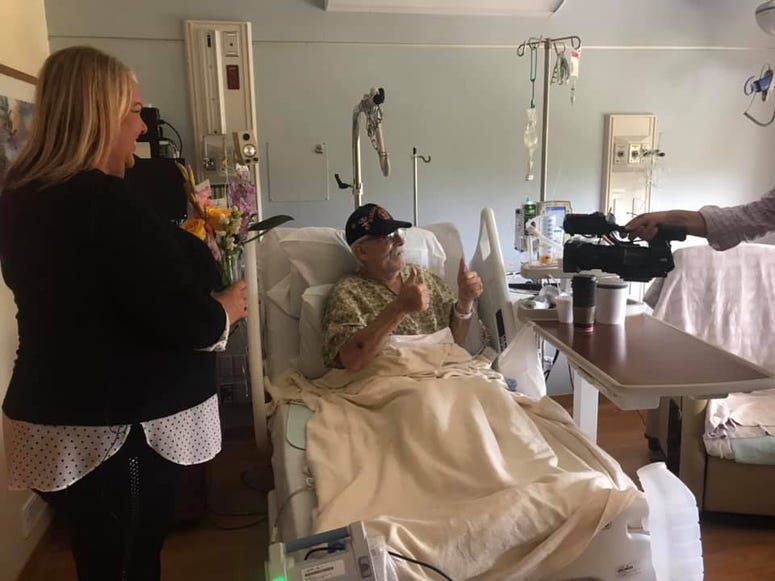 “The goal is in the next five years to have four or five more locations and keep growing,” Donoghue said.

Donoghue said Random Acts of Flowers has distributed than 85,000 bouquets in the past few years in the Tampa Bay area.

The Tampa Bay branch is currently trying to find a corporate partner to sponsor the weekly deliveries it makes to the VA facility there.

“We are completely, 100 percent funded by the community,” said Donoghue. “It’s a sweet mission, it’s a rewarding mission.”

Florida womens veterans nonproft fears for the roof over their heads