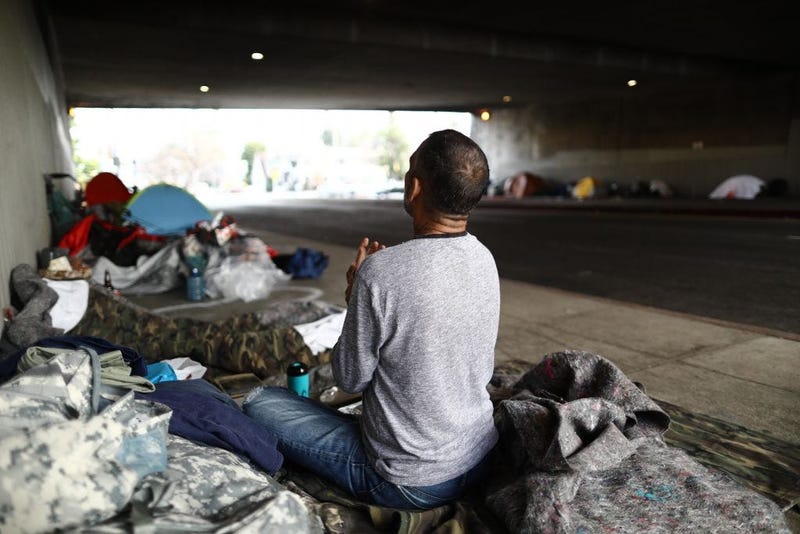 Now, VA is asking for donations from the public to help homeless veterans.

For four weeks after Wilkie passed on help from lawmakers on Capitol Hill, VA did not communicate with the public, veterans, veteran service organizations or Congress about its coronavirus plan, but continued to assure leaders and the public that it was prepared as the first veterans began testing positive.

The first veteran died of the virus on March 14. Around that time, VA planned to ask Congress for more money after revealing as many as 20 percent of its patients could need additional care because of the virus.

In the third week of March, Congress gave VA $60 million in emergency funds to help respond to the pandemic, a tiny sliver compared to the nearly $20 billion the department received about a week later.

All along, veteran advocates warned VA and lawmakers that the number of homeless veterans was likely to increase significantly because of the pandemic, as homeless shelters shuttered across the country and resources were more and more limited.

But those billions were not enough to meet homeless veterans' needs and VA, an agency with one of the largest budgets in the federal government, is calling on the public for help. As recently as last week, Wilkie said: "VA's team has managed its resources wisely during this crisis."

About $300 million of that $20 billion was allocated for homeless veterans' needs, though advocates said they need closer to $1.3 billion

VA issued a plea to the public to write checks and donate food, cell phones and more for homeless vets, or those at risk of being homeless because of the pandemic.

Tens of thousands of veterans are homeless on any given night in America, and more than 1.4 million were at risk of becoming homeless before the pandemic struck. Now, advocates say there could be a spike in the number of homeless veterans, a population at elevated risk for the virus.

"Individuals and organizations are asked to donate essential items such as non-perishables to combat food insecurity and new mobile phones to enable veterans to access VA telehealth services," VA said in a news release this week, adding that "monetary donations will also be accepted to help veterans pay for security deposits for living arrangements to prevent homelessness."

The department is "working tirelessly to address the urgent needs of veterans who are homeless or at risk of homelessness, and with the help of the community — even more can be done, ” Wilkie said in a statement. “These donations can make a critical difference in the department’s ability to protect and serve vulnerable Veterans during this public health emergency."

VA's call for donations came just one day before Wilkie was expected to testify in Congress to defend his department's response to the coronavirus so far, and plans for reopening hospitals and clinics. That House Appropriations hearing was postponed and as of Tuesday morning had not been rescheduled.

During a virtual panel held by the House Veterans Affairs Committee late last month, Kathryn Monet, CEO of the National Coalition of Homeless Veterans, said at least another $1.3 billion was needed in addition to the nearly $20 billion Congress approved for VA so far to address veteran homelessness.

Of that nearly $20 billion, VA allocated about $300 million in emergency funds to help house homeless veterans in hotels and pay for testing for those who fall ill.

"The $300 million, while appreciated, is insufficient to fully meet anticipated needs," Monet said.

Avoiding a major spike in veteran homelessness "will require significant investment in programs to serve homeless veterans," she said during the panel.

Monet told Connecting Vets VA has a history of working with voluntary service groups to meet the needs of veterans who are homeless or housing insecure and said "this appears to be an expansion" of that to meet current needs.

VA Press Secretary Christina Noel told Connecting Vets this week that VA "historically has not been able to purchase and provide homeless veterans" food, cell phones and other supplies using money provided by Congress. But the department can provide them if the public donates them.

"VA lacks the authority to provide food, phones, etc., however; if available, their case managers can distribute these items," Monet said. "So, this is an example of VA attempting to go above and beyond in service to veterans, within the confines of its existing authorities. The story here is that veterans are hungry and sometimes struggle to access virtual case management during the pandemic."

So while Congress provided additional funds for VA through the Cares Act, Monet said there are some flexibilities that VA needs "for a truly comprehensive response."

Monet said NCHV is worked with VA and Congress to include those in the Heroes Act recently passed by the House, including allowing "VA to provide additional items like phones, food, transportation, etc to homeless veterans during the pandemic."

Some organizations have struggled to provide needs like phones to veterans during the pandemic, and this could help, she said. Phones are more important than ever as VA postponed in-person services in many areas and switched to telehealth or remote appointments for other resources.

The Heroes Act did not include additional funding for VA, but it does allow VA to use the emergency money it was given in the Cares Act to fulfill these needs, Monet said.

"While imperfect in my eyes, the bill appears to be stalled in the Senate meaning there is not yet the chance for this new authority to be provided and implemented, and there is no additional funding for it should it be enacted," Monet said. "Inaction has a real impact on every day Americans and this is one example of how agencies are getting creative to mitigate that for veterans."

As of Tuesday, VA had 1,066 coronavirus-related deaths and nearly 12,500 cases of the virus, including veterans, VA employees and others treated by VA under its fourth mission.

To help VA and homeless veterans: