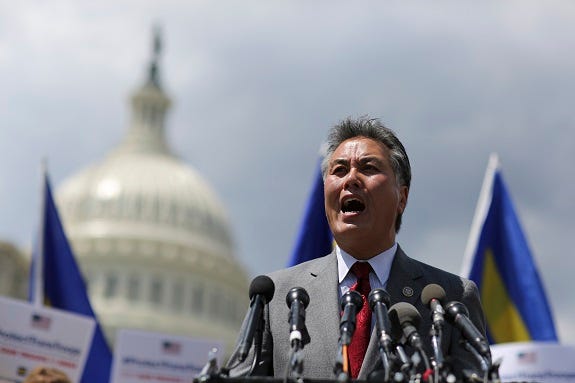 The Department of Veterans affairs could owe thousands of veterans billions after a federal court ruling found the agency unlawfully denied them payment for emergency care at non-VA facilities.

Now, Democrat leaders of the House and Senate Veterans Affairs committees are pushing VA to make the payments.

In its decision released last week, the U.S. Court of Appeals for Veterans Claims all but said the VA had lied to veterans: "Even after (our previous decision), VA was affirmatively informing veterans that they were not entitled to reimbursement for non-VA emergency medical care if they had any insurance covering the service at issue. In other words, the agency was telling veterans that the law was exactly opposite to what a federal court had held the law to be."

This is the second time since 2016 that the court has struck down a VA regulation, requiring VA to be a "second payer" to prevent emergency medical expenses being charged to veterans when non-VA health insurance does not cover the full cost of emergency care.

Last month, the VA Office of the Inspector General released a report that found VA inappropriately rejected or denied emergency care claims for more than 60,000 veterans over six months in 2017, and that VA should have paid more than 17,000 of those claims.

"In light of this week’s federal court ruling, the number of veterans who have incurred unnecessary financial burden could be in the hundreds of thousands, and based on past VA estimates, the Department will be required to pay between $1.8 billion and $6.5 billion in reimbursements for claims filed between 2016 and 2025," Tester and Takano's release said.

"We are finally getting justice for those who were saddled with unfair financial burden after receiving emergency healthcare,” Tester and Takano said in a statement. "We demand answers from VA as soon as possible to explain how many veterans are affected, how VA intends to comply with the court’s order, and what additional resources — if any — Congress will need to provide for the department to carry this out. VA must drop its fight and implement the Emergency Care Fairness Act of 2010 as Congress has always intended."