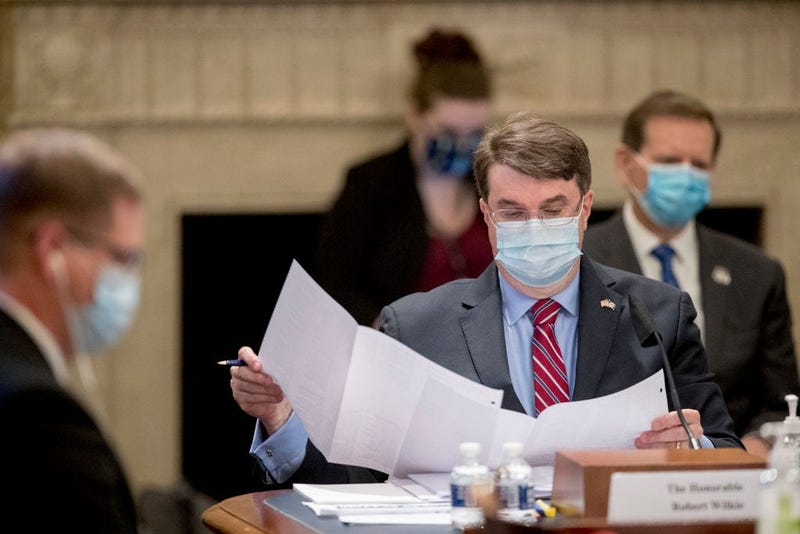 Department of Veterans Affairs Secretary Robert Wilkie says his agency, tasked with serving as a last line of defense for American healthcare during emergencies, is preparing for another possible surge of the coronavirus this fall.

"We are preparing in the event this boomerangs on the country in the fall and in the winter,” Wilkie said in a recent interview with Government Executive. "We are preparing for the eventuality of flu and COVID coming together.”

It's not the first time Wilkie has said the department was working to prepare for the fall and winter, anticipating more veteran patients in need of care but also non-veterans, through VA's Fourth Mission. Wilkie and Veterans Health Administration chief Dr. Richard Stone told members of Congress in recent months they were working under the assumption there may be a resurgence of the virus, coupled with the flu, and stocking up on supplies accordingly.

Earlier in the pandemic, VA staff and patients reported shortages of personal protective equipment at VA, though department leaders largely denied those accounts, before eventually acknowledging some issues with supply chains.

“What we’ve been able to do is stockpile for what may come, and I think we’re in an excellent place,” Wilkie said in the recent interview. “We have months of supplies on hand.”

Wilkie flat-out denied there had been any lack of supplies for any VA facility, contrary to what frontline VA staff told Connecting Vets for weeks, who described shortages of masks, gowns and gloves, expired supplies, and being told to wear protective equipment until it fell apart.

“Not one person who was on the front lines, in a COVID ward, or an emergency ward, or any of our hospital wards, ever had a shortage of equipment,” he said. “In fact, not one of our hospitals ever got below two weeks of supply."

VA's Fourth Mission is to serve as a backup for the American healthcare system in times of crisis, such as natural disasters and pandemics, so the department has been at the center of the federal government response, deploying resources and staff to at least 46 states.

Capitol Hill lawmakers were critical of VA for not spending more of the nearly $20 billion in emergency coronavirus funding they provided the department when by June only about $2 billion had been allocated. But Wilkie said the money will serve as "our hedge against what could possibly come," saying he was "cognizant this can boomerang back on us during the winter."

At the time, Stone said he was comfortable with VA's preparations, "but make no mistake, if we hit a really big second peak like was seen in late 1918, we'll be in the need to really grow even further ... Early on in this we bought a very large number of ventilators ... I think I've got about 2,500 extra ventilators that have come in now and will be distributed across the country."

The flu epidemic of 1918 is the closest medical experts can come to evaluating how the COVID-19 pandemic might play out based on past experiences in the United States, Stone said, adding that 1918 saw a much deadlier second wave in the fall and winter.

"We'll be prayerful that there's not a second wave, but I don't think we can predict it," Stone said.

In his recent interview, Wilkie touted the hiring of more than 30,000 new VA staff, as well as how the department has slashed the time it takes to onboard new employees.

“We’ve cut that down to seven to 10 days, and we’re seeing thousands of Americans flock to us," he said.

As of Monday afternoon, VA reported 46,565 total COVID-19 cases, including 4,078 active cases, which appeared to be trending down.

At least 2,446 VA patients had died because of the virus, along with 46 VA employees. The more than 5% mortality rate among patients in VA care was higher than the about 3% rate among Americans overall, according to the most recently available data from the Centers for Disease Control and Prevention. Deaths among VA patients increased by nearly 14% (336 patient deaths) so far in August and were up more than 50% from June 1.

VA had administered 494,766 COVID-19 tests nationwide as of Aug. 5, the last time the figure was updated on the department's website.