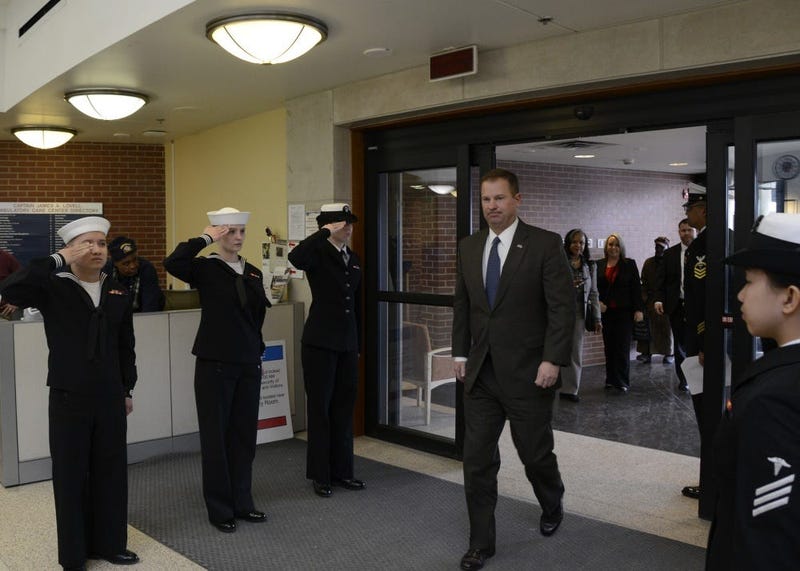 Department of Veterans Affairs Secretary Robert Wilkie fired his No.2 Monday after just five months on the job but offered little explanation.

"Today, I dismissed VA Deputy Secretary James Byrne due to loss of confidence in Mr. Byrne’s ability to carry out his duties," Wilkie said in a statement. "This decision is effective immediately."

The two-sentence news release was all the information VA provided on the firing, and Byrne's bio had already been removed from the VA website by the time the dismissal was announced. Byrne is the fifth acting or official VA deputy secretary in about three years.

Marine veteran Byrne was confirmed as deputy secretary by the Senate in September 2019, after serving in an acting capacity. Previously, he was VA's general counsel, a Justice Department prosecutor and worked at Lockheed Martin as an attorney.

Two days after dismissing Byrne, Wilkie called it a "simple business decision," adding that it was "nothing personal" and Byrne failed to "jell" with other members of the VA leadership "team," during a news conference at the National Press Club in Washington, D.C. Byrne's removal won't negatively affect ongoing VA work, including the electronic health record overhaul which Byrne was overseeing, Wilkie said.

"It was in the best interests of the organization," Wilkie said.

During his time at VA, Byrne and Wilkie oversaw the MISSION Act launch.

Last month, Wlkie announced that investigators said no charges would be filed in the case, and alleged that Goldstein's account of her assault amounted to "unsubstantiated claims," setting off a firestorm from lawmakers and the VA Inspector General.

Inspector General Michael Missal responded, saying that Wilkie's accusation was inaccurate and that he had discussed the case with Byrne and VA Chief of Staff Pamela Powers, warning them not to incorrectly characterize the investigation or its conclusion. Missal said Wilkie's letter specifically "inaccurately characterizes the complaint's allegation as 'unsubstantiated.' This is not an accurate description of the results of our investigation."

On Monday morning, a piece from Goldstein published on Jezebel.com, her first-person reaction to Wilkie's letter and VA's handling of her case. It published less than three hours before Byrne's dismissal announcement.

When asked if Byrne's firing was in any way related to Goldstein's case, VA spokeswoman Christina Mandreuuci said his "dismissal has nothing to do with that."

On Wednesday, Wilkie echoed that, saying that it was "categorically untrue" that his dismissal was connected to the ongoing controversy.

"I have many questions about what Deputy Secretary Byrne’s firing means for our veterans and VA as a whole," Takano said in a statement. "The American people deserve to know why he was dismissed."

Takano said Wilkie agreed to meet with him to further discuss the decision.

House Veterans Affairs Committee Ranking Member Rep. Phile Roe, R-Tenn., said he wished Byrne well and thanked him "for his years of service, both in uniform and out.

"There is no question that this is a critical time for VA and that Secretary Wilkie must have a leadership team that he can trust supporting him as he works to transform VA and better serve veterans and their families. He has my full support on both fronts," Roe said.

"It is ultimately his responsibility to ensure we have strong leadership at the Department of Veterans Affairs that acts in the best interest of our nation’s veterans," Tester said in a statement.

"I trust his judgment during this process," Moran said in a statement. "As chairman, I will advise and work with Secretary Wilkie to fill this important position and ensure the VA is as efficient and effective as possible for our veterans.”