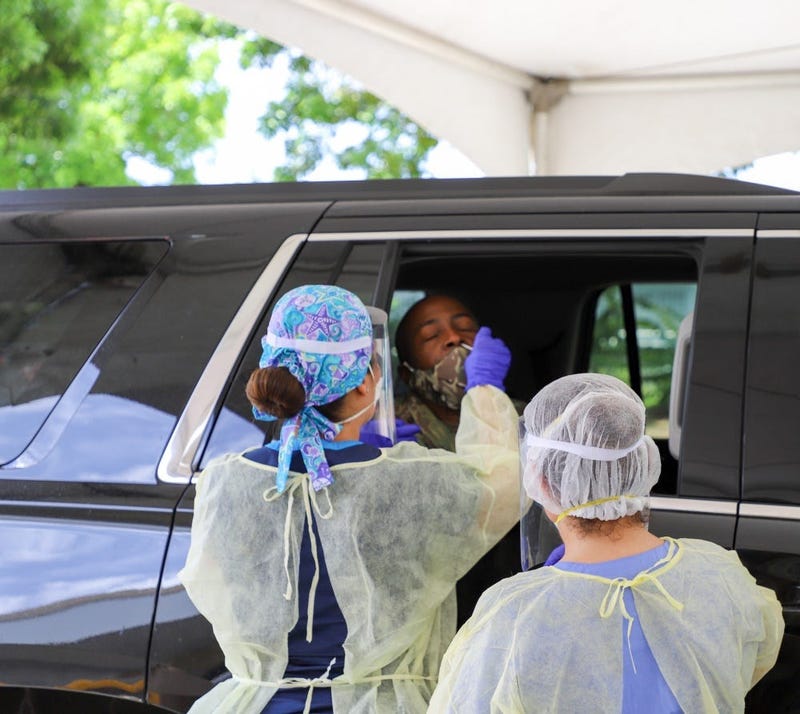 Active COVID-19 cases at the Department of Veterans Affairs rose close to 4,000 on Thursday and Friday for the first time since August as the number of patients and VA staff sick because of the fast-spreading virus spike again.

Active cases of the coronavirus at VA, which varied between about 3,800 to just under 4,000 on Thursday and Friday, had been trending down for weeks in late August and in September.

But, in late September, a definite trend in more active cases began, and now VA has about 49% more active cases than it did this time last month. The increase doesn't appear as dramatic as the spike this summer, beginning in late June through July and into August which would become VA's deadliest month for patients sick from the virus.

Since Oct. 1, VA has recorded a nearly 24% increase in active COVID-19 cases.

"Trends in new cases generally reflect what is going on in the country and local communities," VA Press Secretary Christina Noel said.

In August, VA Secretary Robert Wilkie said what Veterans Health Administration leaders had been saying for months, the department was preparing for a potential second wave, or "boomerang" of the virus this fall and winter, stocking supplies and preparing for some patients who may have long recovery times.

The department has recorded nearly 65,000 total cases of the virus among its patients and staff since the pandemic began, adding nearly 3,700 cases so far in October, a 6% increase.

About 57,300 of those total cases are considered convalescent, which means the patients either recovered or it's been at least 14 days since they tested positive.

VA's rate of recovery for patients and staff is about 89%.

VA recorded an additional 149 deaths in the first nine days of October, a more than 4% increase. VA officials have recorded a total of 3,585 patient deaths during the pandemic -- a mortality rate of about 5.5%, down slightly from previous months but still well above the overall 2.8% mortality rate among all Americans, according to the Centers for Disease Control and Prevention.

But while VA inches toward more grim milestones during the pandemic, a hopeful trend continues -- hospitalization rates continue to fall.

"The best measure of how COVID-19 is affecting VA patients is the rate of hospitalizations, which are decreasing and at their lowest point of the pandemic," VA Press Secretary Christina Noel told Connecting Vets this week.

In March, 38% of VA COVID-19 patients required hospitalization. The hospitalization rate has continued to fall steadily through the summer into fall, reaching 15% in September and 13% as of Oct. 5.

The number of cases among VA staff is also increasing, reaching nearly 5,700 cumulative cases as of Friday and, for the first time since Sept. 16, VA recorded two more staff deaths, for a total of 58 during the pandemic so far.

VA continues to administer thousands of COVID-19 tests to patients and staff, reaching more than 771,000 tests administered nationwide as of Friday, an about 20% increase from this time last month. That total number of tests does not reflect how many individual people have been tested at VA, but rather how many tests have been administered -- some people may receive multiple tests. In September, VA averaged about 4,790 COVID-19 tests per day. VA serves more than 9 million veterans and has hundreds of thousands of staff members across the department.