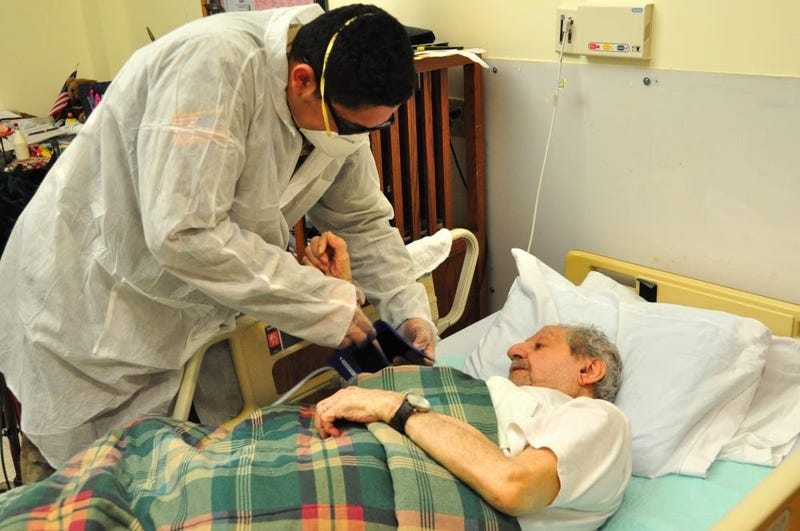 More than 3,000 Department of Veterans Affairs patients have died because of the coronavirus since March.

VA's mortality rate is about 5.7%, nearly double the 3%  death rate among Americans overall, according to the Centers for Disease Control and Prevention. The recovery rate for VA patients is about 89% and could continue to improve if active cases continue to decrease.

The department also recorded three more deaths among its staff so far in September, for a total of 52, a 6% increase. Seven VA employees died in August. Deaths among VA staff have increased about 24% since early August.

August was the deadliest month of the pandemic for VA patients, with 825 deaths recorded, according to data from the department. May saw the second-most deaths at VA during the pandemic thus far, with more than 730.

VA Press Secretary Christina Noel told Connecting Vets said there is often a "time lag" from when COVID-19 cases first present, and deaths caused by the virus, so the increase in deaths in the last 40 days or so could be attributed to earlier spikes.

"The surge in cases began in late June, through July and into early August," she said. "Deaths are seen in higher numbers weeks into a spike of cases."

Of those, about 3,000 cases are considered active, according to VA data, and more than 47,000 are "convalescent," those who have recovered from the virus or who have passed the 14-day mark since testing positive.

The number of patients actively sick because of the virus has continued to drop since spiking in June and July, though the department still has more than twice the number of active cases it had when it hit a low point of about 1,252 on June 3. Active cases dropped more than 45% since Aug. 1.

But while the department reached several bleak milestones in August and so far this month, it's also announced some hopeful developments.

The best measure of how the fast-spreading virus is affecting VA patients is hospitalization rates, Noel said. And at department hospitals, those rates continue to fall.

In March, 38% of VA COVID-19 patients were hospitalized. That number continued to drop each month, reaching 16% in  August. But that's not unique to VA patients, Noel said. Hospitalization trends are generally dropping at private hospitals nationwide, too, she said. Initial VA hospitalization rates for September should be available next week, Noel told Connecting Vets on Friday.

VA has attributed its relatively low infection rate to digital screening at its hospitals and clinics, more appointments held via telehealth, increased testing and other efforts.

As of Thursday, VA had administered more than 620,583 COVID-19 tests nationwide, though that number includes patients, staff and others, and also includes all tests administered -- not just how many individuals have received tests. VA cares for more than 9 million veterans and has hundreds of thousands of employees, according to the department.

Testing at VA has increased dramatically, Noel said. In March, the department administered about 631 tests per day. By late August, that number had reached 6,3000 tests per day.

“Testing is a critical piece of VA’s public health response to protect and care for veterans, their families, health care providers and staff during the COVID-19 pandemic,” VA Secretary Robert Wilkie said in a statement Aug. 27. “Our testing policies and procedures have helped to significantly limit the spread of the virus within our medical facilities, while universal COVID-19 testing for patients and staff as well as other safeguards at VA’s community living centers and spinal cord injury units, has minimized the COVID-19 exposure risk for some of our most vulnerable patient populations.”

The trial is expected to include about 700 veterans hospitalized at VA facilities. Study volunteers will randomly receive either convalescent plasma or a saline placebo to "track and assess recovery and effects of the treatment," VA said in its announcement.

The FDA has authorized emergency use of convalescent plasma as an investigative therapy for COVID-19 based on currently available evidence, but evidence from more rigorous, extensive trials is necessary to establish how safe and effective the treatment may be for patients ill from the virus.

“This trial will go a long way toward helping in the fight against COVID-19,” Wilkie said in a statement. “VA CURES will provide valuable information that will benefit our veterans who are battling COVID-19, as well as other patients and the medical community in general.”