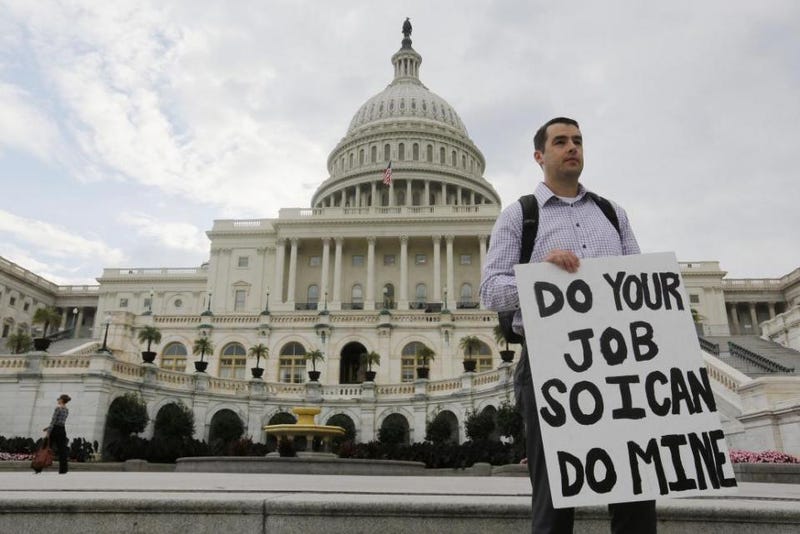 Representative Dan Crenshaw's recent announcement makes him the 12th veteran serving in Congress to give up a paycheck while the government remains shut down.

I cannot in good conscience get paid while federal employees’ financial futures hang in the balance because of this partial government shutdown. I’ve asked the Chief Administrative Officer to withhold my pay until we have come to an agreement to adequately fund border security. pic.twitter.com/2g37vAAtx2

I will not be accepting any pay for as long as the federal government remains shut down. This is yet another sad example of Washington’s dysfunction and inability to compromise. #Sayfie pic.twitter.com/2JsTev0jwk

This morning I requested that my pay be withheld until the shutdown is over. 800,000 federal workers are not receiving their paychecks, including 1,000s in New Jersey. I came here to govern, not engage in partisan politics at the expense of hardworking Americans. pic.twitter.com/AwsRpFfElF

I don’t believe it’s fair or appropriate for Members of Congress to continue to receive paychecks while federal employees & their families suffer. I’ve directed the Chief Administrative Officer of the House to withhold my pay until all our federal employees have been made whole. pic.twitter.com/o0AQHnJWvM

In a letter sent today to the Chief Administrative Officer of the House of Representatives, I asked for my pay to be withheld until an agreement to fund the whole government takes effect. pic.twitter.com/GT7cy1RXLK

The complete list of members includes members from both sides of the aisle with 13 senators and 51 representatives.

Several are going a step further and donating their pay to organizations like volunteer fire departments (Rep. Riggleman) and Homes for the Brave (Sen. Blumenthal).

These members of Congress join roughly 800,000 federal employees who have no way of knowing when their next paycheck will come — and 31.1 percent of federal employees are veterans. Of these 800,000 employees, 14 percent make less than $50,000 per year. Depending on the situation, that's not a lot to stretch when the paychecks stop coming.