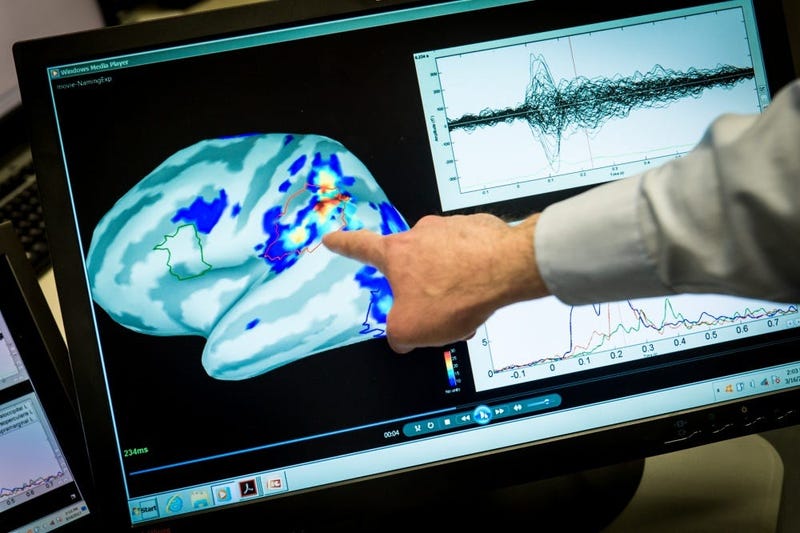 Scientists have found specific genetic vulnerabilities to post-traumatic stress disorder in a study of more than 165,000 veterans.

Department of Veterans Affairs doctors and Yale and University of California scientists analyzed the DNA of those thousands of veterans trying to better understand the underlying biology of PTSD. The study used data from the Million Veterans Program, a national VA research effort using data voluntarily provided by veterans.

"Post-traumatic stress disorder is a major problem among military veterans and civilians alike, yet its pathophysiology remains poorly understood," the study reads.

Scientists searched for genetic links related to "intrusive re-experiencing of trauma" -- the most common symptom of PTSD.

What they found were specific genetic "risk factors" to PTSD, including abnormalities in stress hormone response and/or functioning of specific brain regions.

Scientists used a genome-wide association study, a relatively new scientific tool used to rapidly scan markers across complete sets of DNA -- or genomes -- of many people, searching for genetic variations related to specific diseases. Those findings are then used to try to develop better ways to detect, treat and prevent the diseases.

Scientists found eight distinct genetic regions with strong ties between PTSD and how the brain responds to stress in many of the veterans studied. Specifically, the research revealed the role of one type of brain cell -- the striatal medium spinal neurons -- which are often found in parts of the brain responsible for motivation, reward, reinforcement and aversion, among other things.

The study was led by Dr. Murray B. Stein, distinguished professor of psychiatry and family medicine and public health at the UC San Diego School of Medicine and the San Diego VA Health Care System and Dr. Joel Gelernter, professor of psychiatry, genetics and neuroscience at Yale School of Medicine and the Connecticut VA Health Care System. Their findings were published in "Nature Neuroscience" July 29.

“The genes implicated in this study point to this region of the brain, and these types of neurons, as potentially involved in PTSD vulnerability,” Stein said in a statement in a UC news release. “Because we know something about the regulation of these neurons, we can test hypotheses about drugs that might be useful for PTSD, such as drugs that influence dopamine or GABA, both of which are regulatory of these types of neurons.”

Stein added that further research is necessary to replicate the study's findings, including postmortem testing of veterans with PTSD to confirm its effects on the brain.

If you or someone you know needs help, contact the Veteran Crisis Line 24/7 at 1-800-273-8255 (select option 1 for a VA staff member). Veterans, service members or their families also can text 838255 or go to veteranscrisisline.net.
Reach Abbie Bennett: abbie@connectingvets.com or @AbbieRBennett.

VA doesn’t pay for service dogs for veterans with PTSD. This bill would change that.

'We were finally complete’: Mission K9 reunited this Marine with his dog and changed his life. 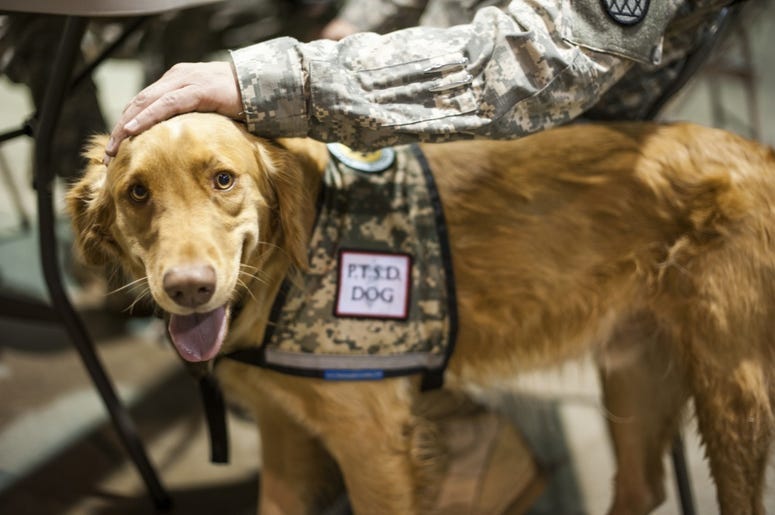