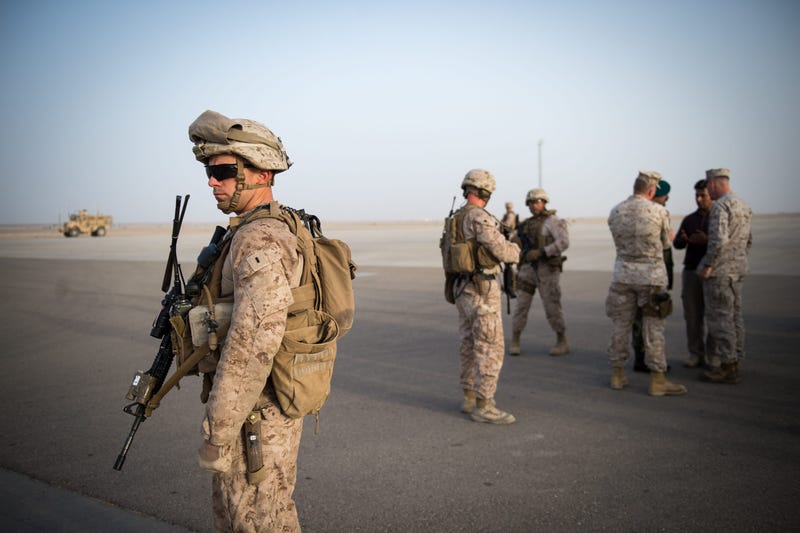 While the world is largely preoccupied in its fight against COVID-19, the United State's withdrawal from Afghanistan carries on despite increased violence in the region and accusations that President Donald Trump is being manipulated by the Taliban to act impulsively.

"No, I am not acting impulsively!" Trump tweeted in response to a Wall Street Journal editorial that suggested he may be doing just that. "Could somebody please explain to them that we have been there for 19 years, and while soldier counts are way down now, hardly impulsive."

The Wall Street Journal Editorial states that it doesn’t want me to act in an “impulsive” manner in Afghanistan. Could somebody please explain to them that we have been there for 19 years, and while soldier counts are way down now, hardly impulsive. Besides, the Taliban is.....

"Besides, the Taliban is mixed about even wanting us to get out," Trump added. "They make a fortune $$$ by having us stay, and except at the beginning, we never really fought to win. We are more of a police force than the mighty military that we are, especially now as rebuilt."

The Wall Street Journal, along with members of Congress and other national security advisors, suggested that the peace deal signed between the U.S. and the Taliban at the end of February has evolved into much more of a withdrawal agreement than any sort of step toward peace -- especially as terrorist attacks on a funeral and a maternity clinic in Afghanistan took the lives of close to 60 last week.

US, Taliban sign deal aimed at ending war in Afghanistan

The increase in violence, some say, could be an indicator of a future trend upward in terror attacks in the region in the absence of U.S. forces.

But, as part of the deal signed on February 29, the United States continues to withdraw troops from Afghanistan and is on track to achieve its goal of reducing the U.S. force to 8,600 by July 15. In response to these most recent terror attacks, Secretary of Defense Mark Esper said the U.S. will continue with withdrawal efforts and conduct defensive strikes only -- as per the "political agreement" made to end the war.

“Consistent with the agreement, the U.S. military will continue to conduct defensive strikes against the Taliban when they attack our (Afghan) partners,” a Pentagon spokesperson told the Associated Press. “As the secretary of defense stated recently, this is going to be a windy, bumpy road, but a political agreement is the best way to end the war.”

By next spring, the U.S. still plans to withdraw completely, effectively ending the "endless war" -- an achievement Trump has been promising for years.

“President Trump promised to bring our troops home from overseas and is following through on that promise,” the White House said in a statement released when the peace deal was signed.

Trump is not alone in wanting to bring troops home from the "endless" 19-year war in Afghanistan that has so far claimed the lives of more than 2,300 U.S. service members and cost the country an excess of one trillion dollars, according to the controversial "Afghanistan Papers" published by the Washington Post at the end of 2019.

Veterans and service members alike want troops deployed to Afghanistan back home. A survey of 1,600 veterans and service members conducted by Concerned Veterans for America in April of 2020 showed that support among veterans for withdrawing from Afghanistan rose 13 percent from 2019 to 2020 -- from 60 percent to 73 percent. Among military family members, support rose 9 percent -- from 60 percent to 69 percent.

But this majority support for withdrawal may not take all the potential consequences into consideration.

At the beginning of this year, John Sopko, Special Inspector General for Afghanistan Reconstruction (SIGAR), emphasized numerous times during Congressional testimony that the U.S. lacks the information it needs to make informed decisions about future involvement in Afghanistan.

In Afghanistan, 'we have created an incentive to almost require people to lie'

"It takes a long time to try to build a government that's not corrupt or can keep the bad guys out — the terrorists," Sopko said during the testimony. "And if we think we can do it in one year, or nine months,