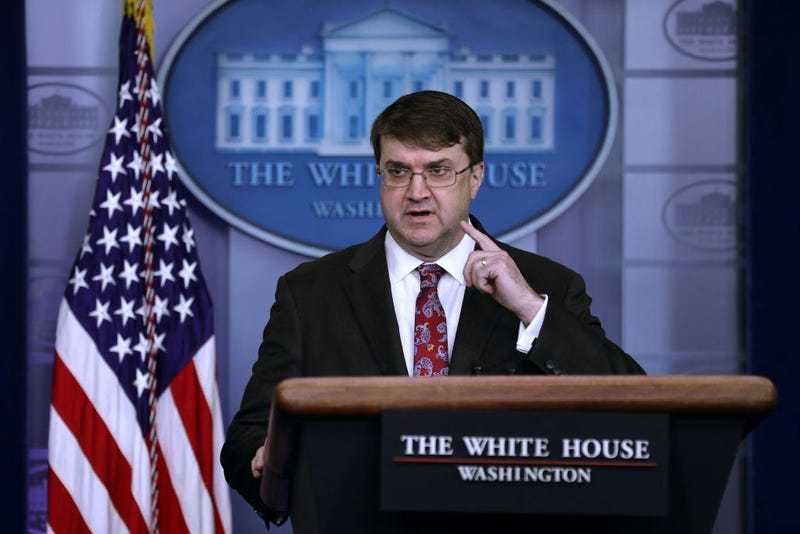 More than 360 veterans have died and thousands are infected with COVID-19. Department of Veterans Affairs medical staff are protesting a lack of protective gear after at least 19 staff deaths. The Department of Labor has launched an investigation into whether VA endangered veterans and its staff.

But in an interview with MSNBC this week, VA Secretary Robert Wilkie said he believes his department is doing "a pretty good job" responding to the pandemic.

"We are making sure that the people who are on the frontlines, who are in the emergency rooms, who are in the COVID wards, who are in the ICU wards -- they have the equipment that's needed," Wilkie said. "This is a national emergency ... I will be brutally honest with you. We have policies in place where people who have no contact with patients, they're not going to get three changes of protective gear every day. We don't have those employees given masks and gowns as those on the front lines are given."

But that account does not match weeks of VA medical staff reporting supply shortages, rationing, expired or improper equipment and more. VA internal memos also have reported "serious" supply shortages and rationing of one mask per week for some employees, including those in nursing homes.

VA says it cares for about 9 million veterans, and more than half of them are 65 or older, a population at increased risk for infection and complications, according to the Centers for Disease Control and Prevention.

Wilkie said VA has a lower staff infection rate than other healthcare systems. As of Wednesday, Wilkie said 19 VA employees had died of the virus. More than 1,700 had tested positive as of this week, VA officials previously told Connecting Vets.

"I think you can see by the percentage of our employees who are infected that right now we're doing a pretty good job," he said.

"We don't know in most of those cases where the infection came from," Wilkie said.

In New Orleans, one of the areas hardest hit for veterans and the general public, Wilkie said VA "suffered a lot of employee infections" but "we traced most of those to Mardi Gras and the city not locking down early on in the epidemic."

When asked what personal protective equipment frontline healthcare employees were being provided, Wilkie said "they are getting everything that the CDC demands that they get ... which is the coverings, the face shields, the masks, those kinds of things that you see ... they sort of look like spacesuits. That's what they get. They get them according to what the CDC prescribes."

VA also is sending resources and staff to help state-run veterans homes across the country, where outbreaks have been particularly severe, as part of VA's fourth mission to serve as a backup for the American healthcare system in times of crisis, Wilkie said.

Wilkie also said VA is not burdened by the number of patients it's treating.

"VA has not been overrun," he said, adding that "only" 38 percent of VA's 14,000 beds are occupied, and most of those are occupied by non-coronavirus patients. "We have been preparing in the long run for a wave that may come but that has been part of our ramp-up to address this epidemic."

When asked if he believed veterans were being hit by the virus particularly hard, Wilkie did not fully answer the question.

"Any epidemic, any infection is hard. It is very hard," he said. "We have people in our system who have been in the toughest spots on the planet ... I understand the life. Any death is hard ... We are prepared for more (cases) and I think we are setting an example for the rest of the country in terms of how we treat not only our veterans but how we provide support for the rest of the country."