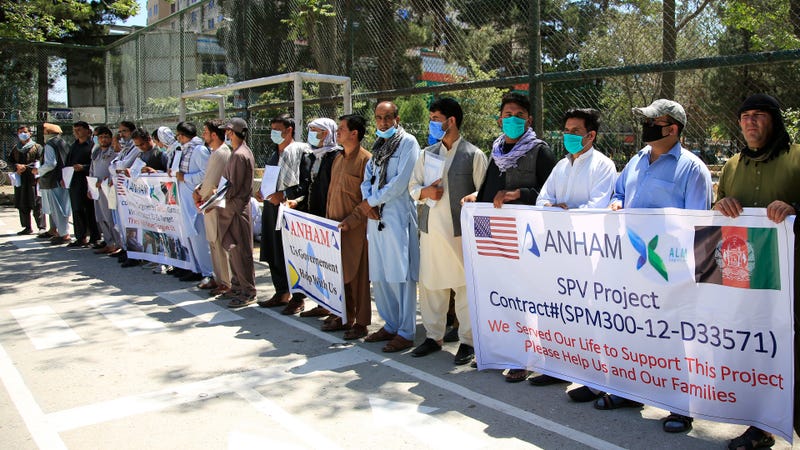 Former workers who had been employed with U.S. troops at the Bagram airbase hold placards during a demonstration against the U.S. government in Kabul, Afghanistan, Friday, July, 9, 2021. Photo credit AP Photo/Mariam Zuhaib
By The Associated Press

The Biden administration on Monday expanded its efforts to evacuate at-risk Afghan citizens from Afghanistan as Taliban violence increases ahead there of the U.S. military pullout at the end of the month.

The State Department said it is widening the scope of Afghans eligible for refugee status in United States to include current and former employees of U.S.-based news organizations, U.S.-based aid and development agencies and other relief groups that receive U.S. funding. Current and former employees of the U.S. government and the NATO military operation who don’t meet the criteria for a dedicated program for such workers are also covered.

However, the move comes with a major caveat: applicants must leave Afghanistan to begin the adjudication process that may take 12-14 months in a third country, and the U.S. does not intend to support their departures or stays there.

Nevertheless, the State Department said the move will mean that “many thousands” of Afghans and their immediate families will now have the opportunity to be permanently resettled in the U.S. as refugees. It did not offer a more specific number of those who might be eligible for the program. 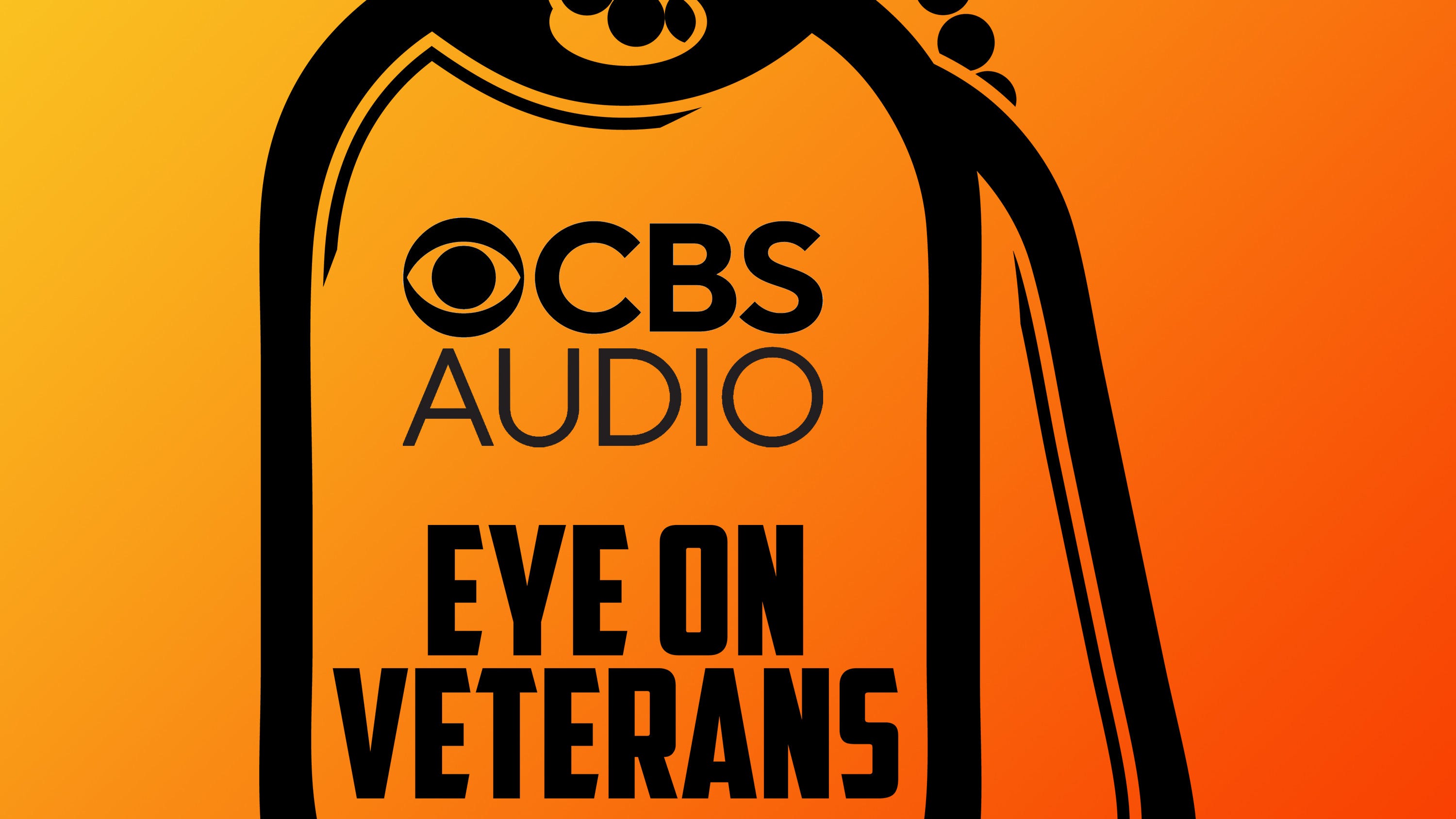 “The U.S. objective remains a peaceful, secure Afghanistan,” it said in a statement. “However, in light of increased levels of Taliban violence, the U.S. government is working to provide certain Afghans, including those who worked with the United States, the opportunity for refugee resettlement to the United States.”

The creation of a “Priority 2” category for Afghans within the U.S. Refugee Admissions Program is intended for Afghans and their immediate families who “may be at risk due to their U.S. affiliation” but aren't able to get a Special Immigrant Visa because they did not work directly for the U.S. government or didn't hold their government jobs long enough.

To qualify for the Priority 2 category, Afghans must be nominated by a U.S. government agency or by the most senior civilian U.S. citizen employee of a U.S-based media outlet or nongovernmental organization.

The first group of Afghan Special Immigrant Visa applicants — most of whom served as translators or did other work for U.S. troops or diplomats — who have cleared security vetting arrived in the U.S. on Friday. That group of 221 people are among 2,500 who will be brought to the U.S. in the coming days.

Another 4,000 SIV applicants, plus their families, who have not yet cleared the security screening are expected to be relocated to third countries ahead of the completion of the U.S. withdrawal. Roughly 20,000 Afghans have expressed interest in the program. 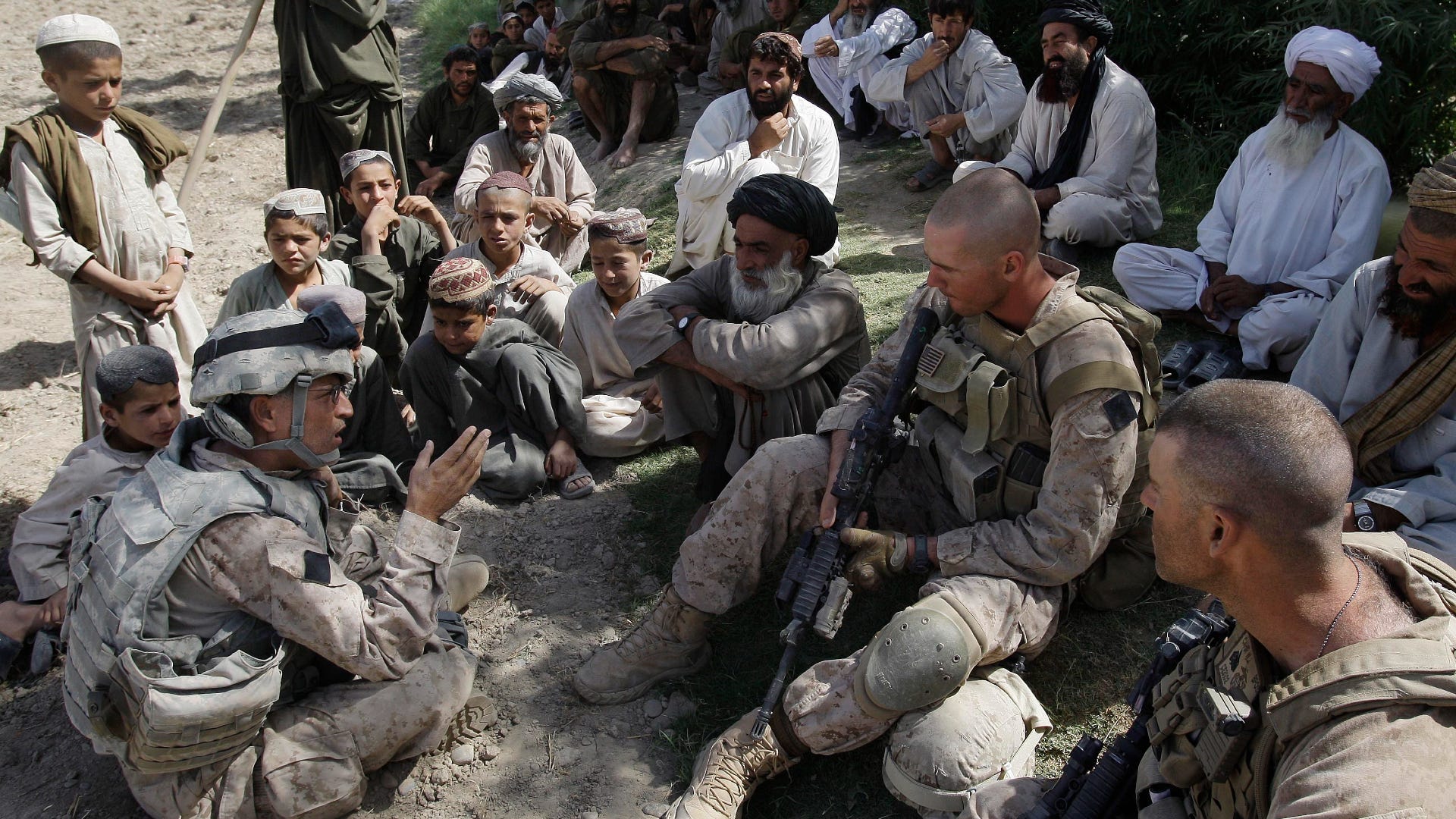 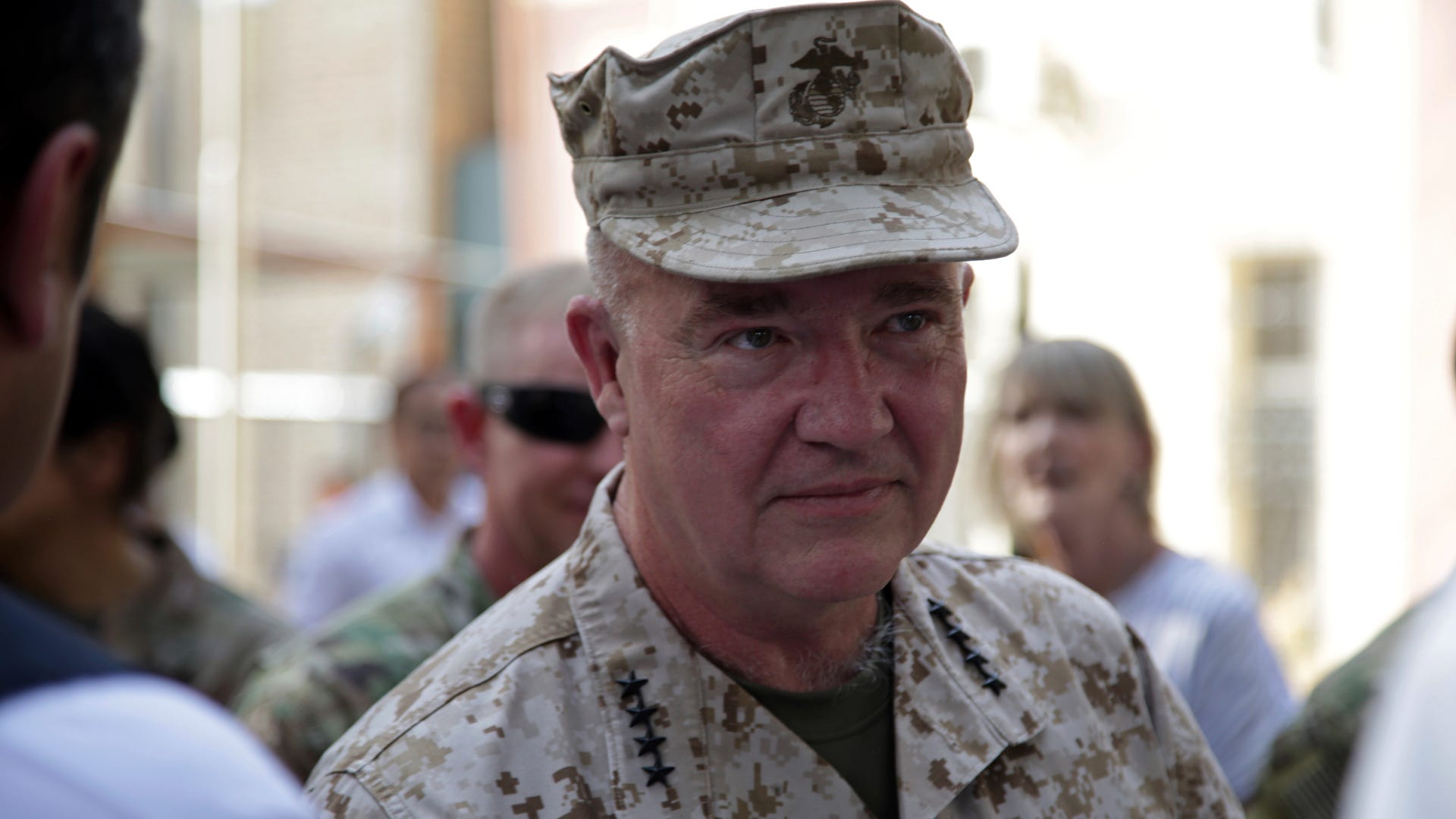 U.S. stepping up airstrikes this week to support Afghan forces