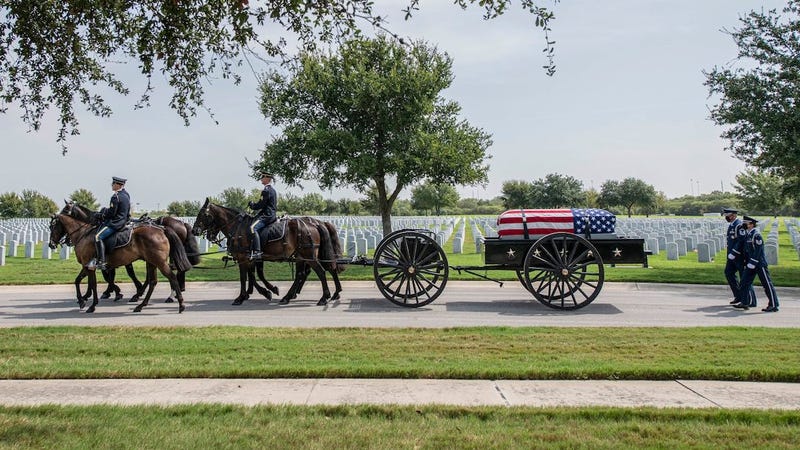 Soldiers with the Fort Sam Houston Caisson Section carry the flag-draped remains of Col. Richard E. Cole during his interment ceremony on Sept. 7 at the Fort Sam Houston National Cemetery, Texas. Cole remained a familiar face within the Air Force after his retirement, touring Air Force schoolhouses and installations to help promote the spirit of service among Airmen. Photo credit U.S. Air Force/Tristin English
By Af.mil

Remembered as a man who faithfully served his country and was a devoted father and a man of faith, Lt. Col. Richard “Dick” Cole, the last of the Doolittle Raiders, was honored and posthumously promoted to the rank of colonel during a Sept. 7 ceremony at the Joint Base San Antonio-Fort Sam Houston Golf Course ballroom.

Family members and distinguished guests, including Air Force Chief of Staff Gen. CQ Brown, Jr., gathered to pay their respects for Cole, who died at the age of 103 April 9, 2019.

Cole was the last surviving member of the Doolittle Raiders, a group of 80 crew members led by Lt. Col. James “Jimmy” Doolittle, who flew 16 B-25 Mitchell bombers from the USS Hornet April 18, 1942, en route to an air raid to attack Tokyo in World War II, after the Japanese had bombed Pearl Harbor Dec. 7, 1941.

Cole was Doolittle’s co-pilot in the lead B-25 aircraft during the mission. 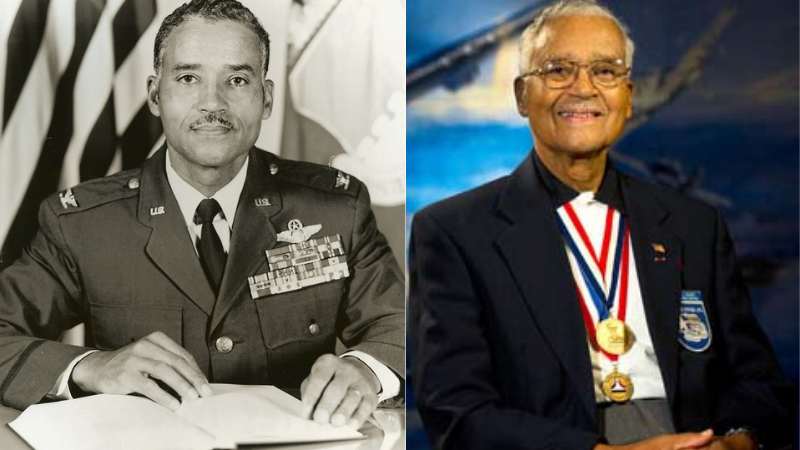 In his opening remarks, Brown said Cole and the rest of the Doolittle Raiders embodied the idea of service before self, as Cole volunteered for many dangerous missions during his 26-year military career.

“I would say Dick Cole lived a life and had a career that many of us would say was full of danger, but he was up to the task,” Brown said. “He is truly a member of our Greatest Generation. And I’m proud to say this heritage of volunteering to do what is right and answer the nation’s call lives with our Airmen today.”

After the Doolittle raid, Brown said Cole undertook other dangerous missions, including going to the China-Burma-India Theater where he flew C-47s to transport supplies to China through “The Hump,” a difficult air passage through the Himalayan Mountains, to help the Chinese in their fight against Japan.

In 1944, Cole flew with the 1st Air Commando Group, who supported a commando group in the jungles of Burma by providing fighter cover, airdrops and landing of troops, food and equipment as well as evacuation of casualties. 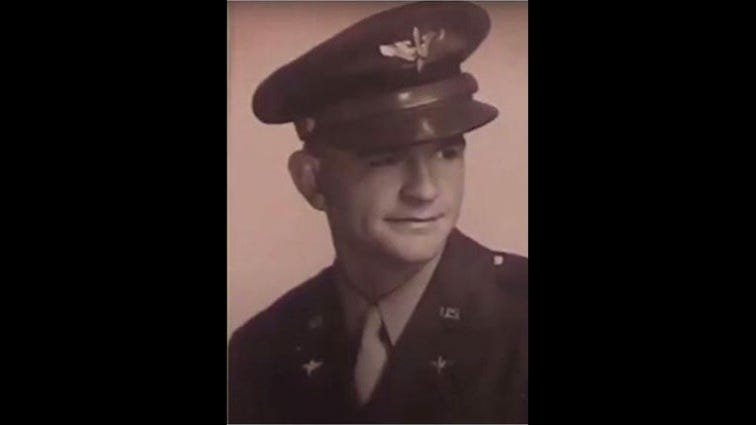