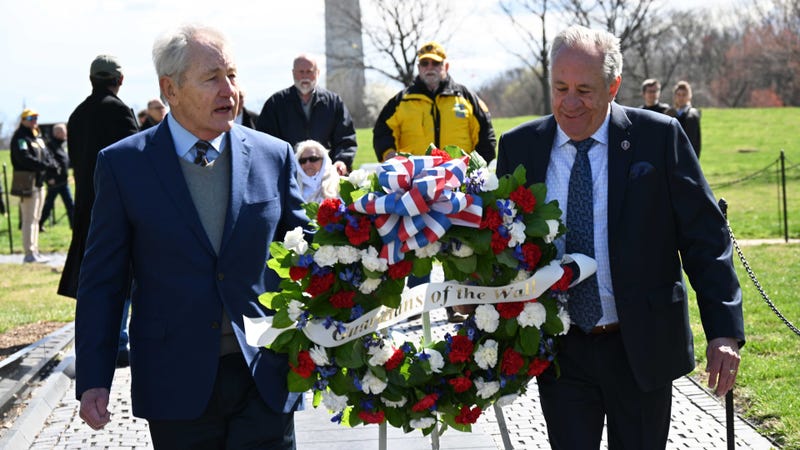 Former Defense Secretary and Sen. Chuck Hagel, left, and Jan Scruggs, founder of the Vietnam Veterans Memorial, lay a wreath at The Wall during the 40th anniversary of its groundbreaking on March 26, 2022 in Washington, D.C. Photo credit Bill Shugarts
By Julia LeDoux

The Vietnam Veterans Memorial in Washington, D.C. celebrated the 40th anniversary of its groundbreaking Saturday during a ceremony that brought together some of the driving forces behind its construction.

“What kind of country in the world do we want,” keynote speaker and former Defense Secretary and Sen. Chuck Hagel asked. “What kind of country are we going to have to have to make sacrifices for the world. And, in a strange way, this particular veterans' memorial makes us more susceptible to understanding that and it forces us really to try and review the world that we’re in now.” 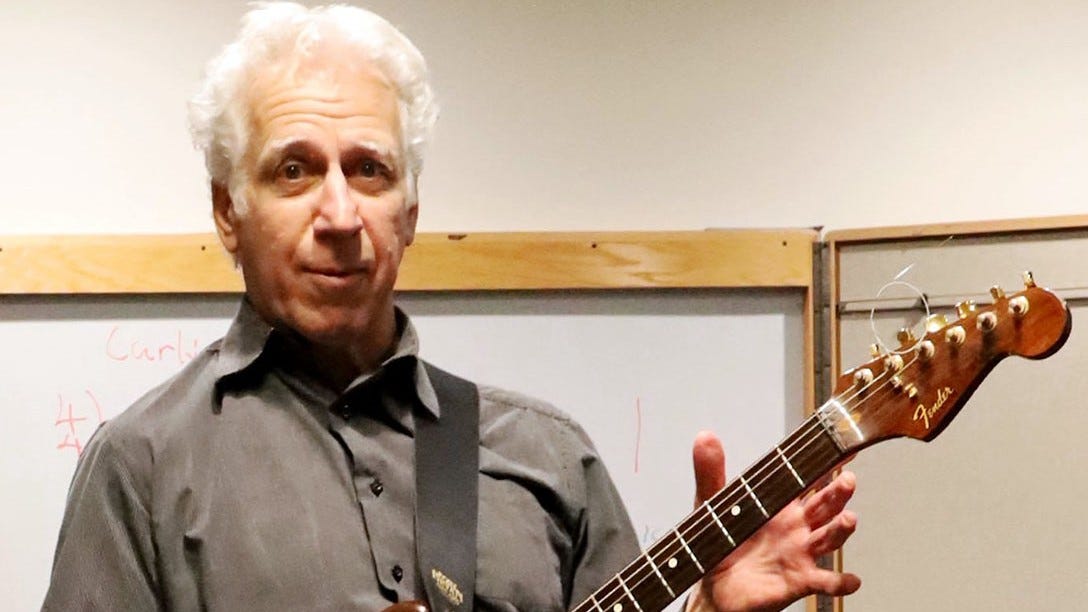 Hagel served in the Department of Veterans Affairs and stood by the controversial design of the memorial, which broke ground on March 26, 1982.

Jan Scruggs, the founder of the Vietnam Veterans Memorial, was wounded in combat when he was 19. Ten years later he came up with the idea for the memorial. Scruggs would raise more than $8 million from private donors to fund its construction.

“As years moved on, The Wall created a legacy of its own as literally, hundreds of thousands came here not to just experience the memorial, but to leave gifts and remembrances of family members and friends whose names are engraved here,” he said.

Scruggs added that there is no anthropological or sociological precedent for that behavior in the country. 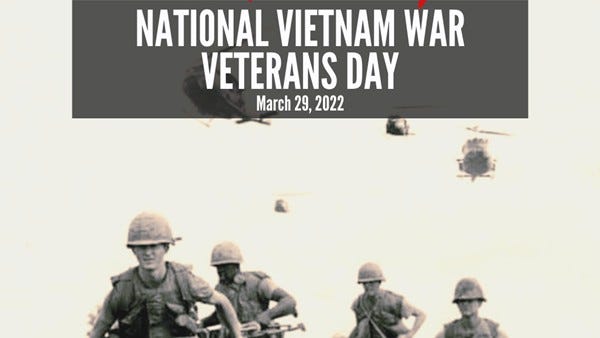 “But these items and the reason they have been left here speak elegantly about how much Americans care for this memorial and for those who fight for our country,” he said.

Tom Shull was an Army captain and White House Fellow who intervened at a crucial point to reverse a decision to end the groundbreaking.

“This memorial restores pride for all who serve, especially Vietnam veterans, and to paraphrase President Lincoln, all who have their last full measure of devotion,” he said. “Our fallen are forever with us at this sacred place. Four years later, this memorial continues to heal our country.”

Today the memorial chronologically lists the names of the 58,281 Americans who sacrificed their lives during the war or remain unaccounted for.

“This is not a memorial to the war,” Scruggs said. “Remember, this is the Vietnam Veterans Memorial. This honors the sacrifice of veterans. People can debate the wisdom of going to places like Vietnam. These are debates for historians to be held in comfortable classrooms.”