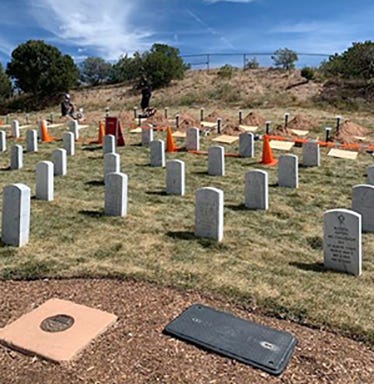 Twenty-two unaccompanied veterans were honored as they were laid to rest at the Santa Fe National Cemetery in New Mexico Sept. 23 Photo credit Department of Veterans Affairs
By Julia LeDoux

Twenty-two veterans who served in the Army, Navy, and Marine Corps and died with no friends or family to claim their remains were surrounded by members of the community during a funeral service with full military honors on Sept. 23 at New Mexico’s Santa Fe National Cemetery.

“My staff and I want to thank everyone in attendance today and for providing this final sendoff for these departed brothers of ours,” said Vasquez, who is also a Navy veteran. “Thank you for ensuring that they were not alone and not forgotten in the end.”

Remarks were also given by Cemetery Director Victor L. Vasquez and Sonya Smith, secretary of the state Department of Veterans Services. 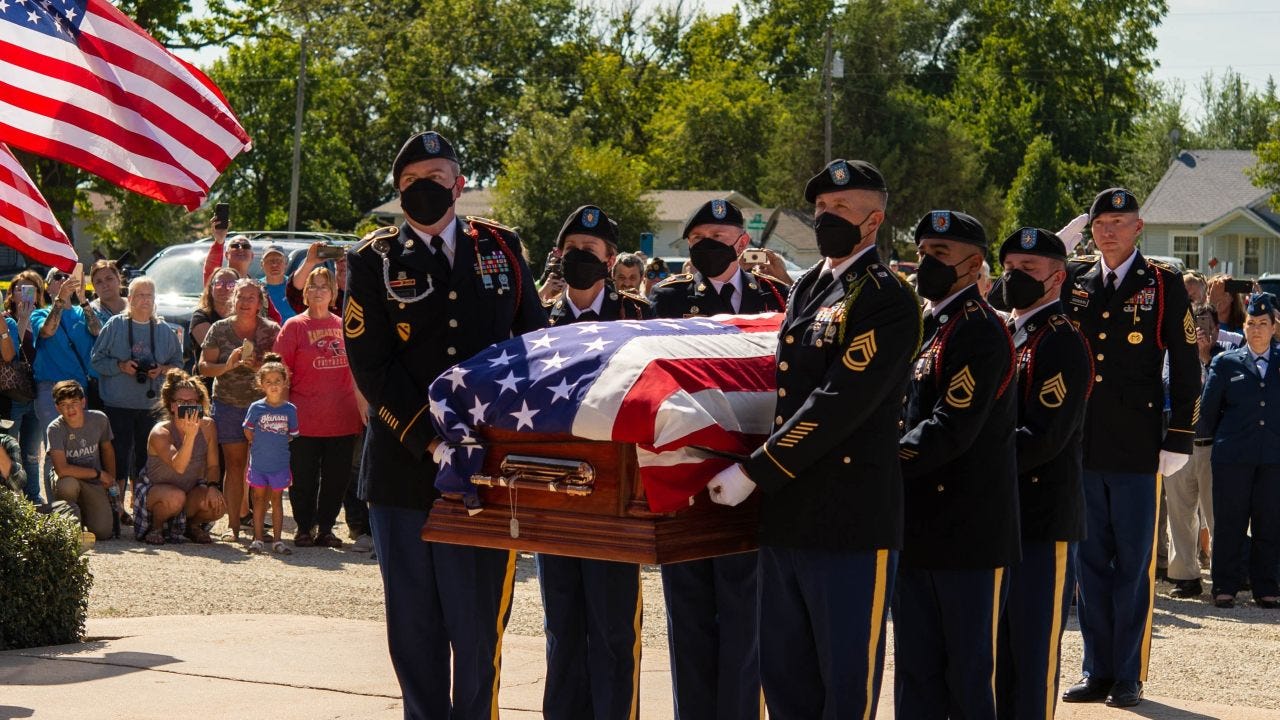 According to the post, such ceremonies would not be possible without the help of the Forgotten Hero program, Veteran Service Organizations, and local government partners. The state Department of Veterans Services has hosted an annual Forgotten Heroes Memorial Ceremony honoring unclaimed veterans since 2009.

The unaccompanied veterans’ funeral service is held at Santa Fe National Cemetery once a year. Unclaimed veteran remains are collected throughout New Mexico and are honored at the national cemetery with full military honors all in one ceremony.

All the veterans’ remains were cremated.