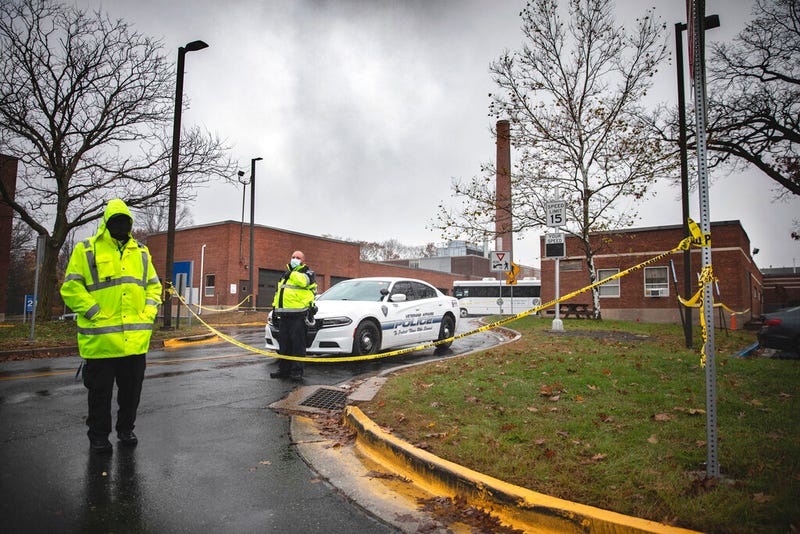 The investigation continues, and state police did not offer an explanation for the cause of the accident at the VA campus in West Haven on Nov. 13.

The accident killed a VA maintenance worker, Euel Sims, 60, a Navy veteran from Milford, and a private contractor, Joseph O’Donnell, 36, of Danbury. Three other workers were injured, officials said.

Alfred Montoya Jr., director of the VA Connecticut Healthcare System, said last week that Sims and O’Donnell, a welder and pipefitter, were in the basement of the small outer building and had just finished routine maintenance on a leaky pipe when they died. He said the accident happened as the pipe was being refilled with steam.

In releasing preliminary findings of the investigation, state police said the episode initially described as an explosion was a “pressure event” within the steam system.

“This event caused super-heated water vapor to rapidly fill the room and building,” police said. “The two occupants working on the system were not able to evacuate the room and suffered fatal injuries. There was no apparent criminal aspect.”

The building where the men were killed houses the hospital’s labor shops, such as carpentry and plumbing, a hospital spokesperson said.

The state police Fire & Explosion Investigative Unit is leading the investigation, with help from the federal Bureau of Alcohol, Tobacco, Explosives and Firearms.

U.S. Sens. Richard Blumenthal and Chris Murphy, both Connecticut Democrats, are among those calling for the federal government to approve major renovations to the VA campus. Officials said the hospital was built in the 1950s and underwent a renovation in the 1990s, but has decaying infrastructure and is on a list of aging VA facilities that need to be replaced.