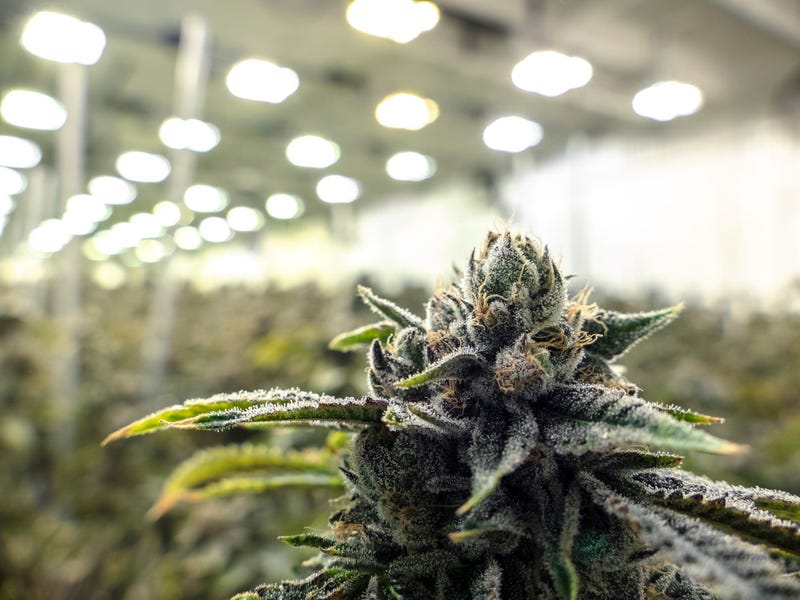 More states voted to legalize marijuana to differing degrees during the 2020 election and as the tide of public policy turns at the state level, advocates hope it will change at the federal level, too, clearing the way for more veteran access.

As of Election Night, 15 states had legalized adult use of cannabis in some form, representing about a third of the U.S. population, "including millions of veterans," Eric Goepel, founder and CEO of Veterans Cannabis Coalition, said on Wednesday. Arizona, Montana and New Jersey voters all passed measures to legalize adult-use, South Dakota voters approved both medical and recreational use and Mississippi allowed medical use.

Some veterans fear their use or potential use of marijuana could jeopardize their Department of Veterans Affairs benefits and lawmakers have even introduced bills to prevent exactly that. But VA says on its website that "veterans will not be denied VA benefits because of marijuana use." None of the bills filed to codify that and ensure that VA could not take benefits from veterans for their marijuana use have passed so far.

Dr. Ben Kligler of the Veterans Health Administration told Connecting Vets that veterans can talk to their VA doctors about cannabis use and ensure use will not interact negatively with existing medications, but VA doctors cannot prescribe or recommend its use to veterans, or replace existing medication with medical marijuana.

According to the Iraq and Afghanistan Veterans of America 2019 member survey, at least 75% of veterans who responded said they're interested in using cannabis or cannabinoid products if available, 88% supported additional research and 84% believe VA should drive that research. Wounded Warrior Project's 2019 survey found that nearly 17% of veterans who responded said they used marijuana in the last year for medical reasons.

The wins on Election Night could make things easier for some veterans and could add pressure at a federal level.

"This is a clear victory on several fronts," Goepel said. Goepel and Justin Strekal, political director of the National Organization for the Reform of Marijuana Laws (NORML) broke that win down into four main parts.

The more states sign off on legalizing adult use of cannabis, the lower the burden on veterans and other patients. Those users can avoid paying "sometimes hundreds of dollars a year in fees" to legally possess medical cannabis and "no longer have to deal with potential gatekeeping by doctors or local public health officials," said Goepel, who is also volunteering as direcotr of Veterans Affairs for Los Angeles NORML.

When states allow private businesses to sell cannabis to adults through their storefronts or delivery services, it also expands the geographic area people can access it, too.

Expanding cannabis licenses across the supply chain, Goepel said, including cannabis cultivators, manufacturers and retail businesses, should lead to more competition "and potential savings for veterans and patients over more restricted medical-only markets."

Once cannabis use is legalized at the state level, it removes a significant social barrier to use, encouraging veterans and patients to "use cannabis as medicine as it becomes more accepted and widely available," Goepel said. "This is especially important since half of all living veterans are over 65 and that population both deals with the most stigma while also arguably stands to benefit most from using cannabis medication."

For years, Department of Veterans Affairs leaders have used cannabis' status as a Schedule I drug as a reason VA cannot prescribe it for medical use, even in states where it is legal, and why research on the drug's usefulness for veterans has been stymied.

But the lack of progress has continued to frustrate advocates and veterans who say it can help some, and more research could provide further effectiveness to treat a variety of veteran health concerns.

As more states legalize cannabis, though, Strekal and Goepel said it only increases the likelihood of federal descheduling, decriminalization and legalization.

In late August, the House was poised to vote on legislation that would remove marijuana from the Controlled Substances Act, effectively ending marijuana prohibition at the federal level -- though states would still get to rule on it for themselves. At the time, House Majority Whip James Clyburn, D-S.C., announced that the House planned to bring the bill to the floor after nine months of silence, and "will be voting soon" on H.R. 3884, the Marijuana Opportunity Reinvestment and Expungement (MORE) Act. But now it's been nearly a month and a half, and no such vote has taken place.

But no such action has been taken since then, with Congress in gridlock over pandemic aid and embroiled in the election.

"Despite this public consensus, elected officials have far too often remained unresponsive to the legalization issue," NORML Executive Director Erik Altieri said in a statement. "The public has spoken loudly and clearly. They favor ending the failed policies of marijuana prohibition and replacing it with a policy of legalization, regulation, taxation, and public education. Elected officials — at both the state and federal level — ought to be listening.”

The legislation, though unlikely to pass the Senate, is one of the most significant steps from Congress so far in changing federal marijuana policy. The vote in the House would be historic, even if the bill is all but dead on arrival in the Senate.

In November last year, the House Judiciary Committee took the first vote in Congress to remove marijuana from the Controlled Substances Act. The committee voted 24-10 to advance the bill, but as of early November, it still hasn't been up for a vote on the House floor.

"No matter who is in the White House and under current rules, we will need 60 Senators to advance the bill, which is impossible without Republican support or eliminating the filibuster," Goepel said. "Maybe not even then. But states with strong Republican representation like Montana and South Dakota approving adult-use legalization, and Mississippi creating a medical program all contribute to putting more pressure on their federal electeds to evolve."

And when it comes to VA, Goepel said it may be time to step back from fighting with the department over whether doctors can recommend cannabis to vets.

Instead, he said the focus should perhaps shift to compelling VA to create "a real cannabis science and medicine curriculum."

VA consistently touts that a majority of American doctors will, at some point, train or work at its massive healthcare system. But there aren't enough doctors who fully understand cannabis and its effects on the body, including phytocannabinoids like THC and CBD on body processes such as pain and immune function.

That lack of understanding, Goepel said, "is a gross failure of the U.S. medical system" and one VA could help correct, in time.

"The VA, which loves to talk about how 60%-70% of the nation's doctors will train or practice through the department, could nearly single-handedly set the standard on cannabis medicine education," he said. "The ripple effects, we hope, would significantly cut down on resistance or hostility from the medical community to incorporating cannabis medicine into their toolbox."

Marijuana sales booming during year of stress and uncertainty