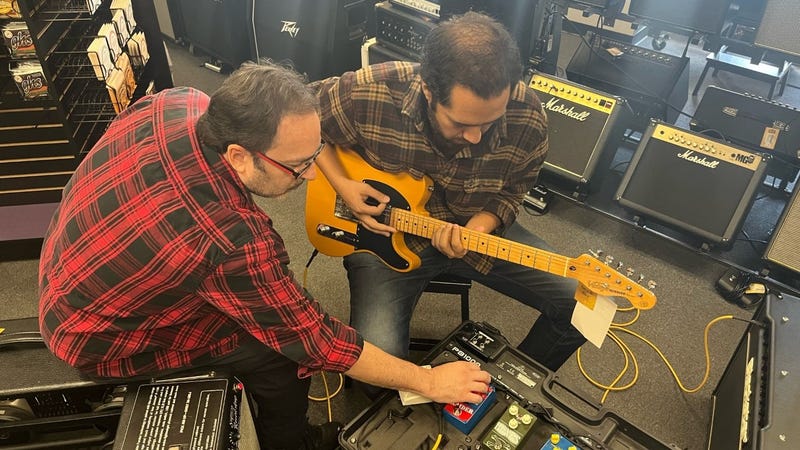 Be the rock star that changes lives.

“If you’re in a place where you can’t see yourself living another day, obviously you hate yourself,” he said. “But, love others until you can love yourself.”

Dobberteen grew up in a town of about 500 in Michigan. He got into playing guitar at a young age and even though he wrote songs and posted some of his music on MySpace, he never really seriously pursued music because he was too busy playing sports.

While in school, Dobberteen completed an electrical internship and after graduation began doing side gigs wiring houses but had always dreamed of something more.

“My one sister was murdered so I joined the Marine Corps to kind of escape all that,” he said. 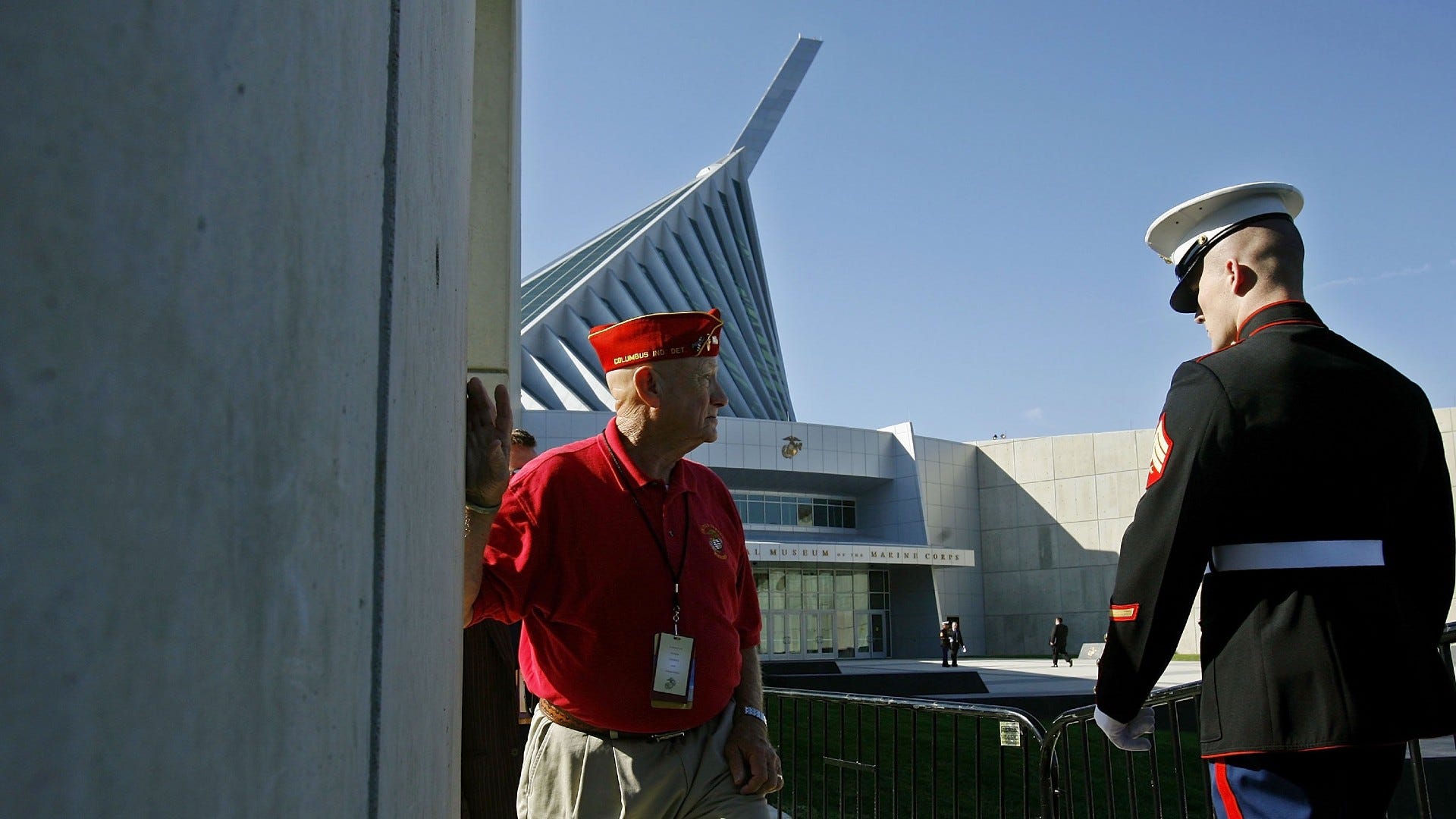 Marine Museum set to benefit from sale of commemorative coins

He joined the Marines In early September of 2001 as an infantryman. In 2002, he deployed to the Middle East a total of three times, including one as a Marine Raider. While in Iraq, Dobberteen was wounded by a roadside bomb and rifle fire, which left him 100% disabled and suffering from traumatic brain injury, post-traumatic stress disorder and many other injuries.

When Dobberteen returned home from war, he had a hard time readjusting to civilian life. He moved to Texas, where he said devised a plan to commit suicide.

“The day I was sitting on the bed with a .45, Eric Clapton’s drummer called me, said they found one of my songs on MySpace and wanted to record it,” Dobberteen said. “I was really rude to them on the phone because I thought it was a crank call.”

The call was anything but a prank. Clapton took Dobberteen under his wing, giving him the chance to perform around the country. 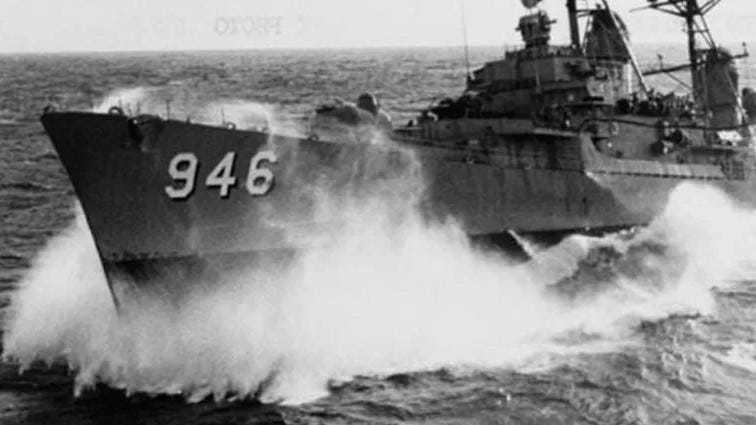 “One thing I didn’t have a lot was electronics or pedals, because they’re just so expensive,” he said. “I started building these electronic kits with other veterans, but all the parts were never in there.”

That sparked Dobberteen to learn all he could about electronics. He eventually began building his own pedals with a group of his veterans.

“I would get an idea from a pedal, then I’d try to make my own from scratch,” he said.

Dobberteen joined Semper Fi & America’s Fund’s Apprenticeship Program to learn how to combine his passion for music with business. With its support, he started Fallen Raider Audio — an electronics manufacturer that creates high-quality guitar pedals. 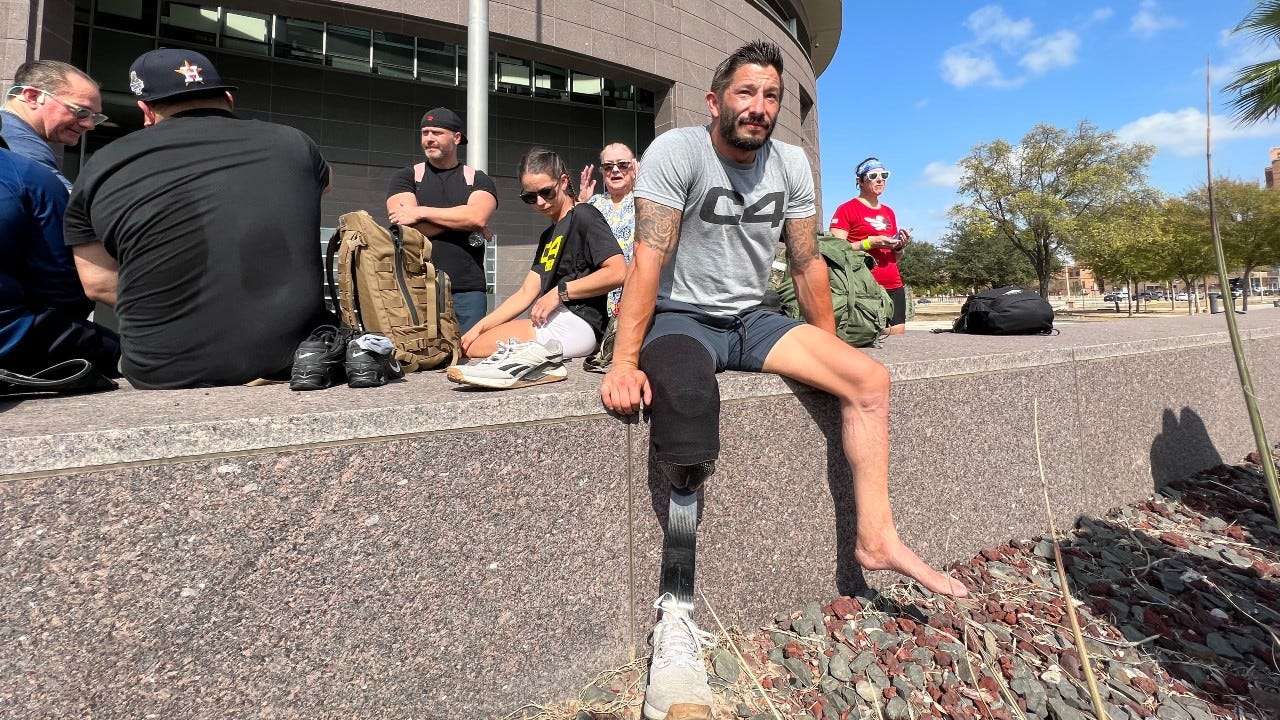 He started the nonprofit Pathfinders Outdoors: His Little Studio & Mentoring with the goal of helping fellow vets via mentoring, learning audio and music as well as hunting and fishing together. Dobberteen and his team have had over 300 Mentoring Sessions since January 2019.

“I could not have done this without the Semper Fi and America’s Fund,”  he said. “They’ve changed my life. They lift us up.”

Dobberteen had this message for his fellow veterans who might be currently experiencing a dark space.

Veterans and military personnel experiencing a mental health crisis can contact the Veteran Crisis Line at 988, Press 1. They also can text 838255 or chat online at VeteransCrisisLine.net.