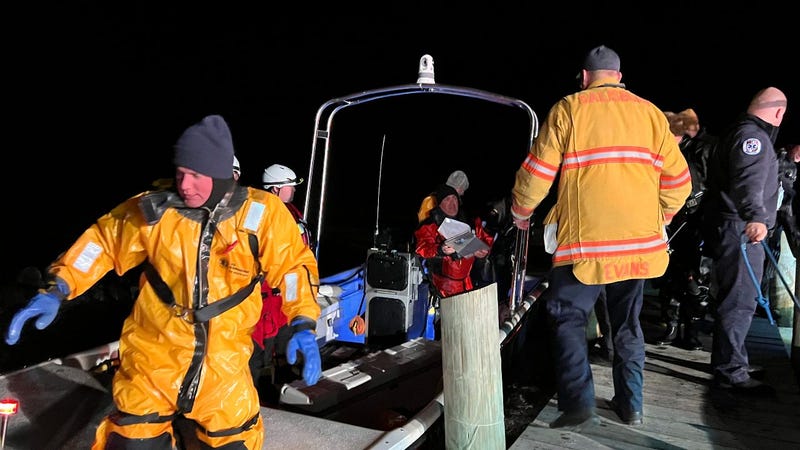 In a photo provided by the Ocean City Fire Department, emergency workers take part in a rescue operation after a U.S. Navy E2-D Hawkeye aircraft crashed in waters near the Eastern Shore boundary of Virginia and Maryland, near Stockton, Md., Wednesday, March 30, 2022, killing one person, authorities said. Photo credit Ryan Whittington/Ocean City Fire Department via AP
By The Associated Press

Two crewmembers rescued from the midweek crash of a U.S. Navy aircraft in Eastern Shore waters near the Virginia-Maryland line have non-life-threatening injuries and remain hospitalized, authorities said Thursday.

The third crewmember died in the crash Wednesday evening of the Navy E2-D Advanced Hawkeye.

Lt. Cmdr. Rob Myers, a spokesman for Naval Air Force Atlantic, told The Associated Press the aircraft was conducting routine flight operations near Wallops Island, Virginia, when it went down.

Two crewmembers were rescued and taken for treatment at a local hospital, according to a Naval Air Force Atlantic news release.

Divers and first responders helped recover the body of a third crewmember, who was found dead in the aircraft, officials said.

“This is a tremendous loss for both our squadron and for the family and friends of our fallen service member,” said Cmdr. Martin Fentress Jr., Commanding Officer of VAW-120. “We are deeply saddened by this tragic loss and are committed to determining the cause of this incident.” 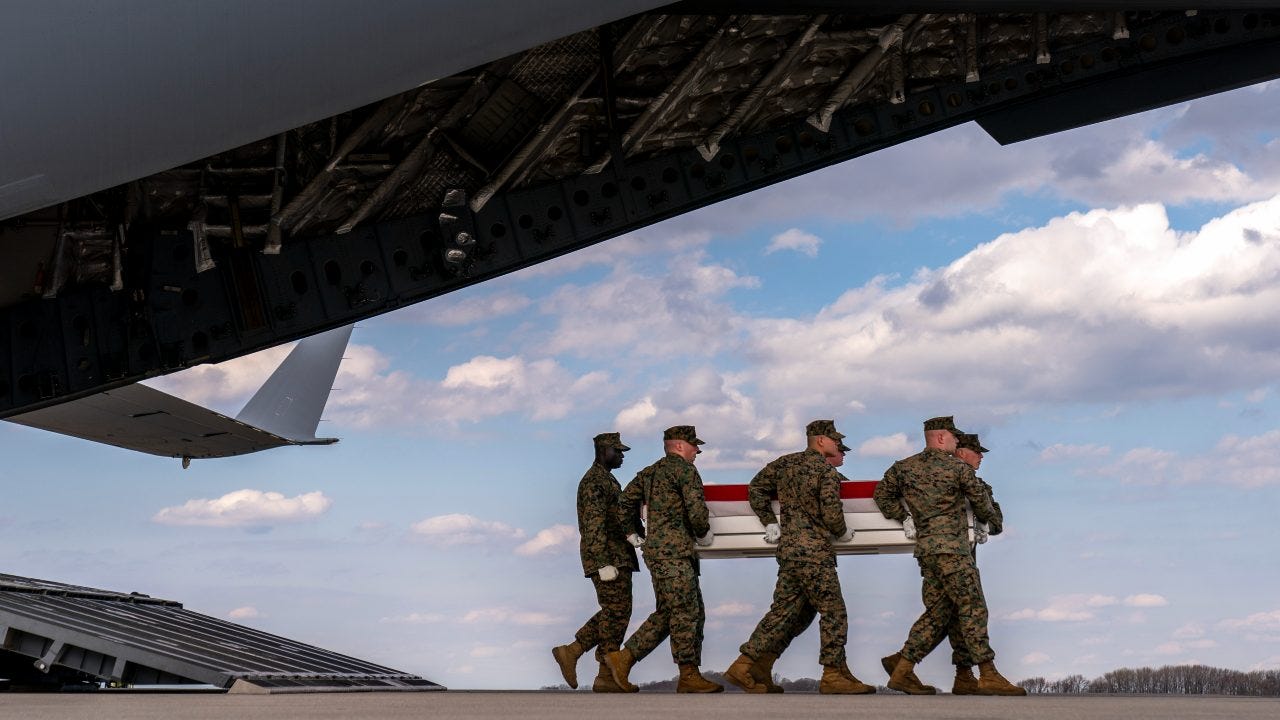 Bodies of Marines killed in NATO exercise returned to U.S.

Officials declined to immediately release the injured crewmembers' names, citing privacy concerns. They added that tje name of the deceased crewmember won't be released until next of kin are notified.

Authorities said a salvage plan for the aircraft is being developed.

The advanced tactical airborne early warning aircraft was attached to the Airborne Command and Control Squadron 120 at Naval Station Norfolk and the crash remains under investigation, officials said. Reports indicate that the plane's fuel tanks remain intact, with no concerns for public health.

Ryan Whittington, a spokesman for Maryland's Ocean City Fire Department, told AP late Wednesday that his agency and several others responded after the plane went down in Chincoteague Bay, helping to remove the crewmembers.

The crash site is about 150 miles (240 kilometers) east-southeast of Washington, D.C 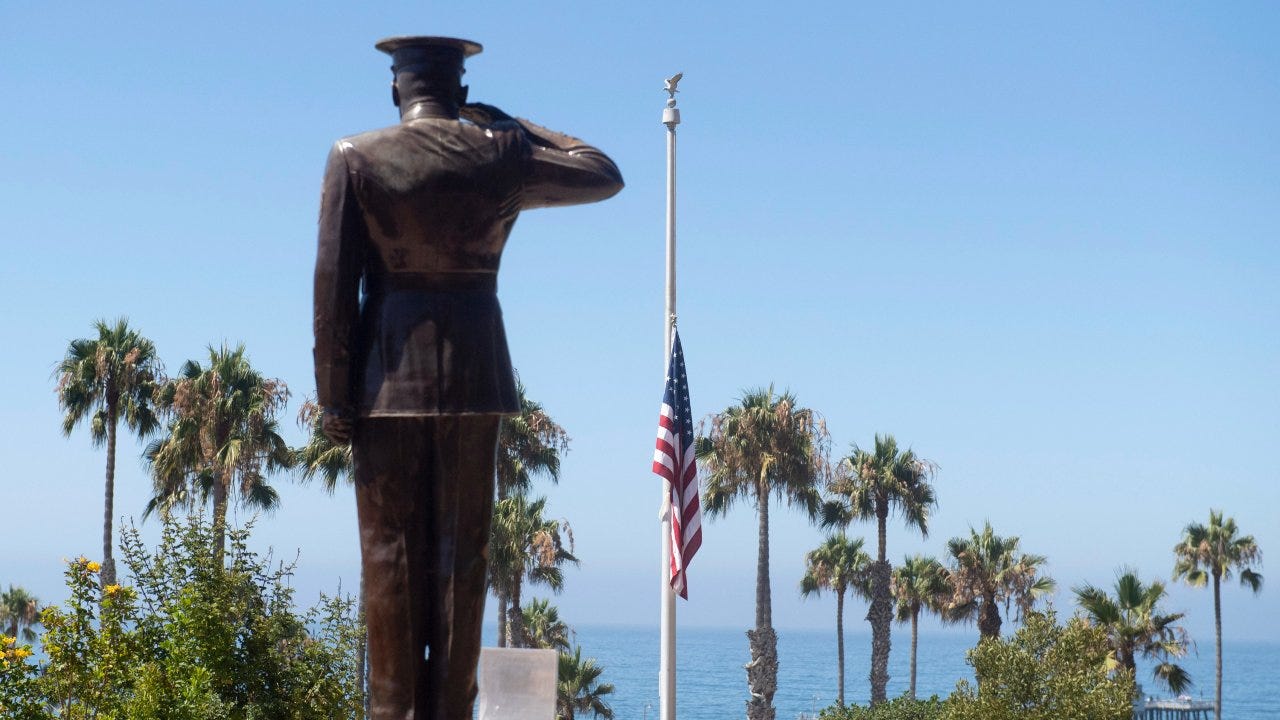