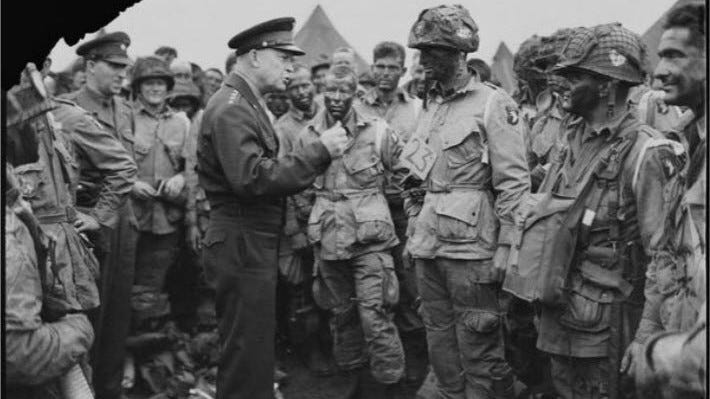 General Dwight D. Eisenhower gives the order of the day. Full victory-nothing else to paratroopers in England, just before they board their airplanes to participate in the first assault in the DDay invasion. Photo credit National Archives
By Julia LeDoux

A wreath-laying ceremony and the heartfelt thanks of the intimate crowd gathered at the National World War II Memorial in Washington, D.C. marked the 77th anniversary of D-Day on Sunday.

On June 6, 1944, Allied forces landed in Normandy, France to begin the liberation of occupied Europe from the control of Nazi Germany. The invasion marked the beginning of the end of World War II. 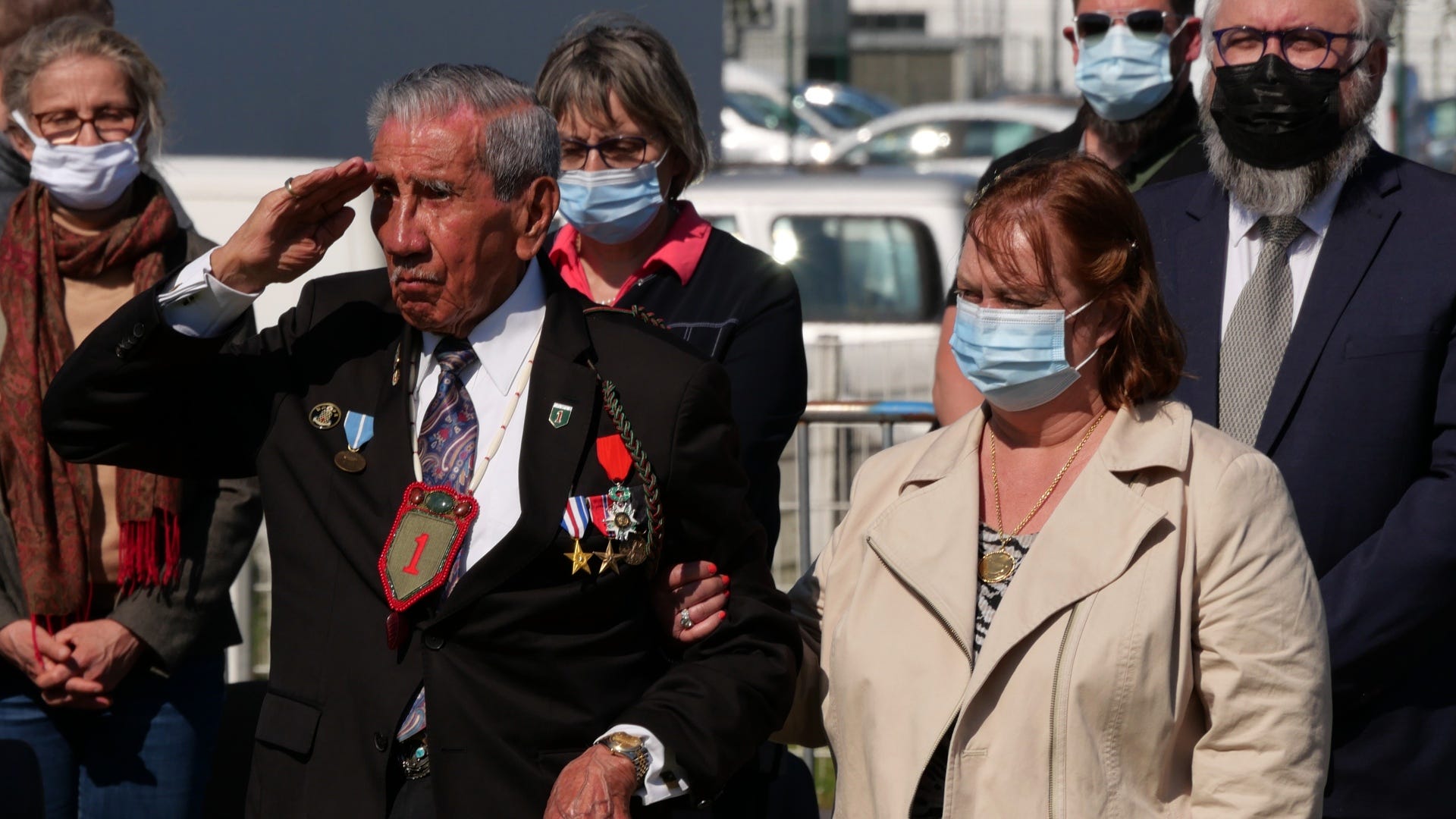 D-Day spirit of remembrance lives on, despite the pandemic

“We are here today to recognize those who led and those who served in that operation and also those who made the supreme sacrifice on our behalf,” said Josiah Bunting, chairman of the Friends of the National World War II Memorial.

During the ceremony, The Friends of the National World War II Memorial paid tribute to the more than two million Allied service members who took part in Operation Overlord and honored the more than 225,000 Allies who were killed, wounded, or missing during the operation, including the 9,000 who became casualties on D-Day.

“The Allied actions that day allowed more than 100,000 soldiers to begin the march across France towards the Allied defeat of Nazi Germany,” said Mike Leneto during remarks that welcomed attendees to the event.

Hundreds normally gather to mark the anniversary of D-Day, but the event was scaled back due to the ongoing coronavirus pandemic.

Friends of the National World War II Memorial also said it expects a plaque with President Franklin D. Roosevelt’s D-Day prayer to be completed by June 6, 2022. The plaque will complete the memorial. 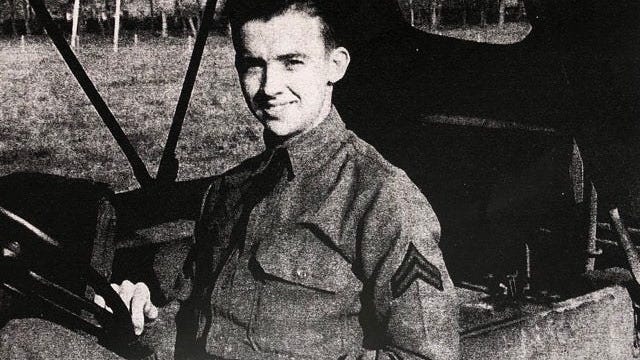 "They put up one hell of a fight. They tried to kill us all.": Veteran returns to Normandy 75 years after D-day landing